The Jerusalem Prayer Breakfast – a movement that urges countries to politically and prayerfully support Israel – is expecting to expand its reach to another nation when it heads to Brazil in the coming months for its first South American event.

And it couldn’t come at a more critical time for the continent’s largest nation.

The precise timing of the event hinges on the outcome of Sunday’s election, where pro-Israel President Jair Bolsnaro is facing a serious challenge from left-wing former President Luiz Inácio Lula da Silva, known in Brazil as Lula.

Under Bolsonaro – elected in 2018 – Israel and Brazil saw a blossoming of their diplomatic relations. Bolsonaro vowed to move his country’s embassy to Jerusalem – a vow yet fulfilled but a possibility in the coming months – and adopted similar pro-Israel policies to those of former U.S. President Donald Trump.

Jerusalem Prayer Breakfast Director Albert Veksler told ALL ISRAEL NEWS that his organization has been building connections in Brazil since 2018. Veksler himself met with Bolsonaro and explained to him “how nations and empires throughout history rose and fell based on how they treated the Jewish people.”

In September, First Lady Michelle Bolsonaro – a devout Evangelical – invited Veksler and his wife, Heli, to stay at the presidential palace in Brasilia as they visited the country to meet with political leaders and prepare for the Jerusalem Prayer Breakfast. The first lady even offered to personally host the event in Brasilia. 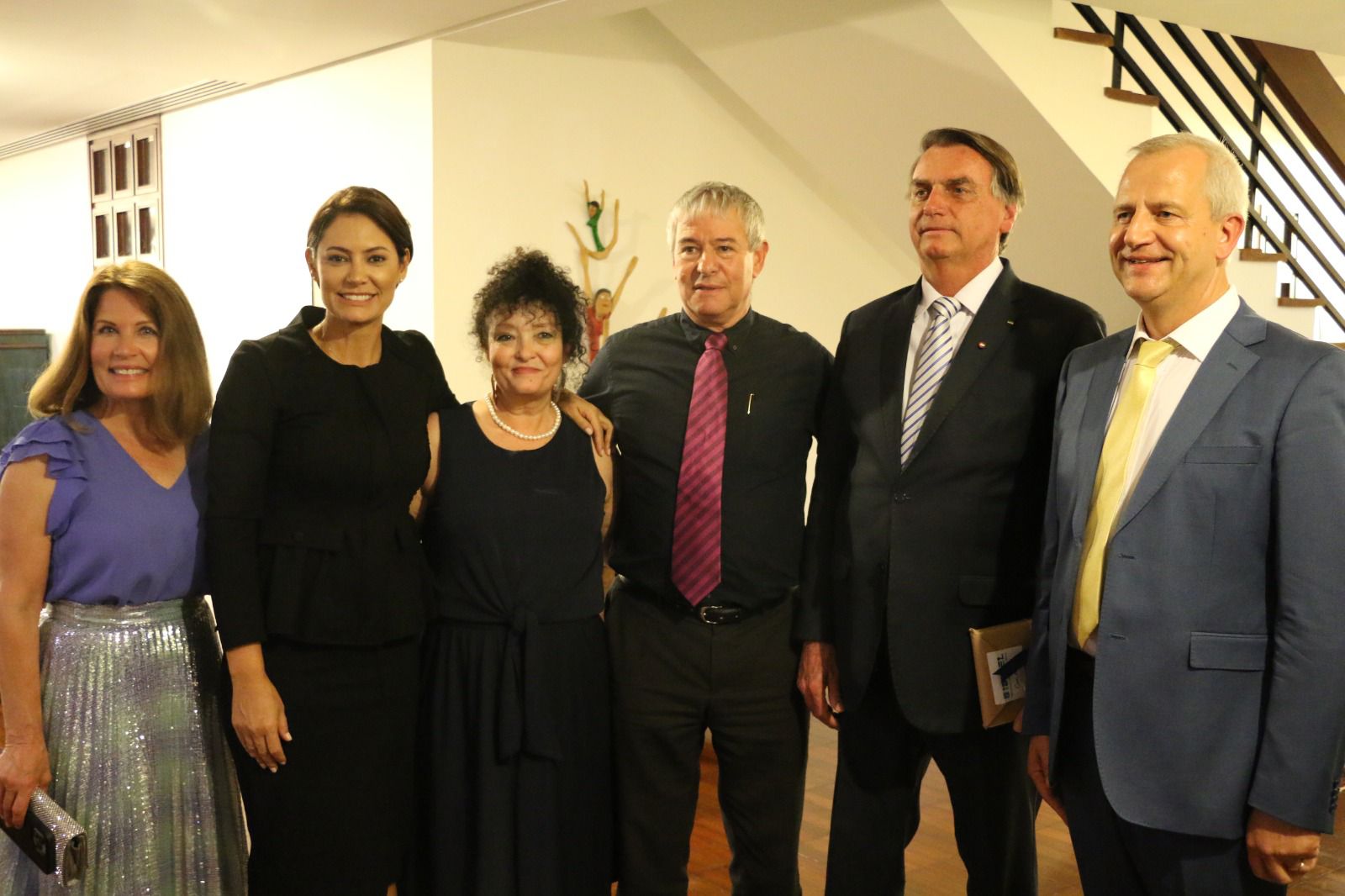 “I believe that there is an opportunity that has been given by God to this nation to see the best days of its history yet,” Veksler told ALL ISRAEL NEWS.

Veksler noted that in recent months, conservative parties which express biblical values are gaining traction in various countries across Europe, such as Sweden and Italy, where Sen. Matteo Salvini declared Jerusalem the capital of Israel during a 2021 Jerusalem Prayer Breakfast.

“A year later we are seeing a major change coming to the Italian political spectrum,” Veksler said. “We are seeing a new a reality in Italy, the same in Sweden and hopefully in Brazil.”

“Israel is the land of the book, the birthplace of monotheism and our faith but it teaches us about tolerance,” she said at the 2021 event.

“Sustaining Israel means sustaining such values because it is the land of these values. Unfortunately, the enemies of Israel are not just around them, they are also here in the West. The hatred against Israel is not only from Muslim terrorists, but also from those who criticize her, who want to see Israel disappear, who want to boycott their products and damage their economy,” Meloni continued. “We are committed to fight all of those hostilities against the State of Israel.”

Meloni is head of the right-wing Brothers of Italy party.

WHAT WILL HAPPEN IN BRAZIL?

With 15 global Jerusalem Prayer Breakfast events since 2017, in addition to several held in Israel, Veksler believes prayer and awareness are bearing fruit.

“There is a connection here – at least that is my opinion. I connect those dots,” he said.

But whether Bolsonaro's pro-Israel policies will continue if the left-wing Lula is elected remains to be seen.

During a previous term, Lula recognized the State of Palestine in 2010 calling for pre-1967 borders, “which triggered several other Latin American countries to do the same.”

The Times of Israel said this was part of Lula’s “alignment with extremist governments such as Iran and Libya.”

“At that time, Brazil donated $10 million to the Hamas terror group, which rules the Gaza Strip and is vowed to Israel’s destruction. Lula’s political heir, Dilma Rousseff, continued the anti-Israel sentiment during her term until she was impeached in 2016,” the news outlet reported.

On the other hand, Jair and Michelle Bolsonaro have a strong connection to Israel, where he was baptized in the Jordan River in 2016.

With lagging poll numbers, Michelle Bolsonaro has taken a more prominent role in the campaign and has been tapped to rally the Evangelical vote. She shared the spotlight at her husband’s inauguration when she gave her own speech in sign language and has positioned herself as an advocate for inclusion and rights for people with special needs. Veksler said Michelle Bolsonaro welcomes people with disabilities to the presidential palace’s pool on a weekly basis and was behind the effort to take in Christian refugees from Afghanistan after the country fell to the Taliban in August 2020.

Lula is currently leading in the polls, some of which put him at 50% – enough to avoid a run off. In 2017, Lula was convicted of corruption and sentenced to nine years in prison preventing him from running against Bolsonaro at the time. But in 2021, the Supreme Court nullified these convictions, ruling that the court in which he was tried did not have jurisdiction, thus allowing him to run again.