We’re a non-profit and this a non-partisan news and analysis service. So, we don’t endorse candidates in the U.S., Israel, or any country.

But we can hardly avoid this question.

Israeli business leaders, politicians, reporters and everyday citizens ask me this all the time.

So do Arab diplomats and journalists that I speak with regularly.

Everywhere I travel here in the U.S., I’m being asked this question.

Politicians and pundits are openly and constantly discussing it.

And it’s not only Republicans raising the topic, but Democrats, as well.

One of Trump’s pollsters, Tony Fabrizio, is openly hinting that Trump will run, and can win next time.

“Poll after poll clearly demonstrates that former President Donald Trump is still the 800-pound gorilla in the GOP and would be its 2024 nominee should he run,” Fabrizio told Politico, based on his surveys in five key swing states.

“This new data clearly shows that today the voters in these five key states would be happy to return Trump to the White House and send Biden packing,” Fabrizio added.

Trump himself is certainly hinting he’s interested and preparing.

“During a call with radio host Hugh Hewitt…Trump declined to name a successor if in fact he doesn't run for president, but said his base ‘will be very angry’ if he decides to remain a private citizen,” ABC News reported earlier this month.

All that said, is The Donald – now 75 years old – really going to pull the political trigger and run again when he turns 78?

DINNER AT THE “WINTER WHITE HOUSE”

With this question very much on my mind, I had the rare opportunity to have dinner with friends for the first time at Mar-a-Lago and spent time with the 45th president.

I’ll share my more on Trump in a moment.

But first, his house – or rather, his sprawling estate.

It’s truly a sight to behold.

The gorgeous, opulent, and historic beachside resort looks and feels like a Moroccan royal palace.

And that’s by design. 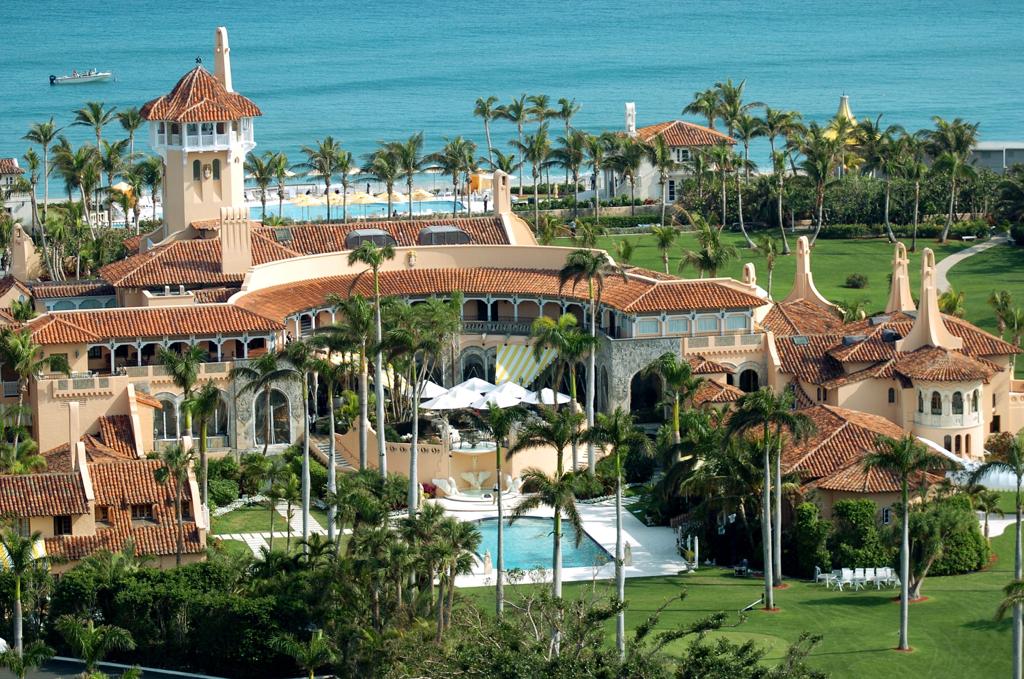 It was built in a Moorish style in the 1920s as a private home for Marjorie Merriweather Post.

At the time, she was the wealthiest woman in the United States, the heiress to the Post-brand cereal company founded by her father.

How the family made a billion dollars from selling Raisin Bran and Cheerios is another story for another day. 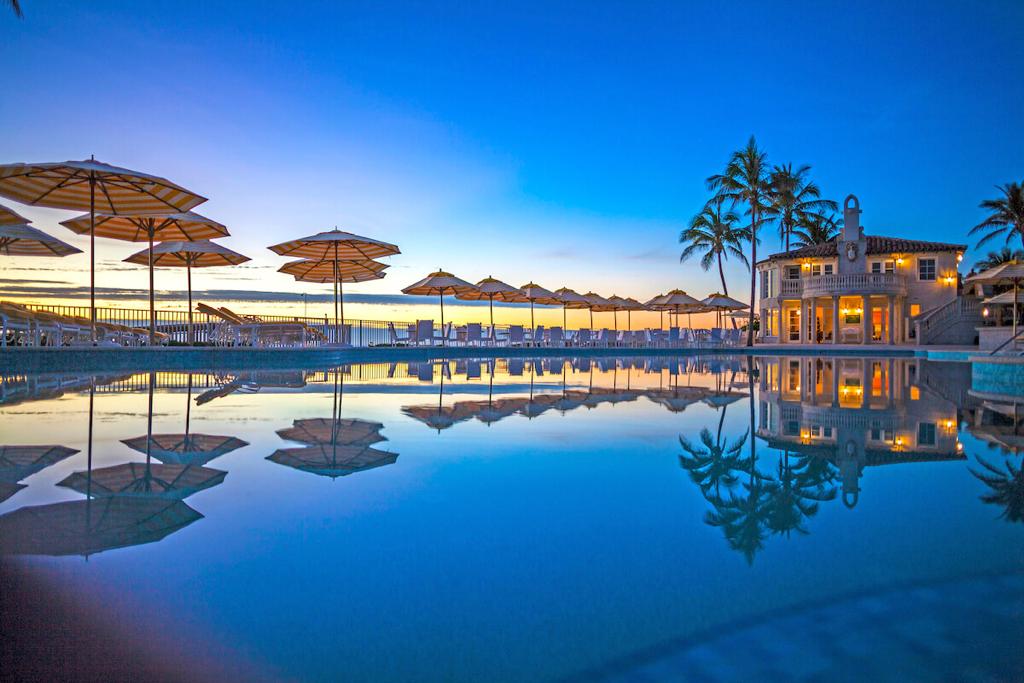 After she died in 1973, her will stipulated that Mar-a-Lago be donated to the federal government to be a “winter White House.”

But Richard Nixon, embroiled in scandal, couldn’t use it.

Jimmy Carter, positioning himself as a humble peanut farmer from Plains, didn’t want to use it.

Ronald Reagan had his own “Western White House” in California, the Reagan Ranch.

So, the federal government finally put the property up for auction.

That’s when Donald J. Trump made his move.

Trump renovated and refurbished the estate, then opened it in 1994 as a private, members-only club and resort.

For decades, it served as an ideal location for Trump to meet and host and court and win over wealthy CEOs and powerful political elites.

All of this helped him build his massive business empire, and lay the groundwork for his 2016 presidential campaign.

HOW I GOT TO MAR-A-LAGO

As it happened, I was invited to have dinner here by one of the club’s longtime members, Chris Ruddy, the founder and CEO of Newsmax, and one of the most impressive and innovative conservative media moguls that I’ve ever met. 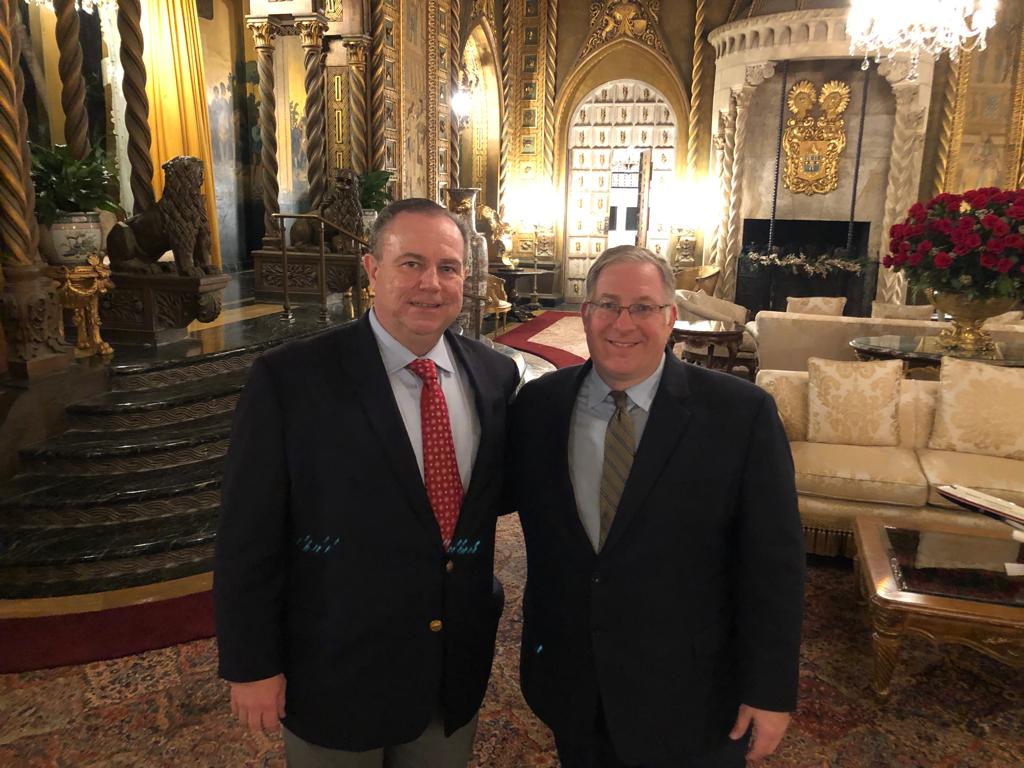 More recently, he launched Newsmax TV, which has surged to become one of the most-watched and fastest growing cable news networks in the country.

We’ve known each other for years – I believe we first met when I was working for Rush Limbaugh back in the mid-90s.

Ruddy had asked me to come to the Newsmax TV studios and headquarters in Boca Raton on Friday to discuss my new book, "Enemies and Allies: An Unforgettable Journey inside the Fast-Moving & Immensely Turbulent Modern Middle East" on the air.

I was happy to do so, appearing on anchor John Bachmann’s show, explaining how America’s worst enemies – the regimes in Russia, China and Iran – are being emboldened by their growing perception of President Joe Biden’s weakness, at home and abroad.

Bachmann also, of course, asked me about the top story on our news site that day – Trump lashes out at Netanyahu, says ‘F**k him’

A few hours later, my 25-year-old son, Jacob, and I drove from Boca Raton to Palm Beach and arrived at Mar-a-Lago.

Ruddy graciously welcomed us and introduced us to three other guests he had invited to join us for dinner, including a former Trump administration official, a D.C. political operative and a prominent (and very impressive) Senate candidate.

Ruddy gave us a wonderful and insightful tour of the grounds and many of the key rooms and special features of the resort, sketching out its unique history, including where the summit with Chinese President Xi Jinping was held.

Dinner itself was sumptuous. Our discussions were lively. The music was lovely. The other guests around us were as wealthy and powerful and influential as you could imagine. 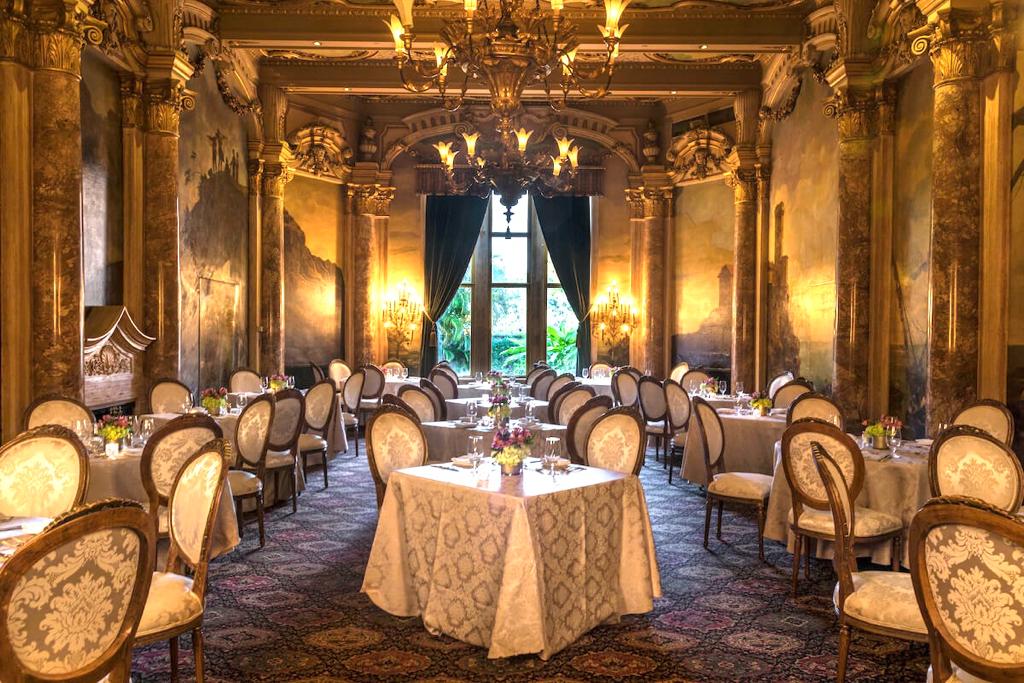 Jacob and I were not exactly in our element, but I can’t say it wasn’t fascinating – it absolutely was.

After dessert, President Trump and Melania surprised us by coming over to our table to welcome us and we all had a wonderful and extended chat.

Melania had a friend with her, they were deep in discussion with each other, so she didn’t actually engage with us.

Trump stayed at our table quite a while.

How could we not?

Indeed, the conversation was wide-ranging, with a lot of surprises and laughter.

I wish it was on the record, but unfortunately it was not.

BUT, IS HE RUNNING?

In the end, however, I couldn’t walk away being certain whether Trump is going to run in 2024.

I am certain that he wants to – to rescue the country that he says “is going to hell.”

To advance his policies and priorities and undue the damage he believes Biden is causing.

And to vindicate himself and vanquish his political enemies.

He has a massive business empire to rebuild.

And he seems to really enjoy holding court at Mar-a-Lago, and having politicians, CEOs, journalists and so many others come and visit him and ask his opinions and listen to his stories.

I was hoping to walk away being certain of his intentions one way or the other.