While the international community is currently focusing on various ways to prevent Tehran from acquiring nuclear weapons, Iran is simultaneously expanding its conventional military capabilities and sharing its expertise in unmanned aerial vehicles (UAVs) with terrorist groups across the Middle East.

On Sunday, Gantz spoke about the Iranian drone threat at the Institute for Counter-Terrorism Policy at Reichman University in Herzliya, north of Tel Aviv.

"Iran has created ‘emissary terrorism’ under the auspices of organized terror armies that help it achieve its economic, political and military goals. Iran is trying to transfer its knowledge that will enable Iraq, Syria and Lebanon. Also in the Gaza Strip, to produce advanced UAVs,” Gantz said.

The Iranian UAV air base is reportedly located north of the city of Isfahan in central Iran and serves as “a linchpin of the Iranian effort to export aerial terror to the region,” according to Gantz. 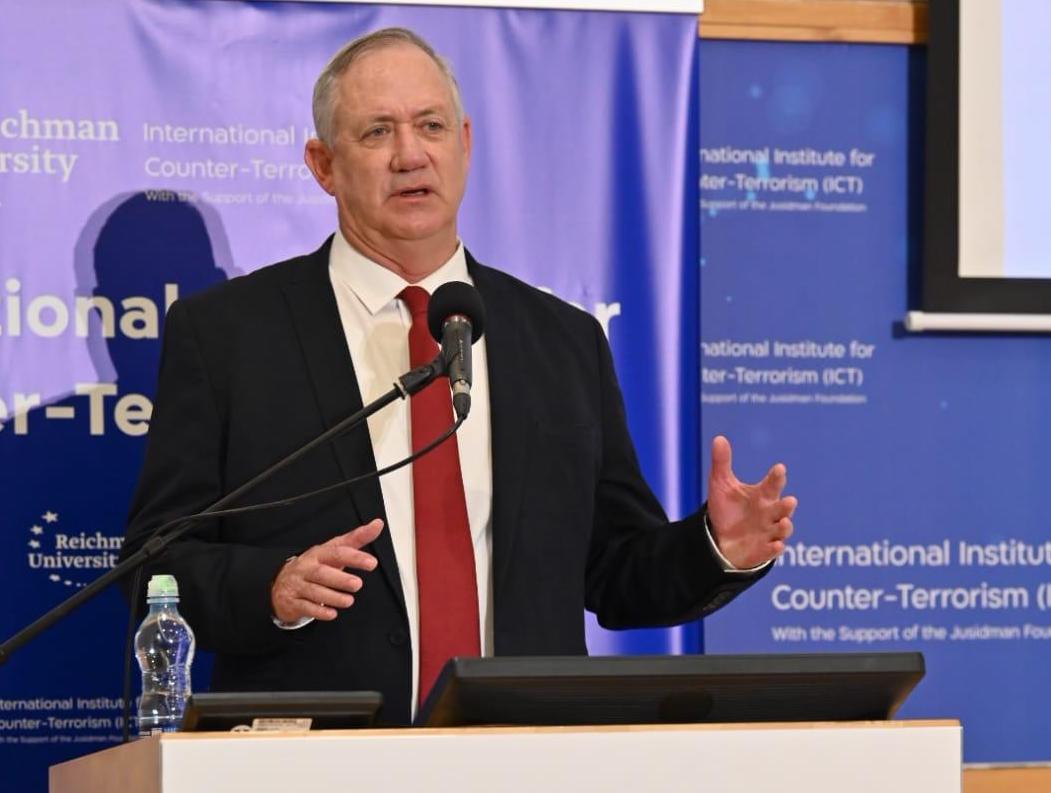 “One of the significant tools that Iran has developed to assist its proxies is an array of unmanned aerial vehicles that can travel thousands of kilometers, and thousands of them are spread throughout Yemen, Iraq, Syria and Lebanon.”

Iran’s increased efforts to integrate its UAV technology within its terrorist proxy network has profound implications for much of the Middle East. Iranian-sponsored Houthi terrorist militias in Yemen have deployed drones in its attacks on Iran’s regional rival Saudi Arabia.

In late July, Iranian drones attacked the Israeli-managed commercial ship, Mercer Street, killing the ship’s Romanian captain and a British crew member. In addition, Iran has been exporting its UAV technology to two radical anti-Israel terrorist groups, Hezbollah in Lebanon and Hamas in the Gaza Strip.

Reflecting on the 20th anniversary of the devastating 9/11 terrorist attacks in New York, Gantz stressed that the proliferation of drones with explosives has enabled terrorists to carry out extensive terrorist attacks without needing to hijack airplanes.

“You can have the same effect of a direct strike on relevant assets in different and no less deadly ways,” Gantz said.

Since UAV technologies are far cheaper than conventional air forces, it has enabled the cash-strapped Iranian regime and its terrorist proxies to level the playing field with Western militaries such as the United States and Israel.

“In the near future, weak and deteriorating nations will continue to serve as locations for the presence and operation of terror armies. Therefore, the anchors for counterterrorism will continue to be the development of intelligence superiority and offensive capabilities, targeted killings of key figures, and developing and strengthening systems that combine air defenses with territorial defenses,” Gantz said referring to weak and failed states such as Afghanistan, Yemen, Syria and Lebanon.

Meanwhile, the Jewish state is also focusing on stopping Iran’s race toward a nuclear bomb. During his recent visit to Russia, Israeli Foreign Minister Yair Lapid warned that if the world does not stop Iran, Israel reserves to do so.

In August, Gantz warned that Iran is merely two months away from a nuclear bomb and urged the international community to prepare a plan B to stop the Iran’s quest for nuclear weapons.