On a tragic day in which 13 U.S. servicemen were killed in Afghanistan, ALL ISRAEL NEWS and ALL ARAB NEWS editor Joel C. Rosenberg appeared on the Fox News Channel Thursday night to provide analysis and context to the worsening crisis.

During two separate segments with anchor Shannon Bream, Rosenberg was sharply critical of President Joe Biden, saying if he cannot handle the Taliban he will not be able to confront Iran.

This presents a challenge for all of the Middle East, especially Israel – America's key ally in the region. The chaos in Afghanistan is a "big challenge for our new Israeli prime minister, Naftali Bennett."

"He wants to have a spirit of cooperation. He wants to reset relations between Biden and Israel, which were strained under Netanyahu, even though Netanyahu did a great strategic job for Israel, overall," Rosenberg noted.

The two are set to meet this morning in Washington and foremost on Bennett's mind is likely a nuclear Iran. But Biden's poor performance during the U.S. military withdrawal from Afghanistan has not inspired hope for the Israeli government.

"Joe Biden is not showing that he's strong with our allies. He's not creating fear in our enemies," Rosenberg said. "And that weakness is opening up the floodgates. And I, who live in a small country in the Middle East, I'm horrified by what I'm seeing in Washington."

Here are excerpts from the interviews:

SHANNON BREAM: Joining us is Biden campaign surrogate Kevin Walling; ALL ISRAEL NEWS Editor Joel Rosenberg, author of the brand new book, "ENEMIES AND ALLIES" about tense relationships in the Middle East, that's out Sept, 7; and former chairman of the House Oversight Committee [and] Fox News contributor Jason Chaffetz. Thank you all for being with us. Thank you…

Joel, tomorrow he [President Biden] is going to have, probably, a somewhat tense conversation. Israel's new prime minister – where you live full-time now over in that region – is here in the U.S. Was supposed to meet with the President today at the White House – obviously what happened today pushed that off. They're going to have a conversation tomorrow. But what is the impact? What is the worry, the concern from the Israelis, now that they're watching what's happening, play out in Afghanistan with respect to the U.S.? 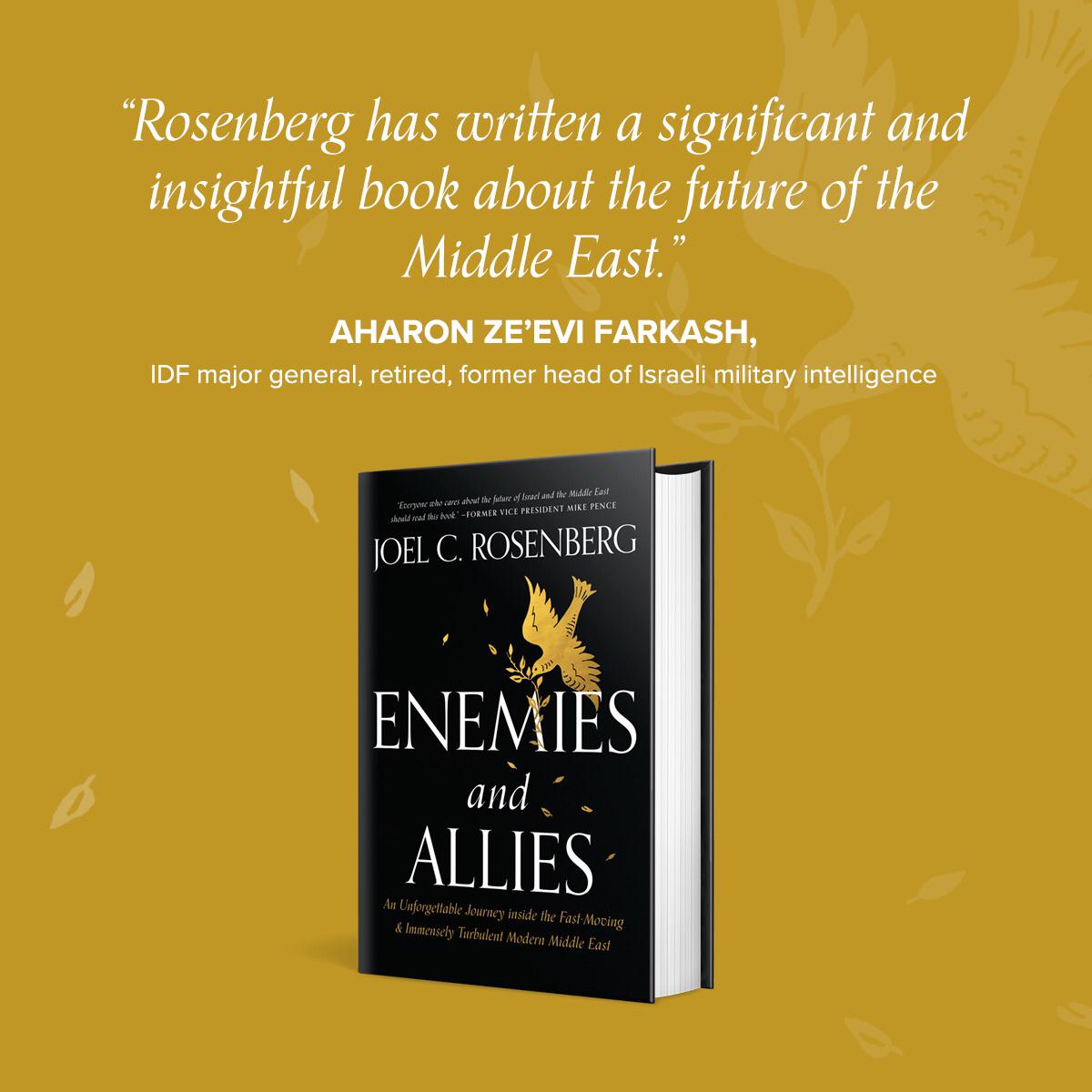 ROSENBERG: Right. Well, this is a big challenge for our new Israeli prime minister, Naftali Bennett. He wants to have a spirit of cooperation. He wants to reset relations between Biden and Israel, which were strained under Netanyahu, even though Netanyahu did a great strategic job for Israel, overall.

The problem that Bennett sees is this, Shannon, if Joe Biden can't handle the Taliban, how is he going to stop Tehran from building nuclear weapons?

If he shows such weakness against the Taliban, that does not bode well for our larger strategic interests, not for Israel, not for the United States.

And this is one of the main points I make in "ENEMIES AND ALLIES." To misunderstand the nature and threat of evil is to risk being blindsided by it. Joe Biden does not understand radical Islam. He got blindsided by the Taliban. Tehran is next. And that's what we all fear…

BREAM: Joel, we talked about the fact that there's an Israeli delegation — including the new prime minister — who will meet with the president tomorrow. That was delayed because of the events of today. Give us the setting again for what this means to that region, watching this unfold with the U.S. leaving Afghanistan in a way that brings, you know, no positive connotations whatsoever.

ROSENBERG: Well, the Israeli prime minister, Naftali Bennett, is a former special forces commando himself. He was our defense minister. He's a protege of former Prime Minister Benjamin Netanyahu. So he's got a lot of experience, actually. But he came in [to Washington] and the whole plan was talk [to Biden] about Iran, [since] Iran is rapidly moving towards nuclear weapons. And he's still going to talk about Iran. But Biden is distracted. And I made this point in the previous hour.

And as I point out in my new book, it's coming out soon – "ENEMIES AND ALLIES" – Biden is not showing strength with our enemies, and he's not giving building trust with our allies.

What he needs to do is sit down with the key leaders of the region, the Arab Muslim leaders who fight radical Islam every day.

I actually do that. In the book, I take you into the palaces and you meet the king of Jordan, the president of Egypt, the crown prince of Saudi Arabia, and the others. And I talk to them for hours, on the record – it’s in the book – how they fight radical Islam, how they understand it.

Biden clearly does not understand radical Islam. And he's got to stop pretending that he does, because Americans are dying because of he completely doesn't get it. And it’s humiliating…

BREAM: Joel, you live in the region. And now what we're hearing is concern – growing concern – about this [Afghanistan] being a jumping off place, a breeding ground, for other terror groups. We've seen what ISIS-K is believed to have done with killing 13 of our service members today. But there are many, many other groups and factions and, you know, lots of bad guys, as I said earlier, in that region. Do you worry that this provides more of a place of comfort, a place for them to grow and spawn? 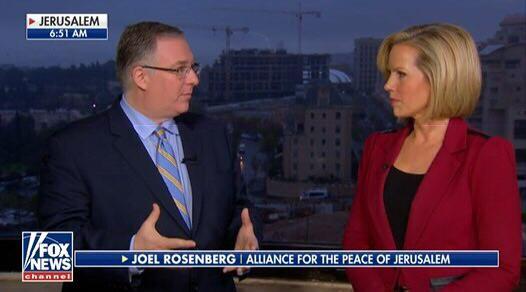 ROSENBERG: Absolutely. There's a lot of enemies, and the enemies are gaining strength. They feel – the radical Islamists inside Afghanistan – feel like they brought down the Soviet Union, and now they're bringing down the United States, that Allah is with them, that the wind is at their back.

One of the things I point out in this new book, "ENEMIES AND ALLIES," is if you look at Biden's record, it's not heartening, right? Because in 2011, he takes pride that he was the one that that convinced Obama to pull all U.S. forces out of Iraq. What happened? Al-Qaeda in Iraq morphed in that vacuum into ISIS and led a genocide, an outright genocide against Christians, against Muslims who disagreed with them in any way, against Yazidis. It was horrifying. And it took a lot of blood and treasure to recapture – and liberate, really – Syria and Iraq.

And what does Santayana tell us? “Those who forget history are doomed to repeat it.”

Joe Biden is not showing that he's strong with our allies. He's not creating fear in our enemies. And that weakness is opening up the floodgates. And I, who live in a small country in the Middle East, I'm horrified by what I'm seeing in Washington.