An investment firm losing money is not a sin. Losing the money of others is though. It’s called stealing and it’s a violation of one of the 10 Commandments: “Thou shalt not steal.”

Theft is the main reason for FTX's crash last week. Founder Sam Bankman-Fried and his colleagues invested millions of FTX customers – without their permission – and then lost it on high-leveraged, high-risk speculative investments. And now FTX is worth zero, actually less than zero. Formerly the second-largest cryptocurrency exchange in the world, FTX went from a $32-billion valuation to bankruptcy in less than one week – the fastest capital loss in history.

If FTX lost 10%, 20%, or 50% on its own cryptocurrency investments, it would still be in business today. But the company lost its customers' money instead.

Money is not evil. Scripture says that the “love of money” is the root of all evil.

For the love of money is a root of all kinds of evil. Some people, eager for money, have wandered from the faith and pierced themselves with many griefs. 1 Timothy 6:10

The love of money – when combined with lying, cheating, stealing and other evil vices – can lead to destruction, as millions of people around the world are witnessing. Millions of families have lost savings and investments, also known as earthly treasures, totaling billions of dollars. It’s all gone.

Proverbs also warns that money can fly away, and FTX’s spectacular downfall is now a real-life example of how true this is:

“For riches certainly make themselves wings; They fly away like an eagle toward heaven.” Proverbs 23:5

Sadly, tens of billions of private and institutional dollars just “flew away” this past week due to reckless and sinful behavior.

The backstory of FTX’s crash is not merely a tale of greed. As more details emerge, it turns out that woke ideology combined with greed is the real “formula” behind FTX’s meteoric rise before its crash.

Greed is defined as an “intense and selfish desire for something, especially wealth and power.” Woke ideology is defined as “alerting others to the injustices in society, with an emphasis on race and climate.”

When these two intersect, the results are devastating.

Convicted scammers like Bernie Madoff or Enron’s CEO, Jeffrey Skilling, were consumed by lust for possessions, power and social status to the point that they were willing to lie, steal and cheat, at the risk of everything. For them, the drive to acquire wealth was so intense that nothing was too risky – not even the possibility of being discovered, jailed, shamed and humiliated for the rest of their lives.

But the FTX fiasco presents a new twist. Stockpiling billions for one’s personal gain is not necessarily the end game. The swindle has gotten so much more sophisticated and deceitful.

The formula goes something like this: It starts with a woke, virtue-signaling accomplice without a conscience or empathy. He hoodwinks others into promoting him as the greatest force for good, because he claims that his unselfish goals benefit mankind. He claims he is motivated by “effective altruism,” drives a humble Toyota Corolla, gives away millions of dollars and promises billions more in his lifetime. Then, he is raised on a pedestal by celebrities and credible, high-profile people who do his bidding and publicly endorse him. Furthermore, he becomes one of the largest donors to the Democratic party, hobnobs with powerful politicians and is a darling of the media, which refers to him as “boy genius” or “the next Warren Buffett.”

Now we’ve got a recipe for what we’ve just witnessed with FTX, the cryptocurrency exchange established in 2019 by then 28-year-old Sam Bankman-Fried whose pseudo-empire crashed as its assets were raided and pillaged by its clever creator. 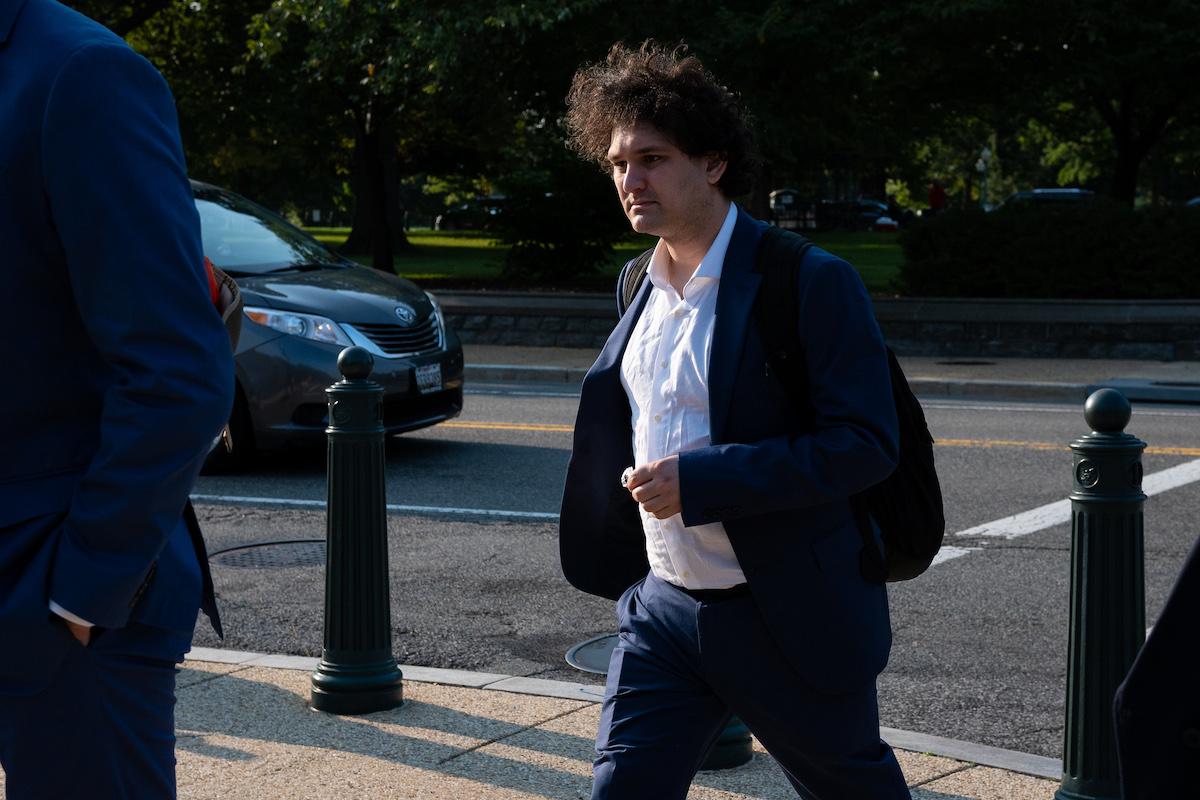 The lies, trickery, deceit and duplicity he employed – as he paid off the right people to shut their eyes to any suspicion – were all necessary instruments in his toolkit, enabling Bankman-Fried to pull off what some believe could be the biggest case of fraud in history.

This is a man who figured out that people were ripe for picking at a time when governmental overreach made cryptocurrency an attractive way to safeguard their money and the protection of a “private crypto wallet” virtually made it impossible for anyone to touch their wealth. The timing of Bankman-Fried's clever scheme couldn’t have been better planned.

So, what was it that got so many financial experts and government higher-ups to believe in an unkempt, funky-hair, Bermuda-shorts wearing oddball who was in a polyamorous relationship with 10 or more other crypto kids in his Bahamas penthouse? Timing had a lot to do with it. Bankman-Fried was able to figure out the times in which he lived – enough to understand that if you speak the right lingo, you can get the keys to the kingdom – and that was just what he set out to do.

Convincing everyone that he was a gentler, kinder billionaire, he went public with his altruistic aspirations to commit his fortunes to the “bettering of our planet.” His video clips promised that the wealth he was amassing would prevent the next COVID wave, solve climate change and rescue wildlife, among other intended goals.

It was this kind of blatant virtue-signaling that attracted certain investors who felt a great affinity to those same goals. And so the deception burgeoned for a period of more than two-years and further drew politicians, senators and the Democratic party – the largest beneficiary of Bankman-Fried’s capital – into its web, which was cleverly funneling money like a well-oiled machine. Conveniently for Democrats, the timing of FTX’s crash was shortly after the U.S. mid-term elections. Bankman-Fried’s empire had served as a political slush fund for the Democratic party, becoming its second-largest backer behind George Soros.

So, the question remains, did Sam Bankman-Fried, also known as SBF, cook up this scheme as a result of his personal greed while paying off the right people to shield him? Or was this scheme cooked up by the powers that be in the Democratic party and by greedy politicians who simply used Bankman-Fried to accomplish their purposes?

Or was it a combination of both?

Neither scenario is comforting, but the latter possibility, if true, would put this case on a whole new level of political corruption. In the meantime, many have lost a great deal of their wealth, much of which was slyly stolen and transferred to a political party.

The wages of sin is death. And we now see that the intersection of woke affinities with greed leads to a death of sorts. Because in order to succeed, it required a death of conscience and compassion – something which the woke Left claim they are better at than the rest of us.

Bankman-Fried has now been named in a class-action suit which alleges a collective loss of more than $11 billion in damages. This is now the permanently stained legacy of a young man who thought he had figured out the system and could milk it for his own benefit. Scripture reminds us in Numbers 32:23 that “our sins will find us out.”

Ungodly lusts, which lead to greed or self-righteous virtue signaling, actually end up in ultimate ruin for the perpetrator and the irreparable harm to others. This is the result of a society that denies God and seeks to install a new set of rules.

Humanity, without a Savior, is bankrupt. It is a rudderless, unguided existence which only leads to a prison of our own making. But the good news is that there is another way. It starts with repenting for thinking we are smarter than God.

“The fool says in his heart, ‘There is no God.’ They are corrupt, their deeds are vile; there is no one who does good.” Psalm 14:1

Only through Him are we able to reject greed and dishonesty which destroys lives. Instead, we must choose to live with true meaning and purpose – not looking at others as a means to achieve our selfish goals, but rather looking to God as the Almighty and the giver and sustainer of life.