JERUSALEM—Many Christians know that the rebirth of Israel is a special, even prophetic story.

Yet few know just how close the U.S. government came to refusing to support the establishment of the State of Israel in May of 1948.

Fewer still realize that most of President Harry Truman’s advisors were dead set against the Jewish state, despite the horrors of the Holocaust.

Or that many American Jews did not support Israel’s rebirth

But God had His purposes. He had His plan to rebuild the sovereign nation state of Israel and regather the Jewish people to the Holy Land, as foretold in the ancient Bible prophecies. And He would not allow anyone or anything to stand in His way.

Yesterday, ALL ISRAEL NEWS published an excellent article by Risto Huvila, a Finnish Christian journalist, sharing some of the remarkable story of how Truman, a Bible believing Christian, became President of the United States 77 years ago this week, and believed it was his calling from God to help bring these ancient prophecies to pass. 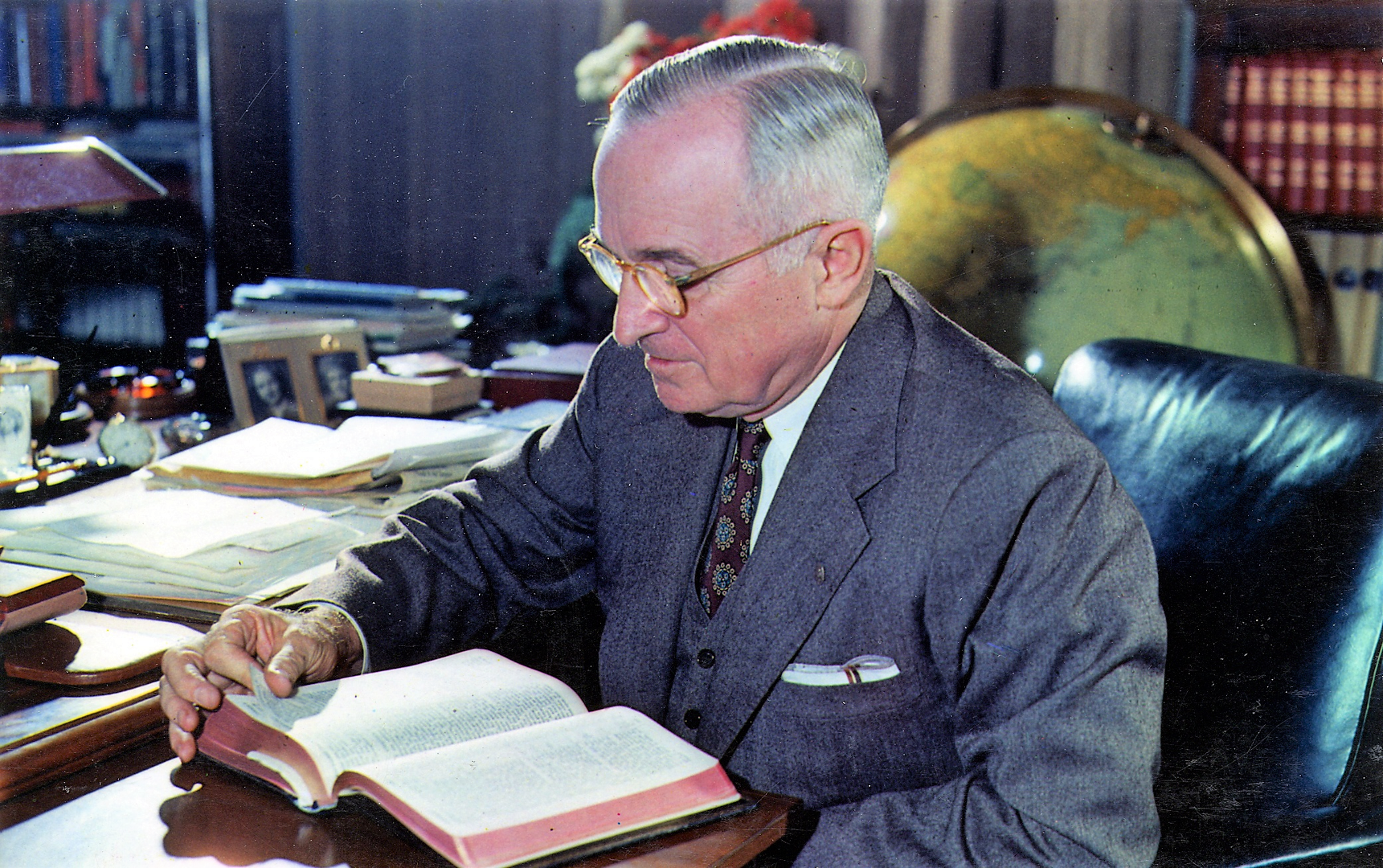 But there is even more to this dramatic and miraculous story.

SHOWDOWN IN THE OVAL OFFICE

Over the past seven decades, the United States has been Israel’s best friend and chief ally.

That warm and strategic relationship began with President Harry Truman’s official and highly public decision to be the first world leader to recognize and support the newly declared State of Israel on May 14, 1948.

Yet even among those who love Israel around the world, few realize the tectonic struggle that took place at the highest levels of the U.S. government that almost prevented Truman from making or implementing that decision.

For most of my life – despite studying Jewish history, traveling to Israel, and working with various Israeli leaders – I myself had no idea just how close the Jewish state came to being denied early and critical recognition by the American government.

Yet about a decade ago, as I was working on a non-fiction book, an Israeli friend recommended that I read “Counsel to the President,” a book that takes readers inside the Oval Office and describes the political infighting against Israel in vivid detail.

What I found absolutely fascinated me.

The book is the memoir of Clark Clifford, a highly respected Democrat who served as senior advisor for and special counsel to President Truman. Later, Clifford served as chairman of the President’s Foreign Intelligence Advisory Board for President John F. Kennedy, as secretary of defense under President Lyndon Johnson, and as an informal but highly trusted advisor to President Jimmy Carter before retiring from government and later passing away in 1998 at the age of 91.

Clifford’s memoir explains his up-close-and-personal role in some of the most dramatic moments of American history in the post–World War II years, from advising Kennedy after the Bay of Pigs fiasco, to helping Johnson seek an exit strategy from the Vietnam War, to counseling Carter during the darkest days of his presidency, to playing poker with Winston Churchill on a train bound for Fulton, Missouri, where Churchill was set to deliver his “Iron Curtain” speech.

Yet Clifford didn’t begin his 709-page tome with a description of any of these events.

His first chapter, titled “Showdown in the Oval Office,” begins like this:

May 12, 1948—Of all the meetings I ever had with presidents, this one remains the most vivid. Not only did it pit me against a legendary war hero whom President Truman revered, but it did so over an issue of fundamental and enduring national security importance—Israel and the Mideast.

Yet Clifford explained that Truman and Marshall were on “a collision course” over Israel that “threatened to split and wreck the administration.”

Simply put, “Marshall firmly opposed American recognition of the new Jewish state,” opposition that was “shared by almost every member of the brilliant and now-legendary group of men, later referred to as ‘the Wise Men,’ who were then in the process of creating a postwar foreign policy that would endure for more than forty years.” President Truman, in contrast, was a strong supporter of Israel, in large part because of his belief in the Bible.”

Interestingly, Clifford noted that Ben-Gurion and his advisors had not yet decided on a name for the Jewish state.

“The name ‘Israel’ was as yet unknown,” Clifford wrote, “and most of us assumed the new nation would be called ‘Judaea.’” 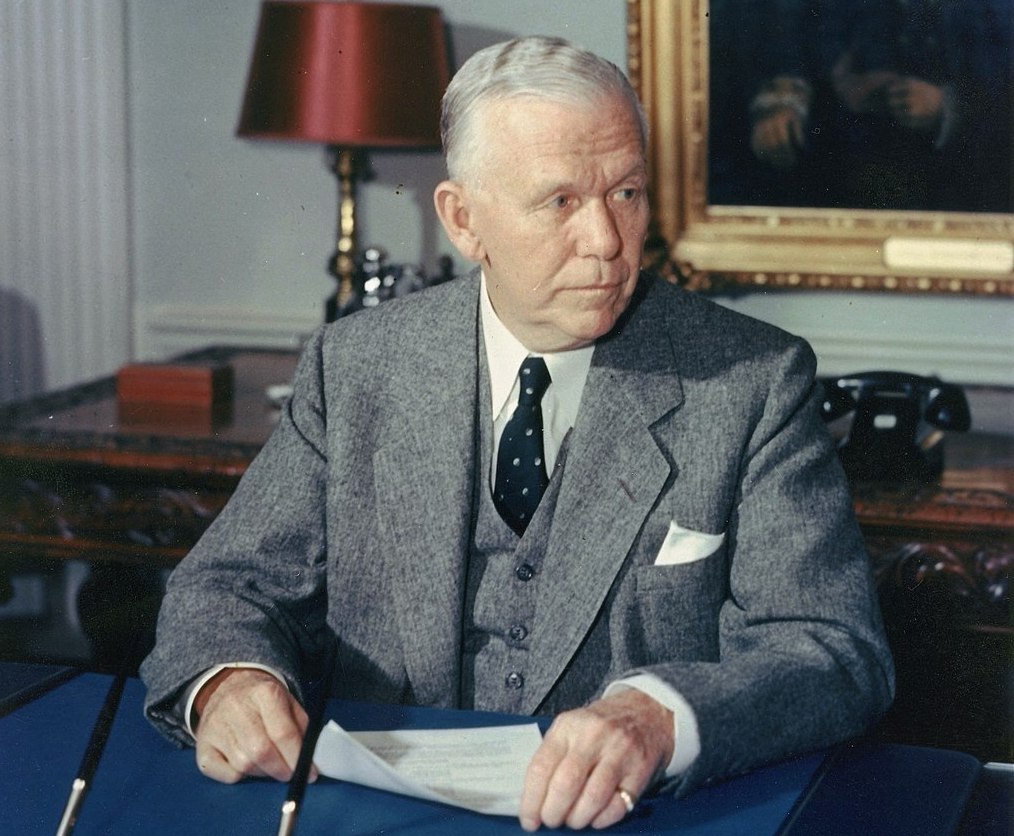 George C. Marshall in his office at The Pentagon when he served as secretary of defense (Photo: Marshall Foundation Archives)

MANY AMERICAN JEWS OPPOSED THE REBIRTH OF ISRAEL

Also interesting is the fact that Truman’s support of the creation of the Jewish state was opposed by many American Jews, a fact unknown or forgotten by many friends of Israel.

“A significant number of Jewish Americans opposed Zionism,” Clifford wrote. “Some feared that the effort to create a Jewish state was so controversial that the plan would fail. In 1942 a number of prominent Reform rabbis had founded the American Council for Judaism to oppose the establishment of a Jewish state in Palestine. It grew into an organization of over fourteen thousand members, which collaborated closely with State Department officials.”

Nevertheless, Truman had spoken favorably of the creation of a Jewish national homeland since not long after taking office.

In 1947, for example, Truman had publicly made it the policy of the United States government to back passage of the United Nations Partition Plan, creating the legal framework for the rebirth of the State of Israel as well as an adjoining state for the Palestinian Arabs.

To succeed, the Partition Plan needed a two-thirds majority vote of the UN General Assembly.

With just days to go before that historic vote on Nov. 29, 1947, however, supporters of the plan were still three votes short.

Some have suggested that President Truman personally called leaders of other nations to encourage them to support the American position.

Others say he didn’t but that staff in his administration did.

The record is not clear.

Either way, most historians—including David McCullough, who won the Pulitzer Prize for his extraordinary biography Truman—acknowledge that Truman wanted the plan to pass and played a role behind the scenes.

In the end, Truman got his way. The Partition Plan dramatically passed at the last moment, thirty-three to thirteen, with ten abstentions.

Given Truman’s backing of the Partition Plan, it would seem in retrospect that his decision to formally support the new state of Israel was a fait accompli.

But the political crisis inside the White House and State Department was real and festering for the next two days.

HIGH DRAMA LEADING UP TO ISRAEL’S DECLARATION OF INDEPENDENCE

Tensions mounted, and time was running out. Reporters were asking what the president would do on the issue, and the advisors closest to the president had no clue.

President Truman kept his cards close to his vest.

Clifford later wrote  that he thought “the chances for salvaging the situation were very small—but not quite zero.”

Then, a few hours before David Ben-Gurion’s scheduled announcement of Israel’s declaration of independence, an aide to Secretary of State George Marshall called Clifford at the White House to say that Marshall still did not support the creation of Israel but would not oppose the president publicly if he declared in favor.

This was a significant breakthrough.

With less than an hour to go, the State Department aide called back to suggest again that Secretary Marshall hoped the president would delay making any decision for more internal discussions, presumably over the next few days.

“Only thirty minutes before the announcement would be made in Tel Aviv,” Clifford recalled, “the American segment of the drama was now coming to a climax.”

Clifford told the aide he would check with President Truman and get back to the secretary.

He waited three minutes, then called the aide back, saying delay was out of the question.

Finally, at six o’clock, the president formally announced his final decision to Clifford.

The United States would recognize and support the State of Israel.

Truman handed his statement to Clifford, who immediately took it to the president’s press secretary, Charlie Ross.

Statement by the president. This government has been informed that a Jewish state has been proclaimed in Palestine….The United States recognizes the provisional government as the de facto authority of the new State of Israel.

History had been made.

Bible prophecy had just been fulfilled.

After a long and painful labor, the State of Israel had miraculously been born in a day.

“Who has heard such a thing?” the prophet Isaiah wrote. “Who has ever seen things like this? Can a country be born in a day or a nation be brought forth in a moment? Yet no sooner is Zion in labor than she gives birth to her children” (Isaiah 66:8, NIV).

What’s more, the first world leader officially to recognize Israel’s legitimacy was a Christian who had been raised reading the Bible and believed it was true.

Most of his senior advisors had vehemently opposed the creation of Israel. Much of the American Jewish community opposed it too. The Arab world would soon turn against the United States and move increasingly into the orbit of the Soviet Union.

Yet Truman backed Israel anyway because he believed it was the right thing to do, the biblical thing to do. 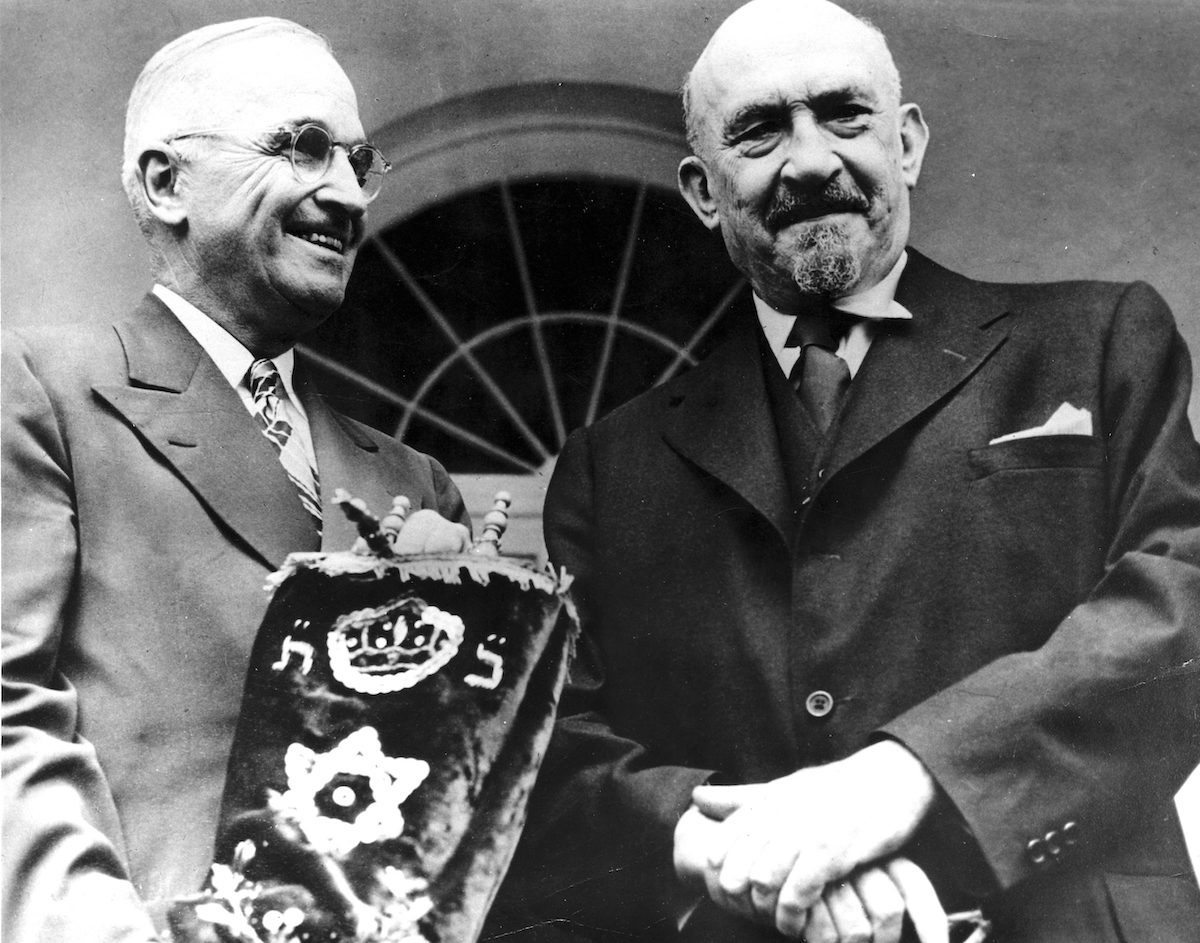 “The fundamental basis of this nation’s ideals was given to Moses on Mount Sinai,” Truman once told an audience. “The fundamental basis of the Bill of Rights of our Constitution comes from the teachings which we get from Exodus, St. Matthew, Isaiah, and St. Paul. The Sermon on the Mount gives us a way of life, and maybe someday men will understand it as the real way of life. The basis of all great moral codes is ‘Do unto others as you would have others do unto you.’ Treat others as you would like to be treated.”

That is not to say that Truman made all his decisions based on Scripture.

Truman was an intensely private man when it came to spiritual and religious matters, and he did not often discuss what he believed about the Bible and how he connected those beliefs to public policy.

The 1940s were a different age. Presidents rarely discussed such matters with the public. Truman even felt reticent about discussing his beliefs with Billy Graham, as Graham described in his autobiography.

However, it is not conjecture to say that Bible prophecy was a critical element in Truman’s decision-making process.

Clifford confirmed it in his memoir.

“[Truman] was a student and believer in the Bible since his youth. From his reading of the Old Testament he felt the Jews derived a legitimate historical right to Palestine, and he sometimes cited such biblical lines as Deuteronomy 1:8, ‘Behold, I have given up the land before you; go in and take possession of the land which the Lord hath sworn unto your fathers, to Abraham, to Isaac, and to Jacob.’”