TEL AVIV—Israel is the only country in the world to have ever used military force to destroy the nuclear program of an enemy country.

And Israel has done so not once, but twice.

The first time was exactly 40 years ago this month, when then-Prime Minister Menachem Begin ordered the IDF to bomb the Osirak nuclear reactor in Iraq on June 7, 1981.

The second time was on September 6, 2007, when then-Prime Minister Ehud Olmert ordered the IDF to bomb the Al Kibar nuclear reactor in northeast Syria.

Might Israel be forced to take such action for a third time, against Iran’s grave and growing nuclear program?

I pray the answer is no, but the chance of such an attack is actually growing.

Earlier this week, the Iranian government boasted that it had already produced 6.5 kilograms – about 14 pounds – of 60% enriched uranium.

This is a direct violation of the Iran nuclear deal – known as the Joint Comprehensive Plan of Action (JCPOA) – which only permits Iran to enrich uranium up to 3.5%.

It also puts the Iranian regime dangerously close to being able to produce nuclear weapons grade uranium at 90% enrichment.

“Iran’s program is galloping forward,” Blinken said. “The longer this goes on, the more the breakout time gets down....it’s now down, by public reports, to a few months at best. And if this continues, it will get down to a matter of weeks.”

Senior Israeli officials – current and former – are telling me on background that while they appreciate the fact that the Biden administration is acknowledging how dangerous the Iran threat is becoming, they are increasingly worried that the Biden White House and State Department believe they can persuade Tehran to rejoin the JCPOA – or agree to a JCPOA 2.0 – something the Israelis believe is neither likely nor effective.

Thus, Israeli national security leaders are reluctantly coming to the conclusion that they may soon be forced to take unilateral military action to neutralize the Iranian threat.

“If the world stops them before, it’s very much good,” Defense Minister Benny Gantz recently said on the record. “But if not, we must stand independently and we must defend ourselves by ourselves.”

In this context, I wanted to meet and interview Ehud Olmert, now 75, to understand the inside story of “Operation Outside the Box,” the code name given to one of the most secretive, daring and successful military raids in Israeli history.

How, for example, did Olmert learn that the North Koreans were helping Syrian President Bashar al-Assad build a secret nuclear reactor in northeast Syria in the spring of 2007?

Why did he first turn to U.S. President George W. Bush and ask him to destroy the reactor, rather than order the IDF to do it?

Why did Bush say no to a U.S. military strike, and urge Olmert to let Washington pursue a diplomatic option at the United Nations instead?

And why did Olmert decline Bush’s offer, and decide to order the IDF to launch the unilateral strike that destroyed the Syrian reactor in a single night?

In the coming days, I will share with you exactly what Olmert told me – on the record – about his decision-making process back in 2007. 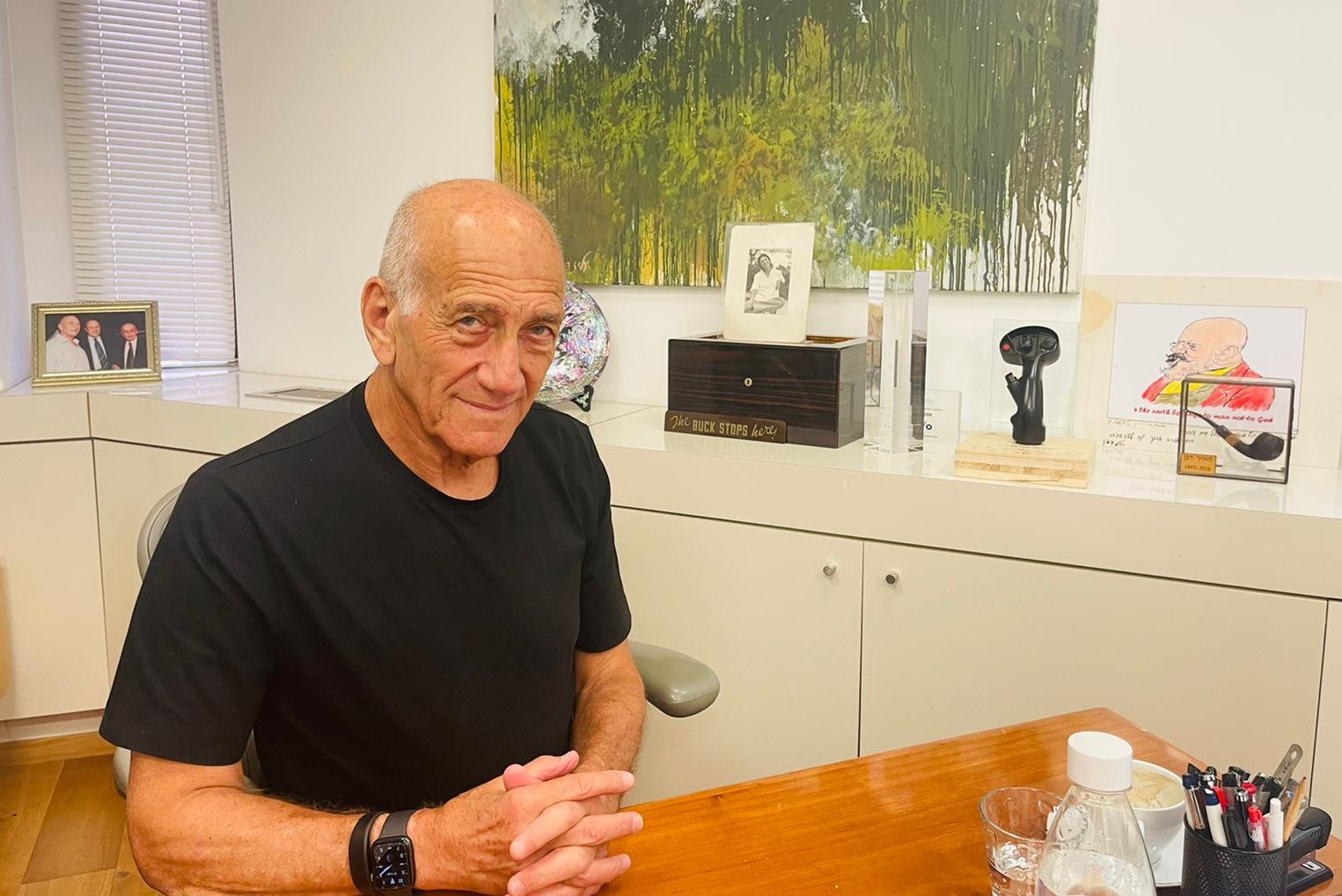 I will also share with you how he sees the Iran nuclear threat today, and what advice he would give Naftali Bennett – Israel’s new prime minister – and the new Security Cabinet who could be called upon to make such a fateful decision in the not-too-distant future.

I will also share with you what Olmert and I discussed on a wide range of other issues, from how he sees the threat posed to Israel by Iran and Hezbollah in Lebanon, to how he views the prospects for peace between Israel and the Palestinians.

But first, some background.

To be sure, Olmert is one of the most colorful and controversial figures in modern Israeli history.

He made – or helped make – enormously consequential decisions, many of which have drawn blistering criticism from Israelis, Americans and others.

As I entered his Tel Aviv office and we sat down and began to get to know each other, Olmert asked me a direct and pointed question: “Don’t you Evangelicals see me as a traitor for some of the moves I made?”

In the spirit of candor, I conceded that many Evangelical Christians – myself included – deeply disagreed with a number of his decisions, though I would not use the word “traitor.”

Yet, I hastened to add that while I wanted to ask him about several of these controversial issues, the main reason I wanted to meet him was precisely because he is the only living prime minister in the history of Israel to take out an enemy’s nuclear program.

I explained that I had recently read a fascinating book by Yaakov Katz, the editor-in-chief of the Jerusalem Post.

It was called, Shadow Strike: Inside Israel’s Secret Mission To Eliminate Syrian Nuclear Power and it gave me a remarkable window into the single most important decision Olmert ever made in public life. 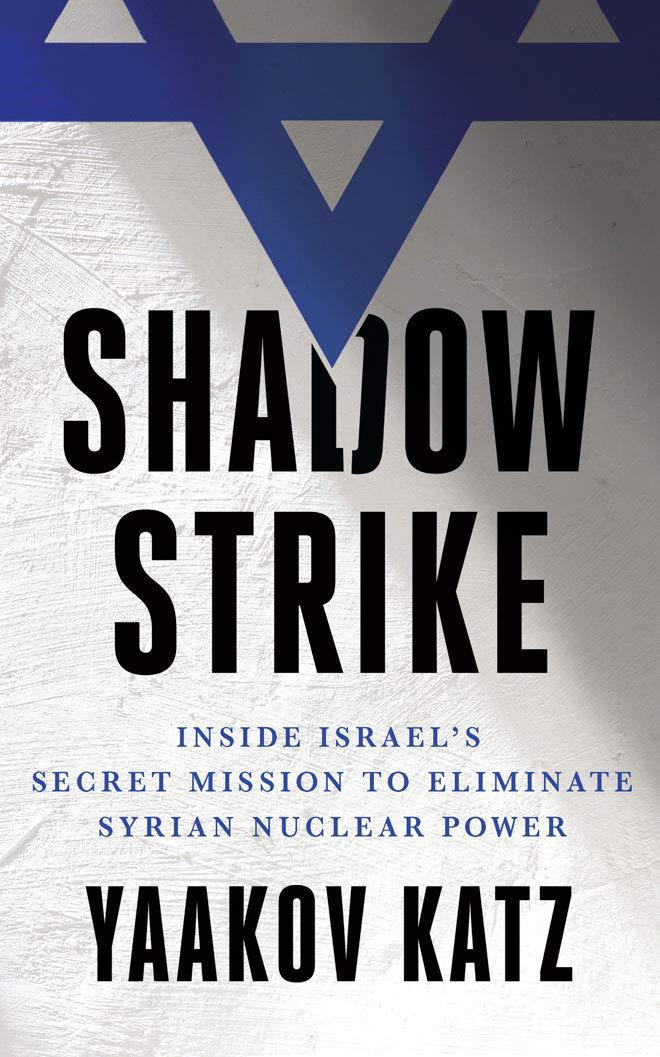 Then, a few weeks ago, I saw Olmert speak at an investment conference in Dubai.

That’s when I decided to reach out to him directly to get to know him and hear his story firsthand.

“This was not an easy decision, but you saved a lot of lives, and this is a story that more people need to know about,” I told him, “especially since Israel’s current leaders may need to use military force to take out Iran’s nuclear program in the not-too-distant future. God forbid. But it might become necessary.”

“I WAS BRUTAL IN THE DEFENSE OF THE STATE OF ISRAEL”

Dressed casually in a black t-shirt and black jeans, Olmert asked me why my family and I made aliyah.

He asked how someone named Rosenberg could be an Evangelical.

He asked the names of my four sons and about the two sons who served in the IDF, and how we have adjusted to life in Israel.

But to his credit, he did not dodge my questions, even the difficult ones.

What’s more, while he conceded he has made mistakes in his career, he was unapologetic about the decisions he made to safeguard the State of Israel.

“I want to say something to allow you to understand more accurately where I stand, when sometimes you tend to disagree with me,” Olmert said.

“When it comes to the security – and to fighting the enemies – of the State of Israel, you will not find in the modern history of my country, someone who did more than I did,” he continued. “When the Hezbollah started their attack in July of 2006, I hit back. And it probably was not understood at that time, but I think that now it is widely understood that the pain that they [Hezbollah] suffered was so, so much that for 15 years, they didn’t shoot one bullet out of Lebanon against Israel because they are still deterred and afraid of possible Israeli reaction.”

“I didn't hesitate for one second” to hit Hezbollah hard, he said.

“When Hamas was attacking Israel in the South, we did a costly operation, and we killed more Hamas people than were killed in the recent Gaza operations. A lot, a lot, a lot more,” he insisted.

“I was brutal in the defense of the State of Israel without any hesitation, without any excuses, without any explanations,” he told me. “No one will threaten the life of Israel when I am the prime minister. And I will not hesitate to use all the power that we have in order to respond. That is something that must be understood.”

NEXT: The inside story of how Olmert first learned that Syria was building a secret nuclear facility, and how he began planning to take it out.