JERUSALEM—If excavations continue to uncover more treasures under the Western Wall plaza, the network of tunnels below the Old City just might connect from there to the City of David someday.

That is what one tour guide said during a tour for journalists to see the latest discoveries and expansions at the Western Wall Heritage Foundation this week. Daily excavations uncover new layers of history.

“We are moving dirt to discover our roots. Every time, we discover another era of history,” said Shmuel Rabinowitz, the rabbi of the Western Wall and Holy Sites in Israel.

Though Israel was devoid of tourists for nearly two years during the COVID-19 pandemic, work at the site was ongoing. And changes there have accelerated in the past few years.

Excavations have long revealed the bottom of the original walls of the temple area some 17 meters (almost 56 feet) below the current exposed portion of the Western Wall where people pray today. But continued archaeological work has the potential to create a connection between this portion of the city outside the ancient temple area to the City of David, which sits in Silwan, outside the Old City walls. 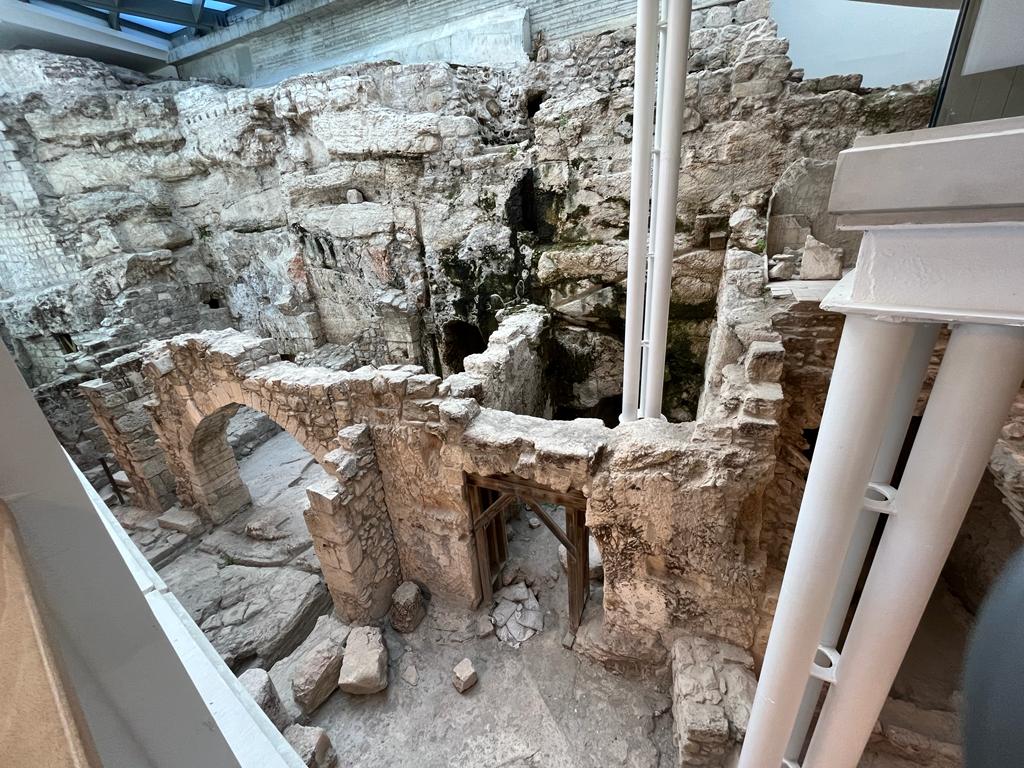 Rabinowitz, who has served in his position for more than 25 years, presided over the inauguration of the Western Wall Heritage Foundation in November 2021.

“Every day is not like yesterday, and not like tomorrow,” Rabinowitz said of the dynamic nature of his work. 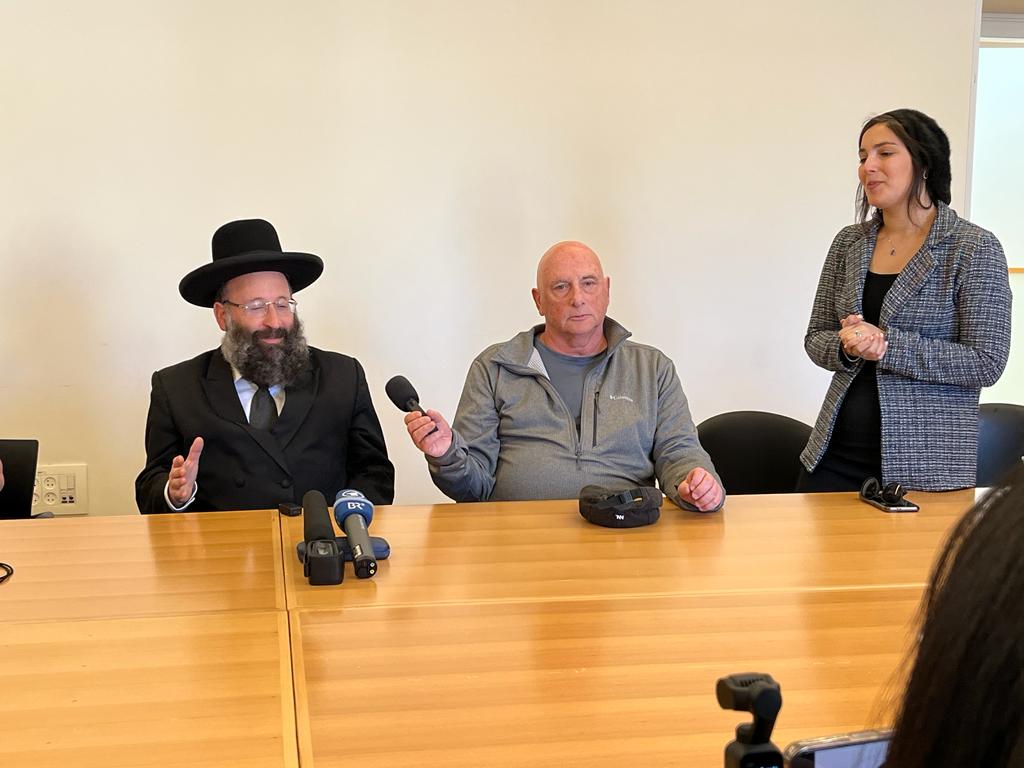 Shmuel Rabinowitz, the rabbi of the Western Wall and Holy Sites in Israel (Photo: ALL ISRAEL NEWS)

The discoveries surrounding the Western Wall are pulled together in a virtual reality film that shows visitors what the site would have looked like during the time of the Second Temple.

Another digital enhancement is the use of live cameras that monitor the site so people can connect from abroad. The organization has also added a feature by which people can send in their prayers to be be printed and then hand-slipped into the cracks of the Western Wall, a common tradition.

But controversy remains just a stone’s throw away. All of this digging occurs in the shadow of the Temple Mount – the nation’s most famous and controversial site when it comes to that sticky mix of politics and religion in the Holy Land.

Visits to the site by lawmakers, including Israeli National Security Minister Itamar Ben Gvir, are always a looming threat to the status quo.

The Temple Mount – known to Muslims as Haram al Sharif – is home to the Al Aqsa Mosque and the Dome of the Rock. The plaza is maintained under the custodianship of the Kingdom of Jordan and non-Muslims are forbidden from praying there.

Rabinowitz stressed that ever since the area came under Israeli rule after the Six-Day War in 1967, the Israeli portion – the Western Wall – has been open to anyone who wants to visit and pray, as long as they abide by the Orthodox rules of the site.

“We don’t do a background check – everyone can come and pray here,” he said. “We don’t have a monopoly on God. God is for everyone. Solomon dedicated the First Temple, he asked that God would hear everyone’s prayers. What he says is written in the Bible.” 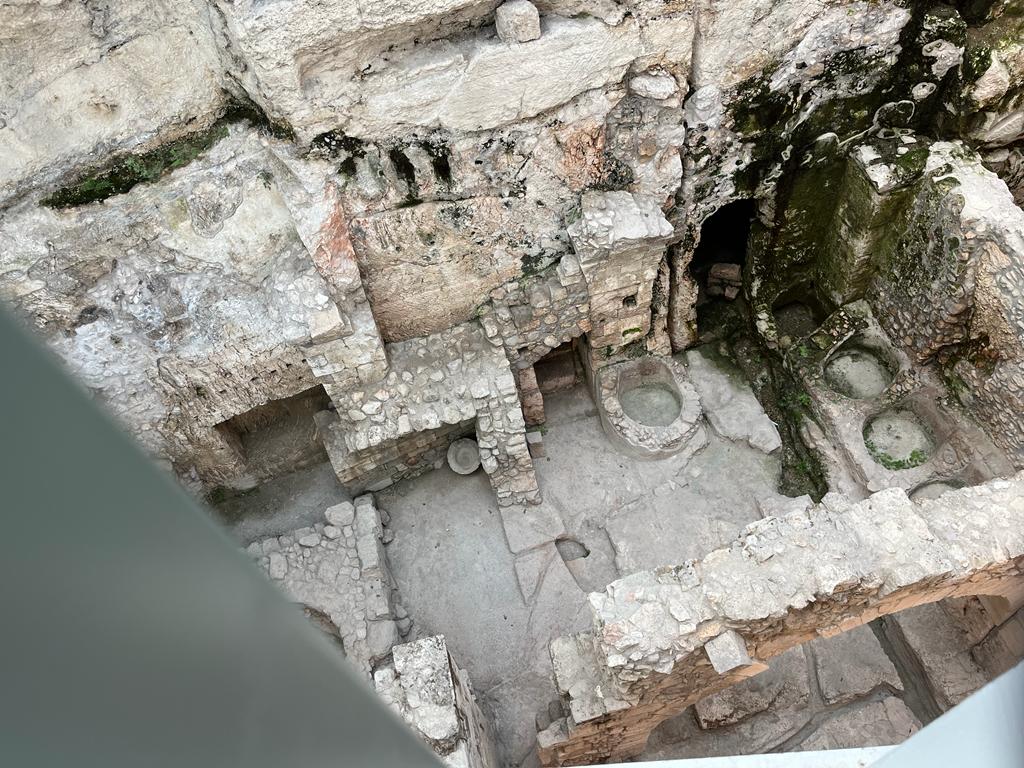 Ironically, Rabinowitz himself has never been on the Temple Mount, despite working in an office with a bird’s eye view of the site. And his reasons for not ascending have nothing to do with concerns over upsetting the status quo.

“I have never been on the Temple Mount – not that it doesn’t interest me, not that I don’t want to go. It actually pains me that I can’t visit,” he said in a briefing with reporters on Sunday. “The Temple Mount is ours, but as long as we don’t have the possibility to purify ourselves, we are not allowed to go up to the Temple Mount.”

While some Jews ascend the Temple Mount regularly for both religious and political purposes, many ultra-Orthodox streams of Judaism prohibit their followers from going there out of concern for ritual purity. Because only a high priest who has been purified can enter the Holy of Holies, some Jewish leaders believe it best to avoid the Temple Mount altogether, lest one accidentally walk on the site where the altar may have stood.

A sign from Israel’s Chief Rabbinate warns Jewish visitors against entering the Temple Mount. Despite the signage, the number of Jews who visit the site has risen steadily each year. In 2022, 51,483 Jews visited the Temple Mount compared to 34,651 in 2021.