WASHINGTON, D.C. – On Thursday, the chaos in Afghanistan went from bad to worse.

At least 60 Afghan citizens were also killed in the explosions and from gunfire.

The Afghan branch of ISIS claimed responsibility for the attack.

Yesterday, ALL ISRAEL NEWS and The Jerusalem Post published part one of my interview with former U.S. Vice President Mike Pence who was sharply critical of President Joe Biden’s handling of the crisis.

My conversation with Pence took place Tuesday evening, two days before the deadly attacks in the Afghan capital.

Yet Pence’s blistering criticism is arguably more apt in light of the terrible carnage. 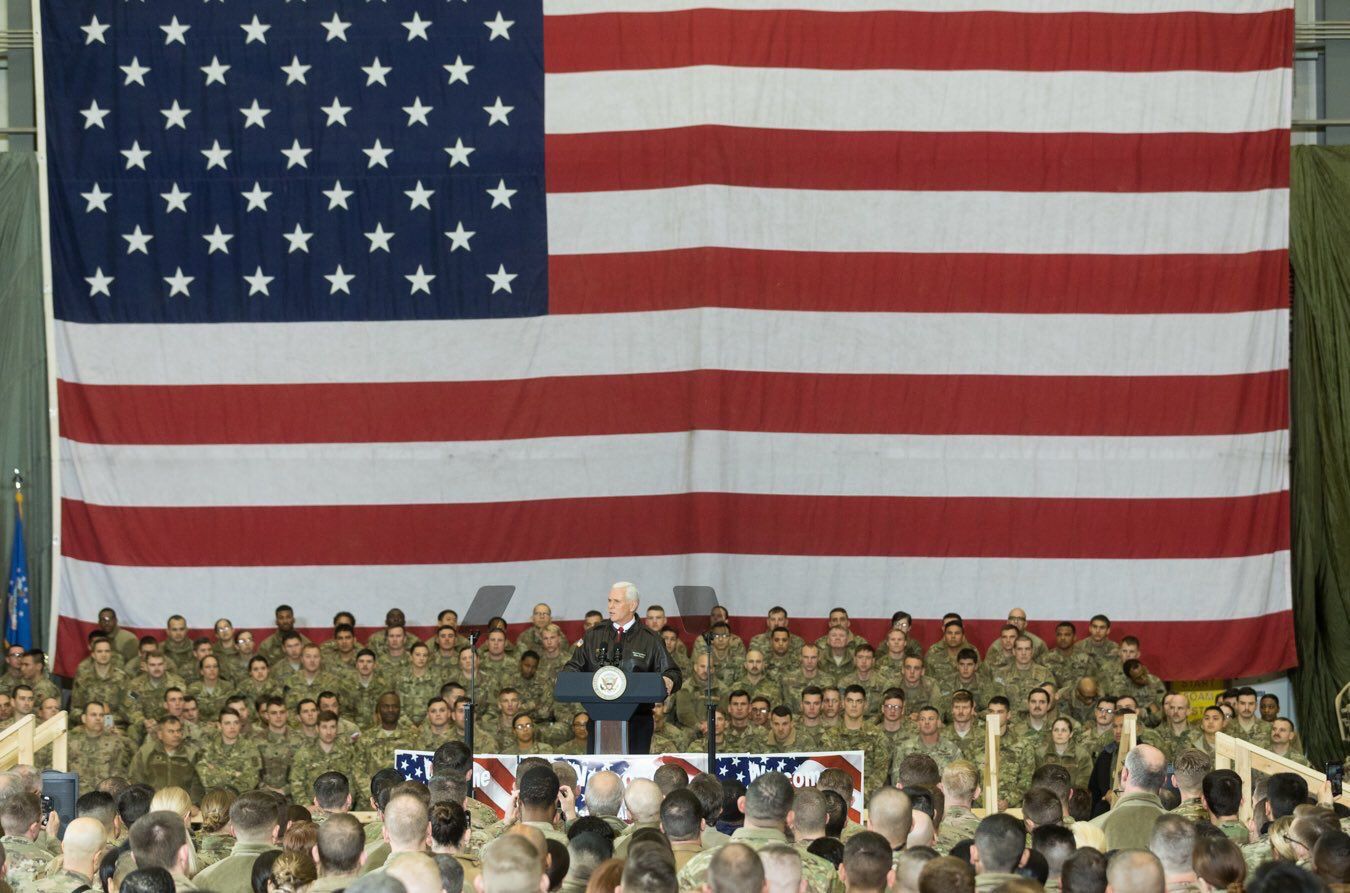 Here are more extensive excerpts from our conversation, including Pence’s explanation of why the approach that President Donald Trump took towards the Taliban was vastly different from the Biden approach.

ROSENBERG: First, I’ve got to ask you about President Biden and Afghanistan. What do you see unfolding there?

VICE PRESIDENT PENCE: The disastrous withdrawal of American forces from Afghanistan by the Biden administration has been a disgrace. It dishonors the service and sacrifice of every American who bravely served over the last 20 years defending freedom in Afghanistan. And it didn’t have to happen, despite what President Biden continues to repeat. It didn't have to happen.

ROSENBERG: We reported last week on the op-ed you wrote for the Wall Street Journal. We did a story on that and quoted it significantly from you because we're trying to cover this story from all angles – what Biden is saying, what others are saying about him, and how you and President Trump and former Secretary [of State Mike] Pompeo are defending your actions. But you hear that line of attack, that “Well, you guys, we're going to take all the troops out anyway.” What’s the main difference between the Trump administration’s approach to ending the war in Afghanistan and the Biden approach?

PENCE: Well, the main difference, I believe, is the credible threat of force.

When our administration negotiated in February of 2020 the peace agreement with the Taliban, there were clear criteria and conditions that had to be met.

But we also negotiated that just weeks after American forces took out Iranian General Qassem Soleimani, and after we took down the ISIS caliphate, and took out ISIS leader Abu Bakr al-Baghdadi.

So, when the President spoke to [Taliban leader] Mullah [Abdul Ghani] Baradar [Akhund], on the telephone in the Oval Office, he conveyed to him that we all want peace. We wanted an end to all violence and war in Afghanistan. But if they didn’t keep the deal, the response would be swift and severe. And I'm confident that they knew he meant it. I think Assad in Syria learned the hard way that President Trump meant what he said. So did Baghdadi. So did the Iranians. So, I think what was absent [from the Biden approach] was the credible threat of the use of force.

There was certainly a healthy debate within the [Trump] administration over whether or not a small counterterrorism force would remain. The President was poised for a full withdrawal, but we made the conditions of that withdrawal very clear to the Taliban, and that is that they would cooperate with, and create, a coalition government, and that there would be no harm to any American soldiers. And as we sit here today, it’s been more than a year since there was an American casualty in Afghanistan. 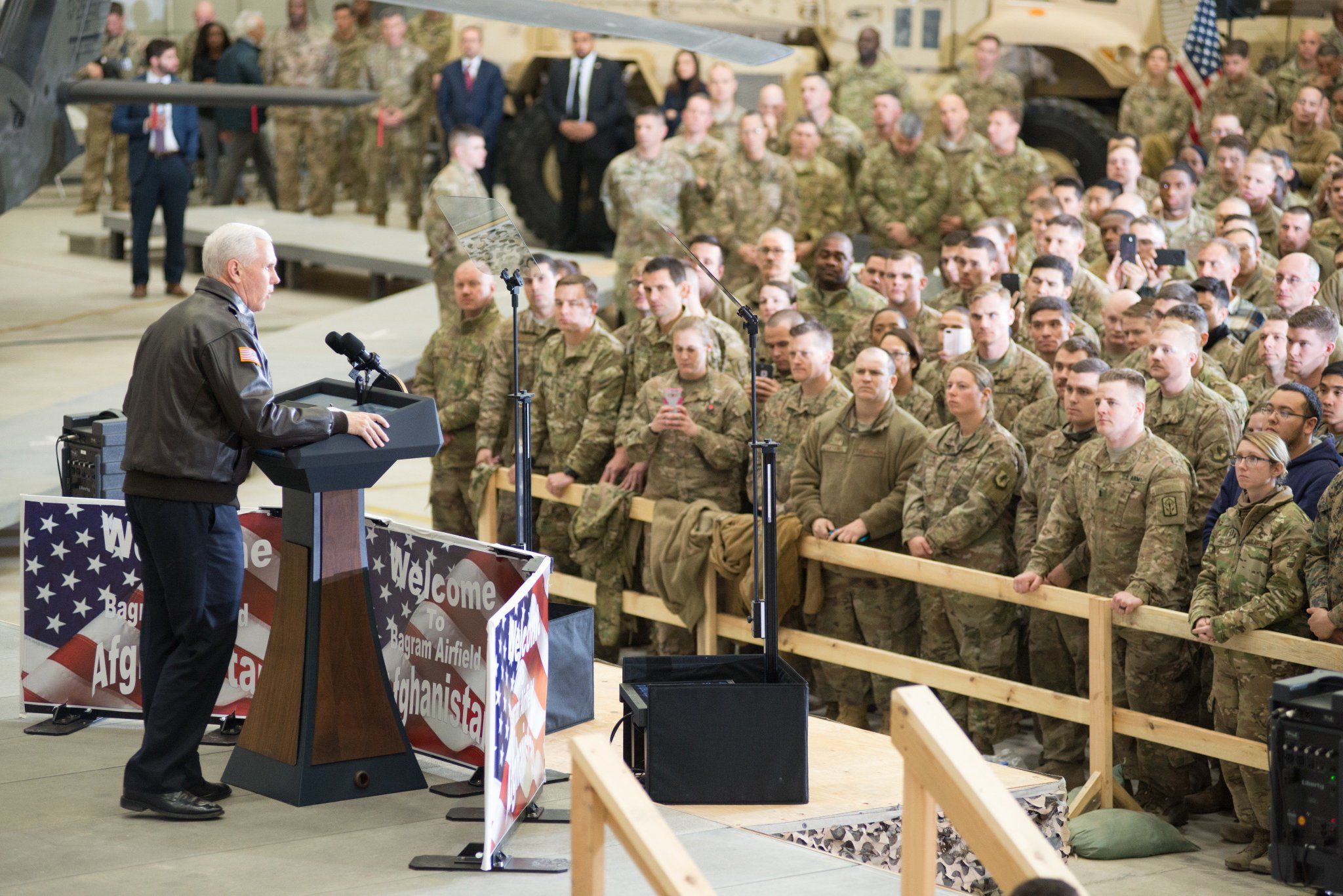 I have to tell you, I spent many heartbreaking days and nights on the tarmac at Dover Air Force Base paying quiet tribute to American heroes returning home. But the fact is that in our last year in office, we saw not one not one American casualty in Afghanistan. I think that was a tribute to the president negotiating from strength.

And now you see this disastrous withdrawal that has put not only American troops, but American citizens – and people that helped our troops – in harm's way. It’s just unthinkable.

And when we're bringing allies out, in the process of resettlement, we have to have the kind of vetting to ensure that only those who love America and stood with us are resettled, and not those who have the intent to bring harm to our country or our allies.

We instituted what we called “extreme vetting” in our first year in office. The president, as you remember, suspended immigration from a half-dozen countries. The Supreme Court of the United States upheld that in the interest of national security. But we also instituted “extreme vetting.” And we just simply have to hold this administration accountable.

ROSENBERG: I appreciate that. I will just tell you for the record that that's one area – and one of the few, actually – that I disagreed with your administration on. I did not agree with President Trump’s plan to bring all U.S. forces out of Afghanistan. As you know, whether it's Japan, South Korea, Germany, we've still had a strong, stabilizing force of American forces in those countries decades after those wars ended. Nevertheless, the decision was made by Presidents Trump and Biden to withdraw all U.S. forces from Afghanistan. But I think you're putting the emphasis on how it has been done and the question of whether the Taliban sees the Biden administration as willing to use force and steel to protect our interests. And you’re making the case that they saw that with the Trump administration, and they don’t see it with Biden.