Archaeologists have uncovered a 3,100-year-old inscription that dates back to the time of the book of Judges and could have belonged to Gideon, the Israel Antiquities Authorities (IAA) announced on Monday.

The inscription is written in ink on a jug with the name “Jerubbaal.”

In the Bible, Gideon is referred to as Jerubbaal a few times:

“So because Gideon broke down Baal’s altar, they gave him the name Jerub-Baal that day, saying, ‘Let Baal contend with him.’” Judges 6:32

“Early in the morning, Jerub-Baal (that is, Gideon) and all his men camped at the spring of Harod. The camp of Midian was north of them in the valley near the hill of Moreh.” Judges 7:1

Gideon became one of Israel’s judges and is known for leading only 300 Israelites in a stunning defeat of the Midianite army and for smashing an idol of Ba’al, a Canaanite god.

The IAA said it cannot conclusively prove whether the vessel belonged to Gideon the Judge or another Yerubbaal, but the date of the piece matches the period when Gideon led Israel.

“Inscriptions from the period of the judges are extremely rare, and are almost unheard of in the archaeology of the land of Israel,” the IAA said in a statement. “A few previously uncovered inscriptions bore a number of letters that could not be linked. This is the first time that the name Yerubael has been found as an archaeological find outside the Bible.”

A handful of inscriptions have been found with unrelated letters, but this is the first time that the name “Jerubbaal” has ever been found outside the Bible in an archaeological context.

Excavating a jar from the time of the biblical judges at Khirbet al-Ra‘i (Photo: Sa‘ar Ganor/Israel Antiquities Authority)

“The name Jerubbaal is familiar from biblical tradition in the Book of Judges as an alternative name for the judge Gideon ben Yoash,” Prof. Yosef Garfinkel and Saar Ganor explained in the press release. “In view of the geographical distance between the Shephelah and the Jezreel Valley, this inscription may refer to another Jerubbaal and not the Gideon of biblical tradition, although the possibility cannot be ruled out that the jug belonged to the judge Gideon. In any event, the name Jerubbaal was evidently in common usage at the time of the biblical Judges.”

The name Jerubbaal only appears in the Bible during the Judges period.

“As we know, there is considerable debate as to whether biblical tradition reflects reality and whether it is faithful to historical memories from the days of the Judges and the days of David,” they said. “The name Jerubbaal only appears in the Bible in the period of the Judges, yet now it has also been discovered in an archaeological context, in a stratum dating from this period. In a similar manner, the name Ishbaal, which is only mentioned in the Bible during the monarchy of King David, has been found in strata dated to that period at the site of Khirbet Qeiyafa. The fact that identical names are mentioned in the Bible and also found in inscriptions recovered from archaeological excavations shows that memories were preserved and passed down through the generations.”

The inscription was found at an archeological excavation site in southern Israel near Kiryat Gat called Khirbet al-Ra’i. It is about 3 miles from Lachish, an important Canaanite city during the time of the judges. 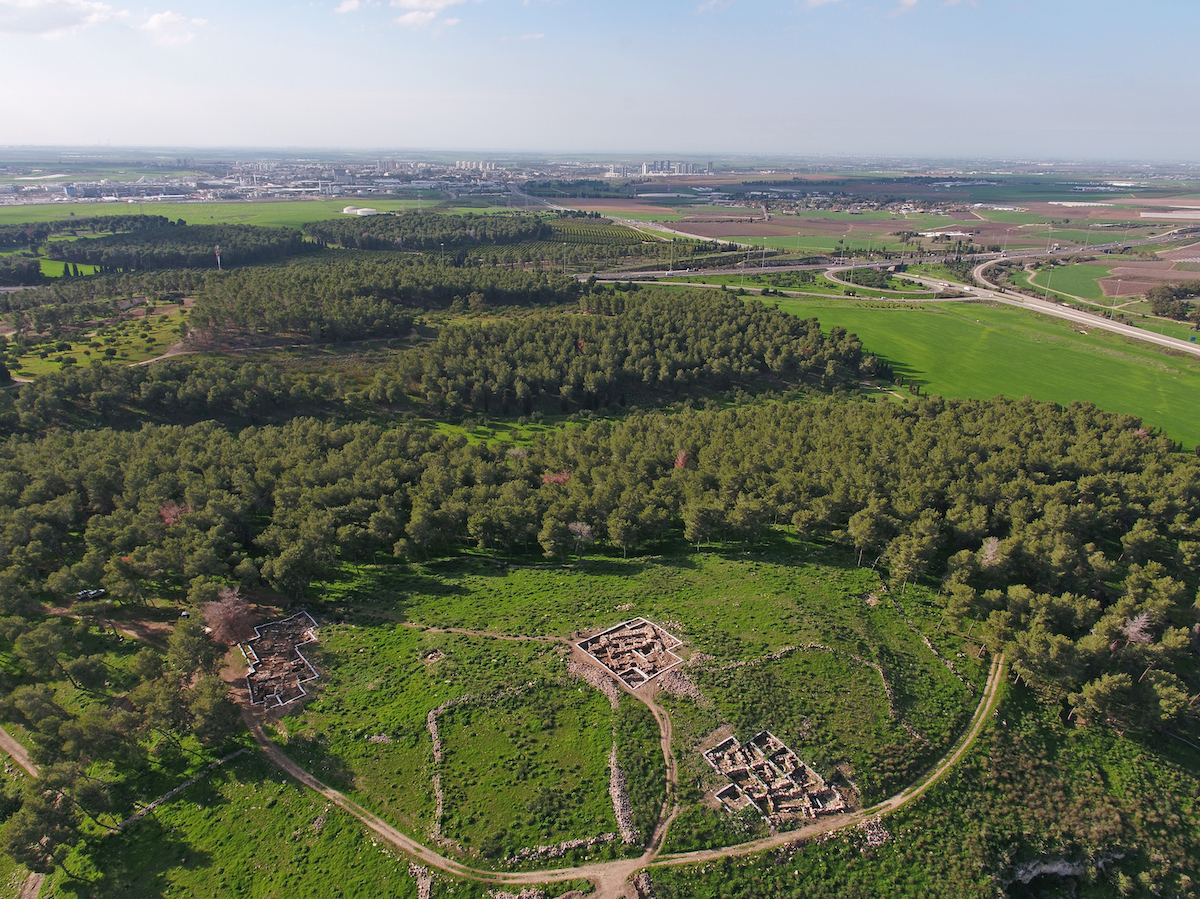