Until last month, I had never heard of dengue fever. In case you haven’t either, it’s a mosquito-borne virus that can result in high fever, headache, vomiting, muscle and joint pains, and skin rash. In some cases, it can cause bleeding, low blood platelets and plasma leakage, or dangerously low blood pressure.

It’s not always deadly, but it can be. And it’s highly contagious. I learned about dengue fever after the horrific flooding that took place in Pakistan recently, leaving thousands dead, at least hundreds of thousands homeless with no possessions, vast infrastructure washed out and gone, nearly half of the crops ruined, and a third of the country underwater. Since the biblical flood, there has never been a flood like this impacting so many people.

Even if the floodwaters subside, there’s still the calamity of millions having nothing more than the clothes on their backs. They have no food and, as the weather turns cold as winter begins, many have no shelter. Even dry blankets to sleep with on the ground in the open air are a luxury.

Why is an Orthodox Jewish Israeli writing about this at all? Why should you care?

First of all, as humanitarian crises go, this one is unprecedented. How can we not care – even coming from Israel, which has no diplomatic relations with Pakistan – which, in turn, harbors tremendous hatred toward Israel.

As I have spent most of my career building bridges between Jews and Christians, I am aware that we have to do so on a multitude of dimensions, beyond the necessary and biblically solid mandate of blessing Israel. Real, meaningful relationships need to go both ways.

For that reason, I was pleased – privileged actually – to undertake an emergency relief campaign in Pakistan, where Jews and Christians could take action together. It has not been in the news, and we have kept much of our efforts under the radar for the safety and wellbeing of our Pakistani friends – but it is newsworthy.

Our hearts pour out for all the millions affected, but especially for the women and children, and Christians, who are treated like second-class citizens in Pakistan’s Islamic society. Through Christian friends there, we have been privileged to provide financial resources for food, blankets, sanitary products, mosquito netting, medicines and more. 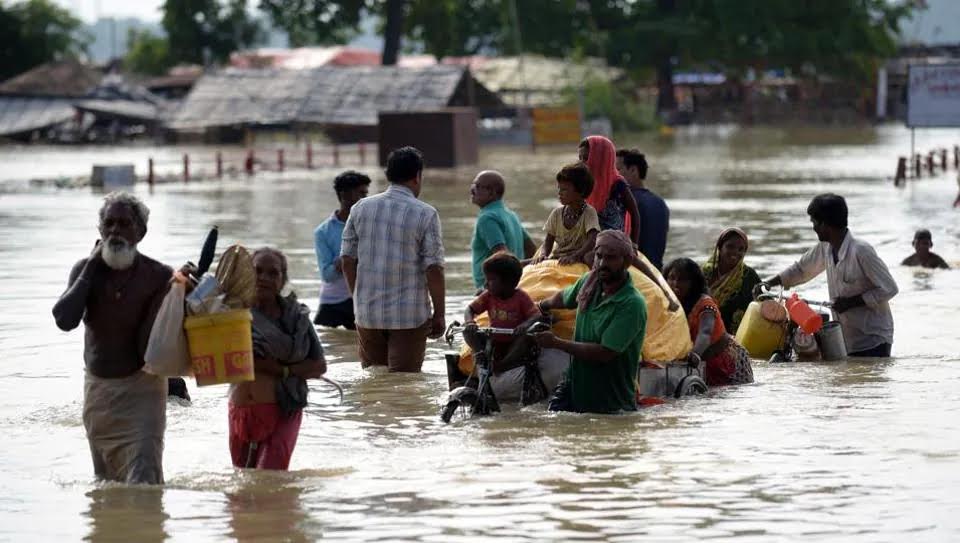 The mosquito netting and medicines relate to the dengue fever, as well as increasing cases of malaria, another disease transmitted by mosquitoes, which thrive in stagnant water. Mosquito-transmitted diseases are not the only problem. Because so much of Pakistan’s water is polluted and many have no access to clean water, people have no choice but to bathe in the filthy water (that is often mosquito-infested), and use the same water for cooking and drinking. Consequently, a variety of gastro-related illnesses is inevitable among the population, including diarrhea and others which are not only unhygienic but also deadly – especially with no clean water, food or medicine.

Coming upon winter, there is fear that the dengue fever that has started is only the beginning, and fear that there won’t even be room to bury the bodies of those who die from it.

Even a wealthy country with the best infrastructure would have trouble managing this vast humanitarian crisis. Pakistan is neither. It is a rigidly divided tribal society where non-Muslims are second-class citizens, with Islamic theology granting the subordinate dhimmi status to Jews and Christians. With Pakistan a tribal nation, Christians are not among the majority and are widely discriminated against. Sometimes this discrimination has led to persecution, physical abuse and murder.

Logically, while relief efforts might not practice outright discrimination, non-Muslims won’t be the first in line to receive aid. For this reason, the Genesis 123 Foundation’s efforts to provide relief specifically for Christians, from Jews and Christians together, is so significant.

In the wake of this humanitarian crisis are stories of overt persecution, with Christians even being forced to deny their faith in exchange for promises of food. In some instances, after denying their faith due to hunger and loss of hope, the food never appears.

Forcing someone to deny their faith is bad enough, but rather than embracing them as new Muslims, those in power have mocked and discriminated against these Christians. Even if such cases are not widespread, it’s troubling that, in such a grave humanitarian crisis, people would be so inhumane toward one another. Of course, Christians experiencing or witnessing such things cannot speak about them in public, and there is no recourse for the persecuted.

This discrimination also plays out among women and girls, in ways that are probably too graphic to write about here. Suffice to say, there exists a level of abuse that’s a hybrid between sad and evil. Doing so at any time is horrid, but as part of a national humanitarian crisis, it is unthinkable.

There’s so much to be done that it seems like anything being done is just a drop in a bucket. But with each drop, lives can be saved and hope restored. It will take years for many to recover materially. Grief and fear will be with them forever. Anyone can join this network of Jews and Christians that is working together to help Pakistan’s most needy: women and children, and Christians in particular.

Let’s pray that just as I (and maybe you) never heard about the dengue fever until now, the next generation of Pakistanis will also never know of this or any other such disease.

If only to stay aware of the situation, out of compassion, join the Inspiration from Zion podcast to hear more about the catastrophic events happening in Pakistan, what the urgent needs are and how the crisis might yet grow from bad to worse.