A treasure trove of 44 gold coins was recently discovered in northern Israel hidden in a wall – likely by the owner – who was fleeing the invading Muslim army at the time.

“The discovery reflects a specific moment in time, when we can imagine the owner concealing his fortune in the threat of war, hoping to return one day to retrieve his property,” Yoav Lerer, Israel Antiquities Authority (IAA) excavation director, said in a statement. “In retrospect, we know that he was less fortunate.” 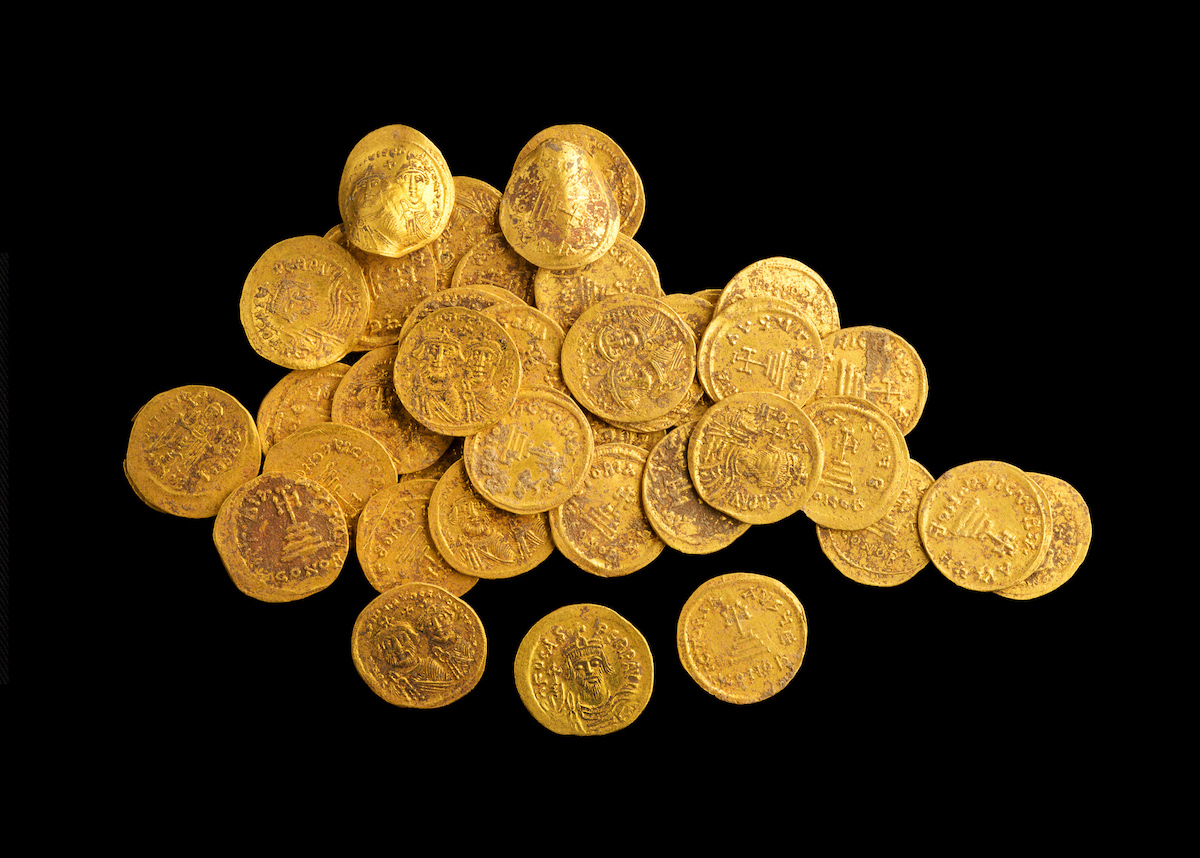 The coin hoard tells a story from a dramatic moment in the history of the region – the time of the Muslim conquest of the Byzantine Empire and of the establishment of the Umayyad Caliphate.

“The coin hoard, weighing about 170 grams, was concealed within the base of an ashlar stone wall at the time of the Muslim conquest,” Lerer explained. “The discovery of the coin hoard may also shed light on the economy of the city of Banias during the last 40 years of Byzantine rule.”

IAA coin expert Gabriela Bijovsky examined the cache, found placed within the base of a stone wall. She said they are composed entirely of gold solidus coins with some dating back as early as the reign of Emperor Phocas (602–610 A.D.), and many minted at the time of Emperor Heraclius (610–641 A.D.). The most recent coins in the cache from those minted by Heraclius date the coin hoard to the time of the Muslim Conquest of Byzantine Palestine in 635 A.D.

Bijovsky noted that the Emperor Heraclius coins are of unique interest in that they cover a time gap in the record of his family.

“In his early years as emperor, only his portrait was depicted on the coin, whereas after a short time, the images of his sons also appear,” she said. “One can actually follow his sons growing up – from childhood until their image appears the same size as their father, who is depicted with a long beard.” 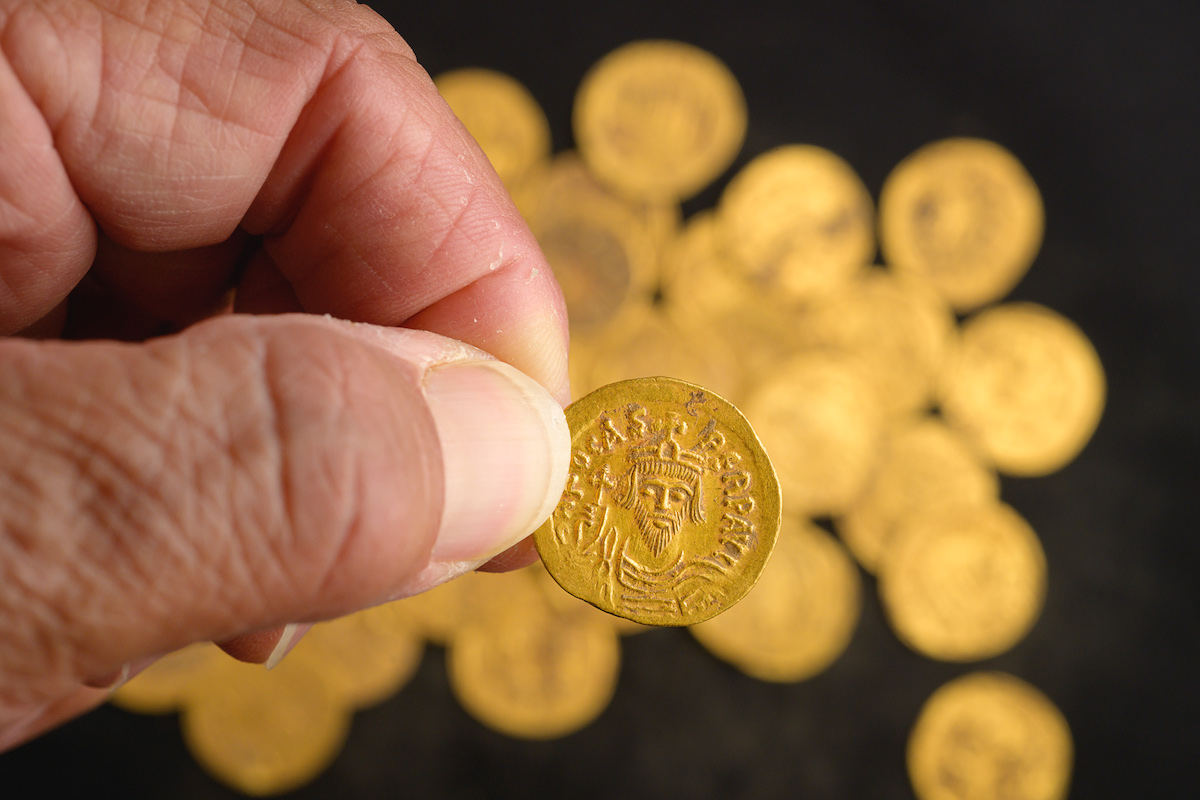 IAA Director Eli Eskosido said the discovery was of particular importance because “it dates to an important transitional period in the history of the city of Banias and the entire region of the Levant.”

He said the IAA will work with the National Parks Authority to make a public exhibit of the treasure.

This excavation has also revealed the remains of buildings, water channels and pipes, a pottery kiln, bronze coins, pottery fragments, and glass and metal artifacts, according to the IAA. The finds have been dated from the end of the Byzantine period in the early 7th century to the early Middle Ages during the 11th–13th centuries.

“The Banias Nature Reserve, endowed with its unique nature and landscape, does not cease to surprise us from a historical-cultural point of view,” said Raya Shurky, director of the National Parks Authority. “The gold coin hoard is on a par with the Byzantine church, possibly the Church of St. Peter that was recently discovered. The finds include the remains of a mosaic floor and a stone engraved with many crosses, indicating that Banias became a Christian pilgrim site. The church, that was damaged in an earthquake that struck the north of the country, will soon be exhibited to the public visiting the nature reserve.”