The snap visit – which was not on the prime minister's public schedule – comes just hours after Iran turned off its online enrichment monitor at an unidentified nuclear site.

Besieged by political challenges at home, Bennett accepted MBZ's invitation, according to the Government Press Office, their third meeting in the last few months.

Upon departure, Bennett commended the International Atomic Energy Agency (IAEA) Board of Governors for its decision, "which clearly states that Iran is continuing to play games and is continuing to conceal and hide."

"On the one hand, we see in this decision the lies and the hypocrisy of Iran on the nuclear issue and in general," he said. "On the other hand, we see here a firm stance by the countries of the world regarding the distinction between good and evil, as they clearly state that Iran is concealing things. We will not let up on this issue." 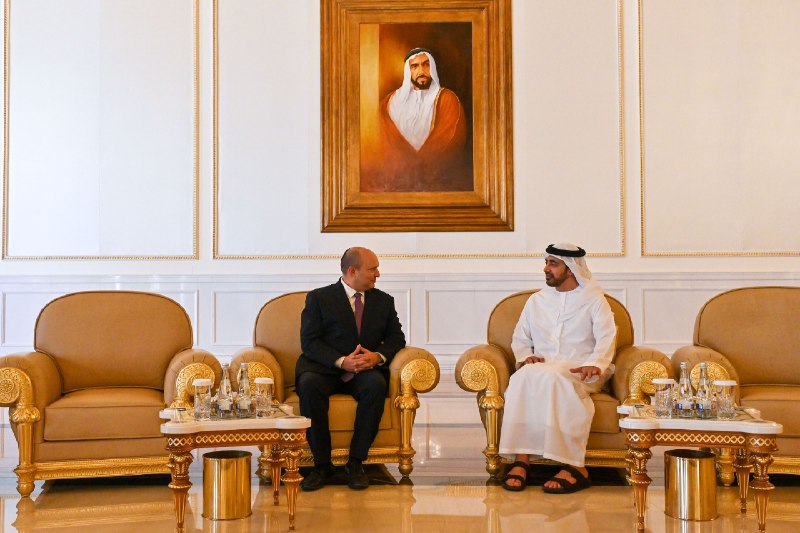 As recent allies, the UAE and Israel face a common threat from Tehran.

"Today, together, we will take to the special bond that has been woven between our countries to the next level – for the growth and security of both our peoples," Bennett said.

The two leaders met privately at the palace in Abu Dhabi for two hours, followed by a working lunch with their delegations.

The UAE and Israel recently signed a free trade agreement. Trade between the two countries had already grown by hundreds of millions of dollars since the Abraham Accords was signed in 2020. It is now expected to reach approximately $3 billion annually.