JERUSALEM – While the eyes of most people interested in the Middle East are laser-focused on the rising threat posed by the Iranian regime, there are two other issues to which U.S. President Joe Biden and his team must give urgent attention.

One is Saudi Arabia. The other is Turkey.

That’s the assessment of former U.S. Ambassador Dennis Ross, who has served as a senior Middle East advisor in both Republican and Democrat administrations, including the Obama-Biden White House. 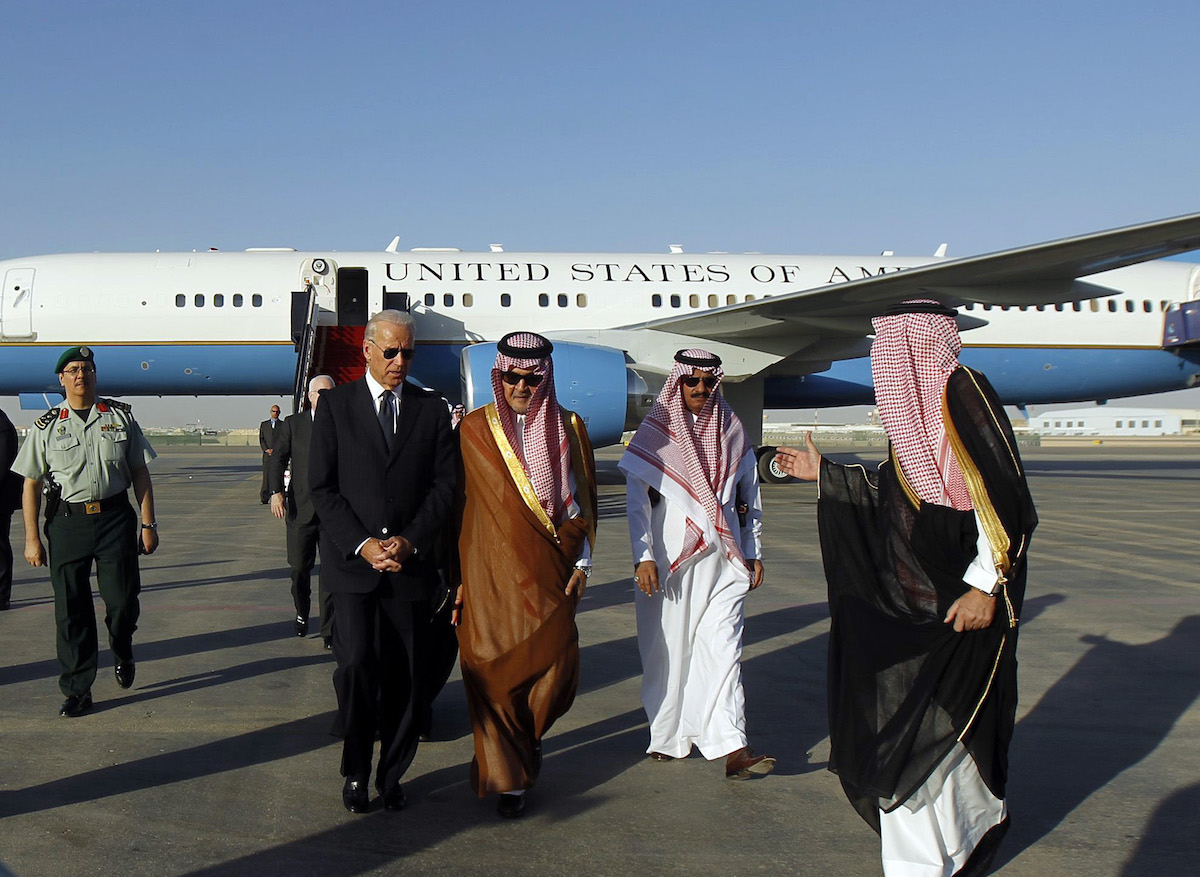 In part one of my interview with Amb. Ross, he noted that the Iranian regime has crossed Israel’s “red line” by enriching uranium up to 20%, and fabricating uranium metal, both of which put Tehran within months of being about to “break out” and build a nuclear bomb.

Ross warned that if Biden and his team don’t move fast and smart to persuade Iran to de-escalate the situation, the Israelis may find themselves forced to attack military, possibly already this year.

In part two, Amb. Ross dismissed the criticism that former Defense Secretary Robert Gates leveled, that Biden is a nice guy but “has been wrong on every major foreign policy and national security issue for the past four decades.”

Ross, who has known Biden for decades, said the new president and his senior team have a deep personal affection for Israel and are determined to prevent Iran from building nuclear weapons that could threaten the U.S., Israel and America’s Arab allies.

In part three, I asked Amb. Ross what his advice would be to Biden when it comes to dealing with Saudi Arabia and Turkey and their controversial leaders.

After all, the Saudis under the leadership of the young Crown Prince – Mohammed bin Salman – are engaged in a wholesale transformation of their society from one deeply entrenched in radical Wahhabi Islamist thinking to something far more modern and moderate. But MBS has made some serious mistakes along the way. 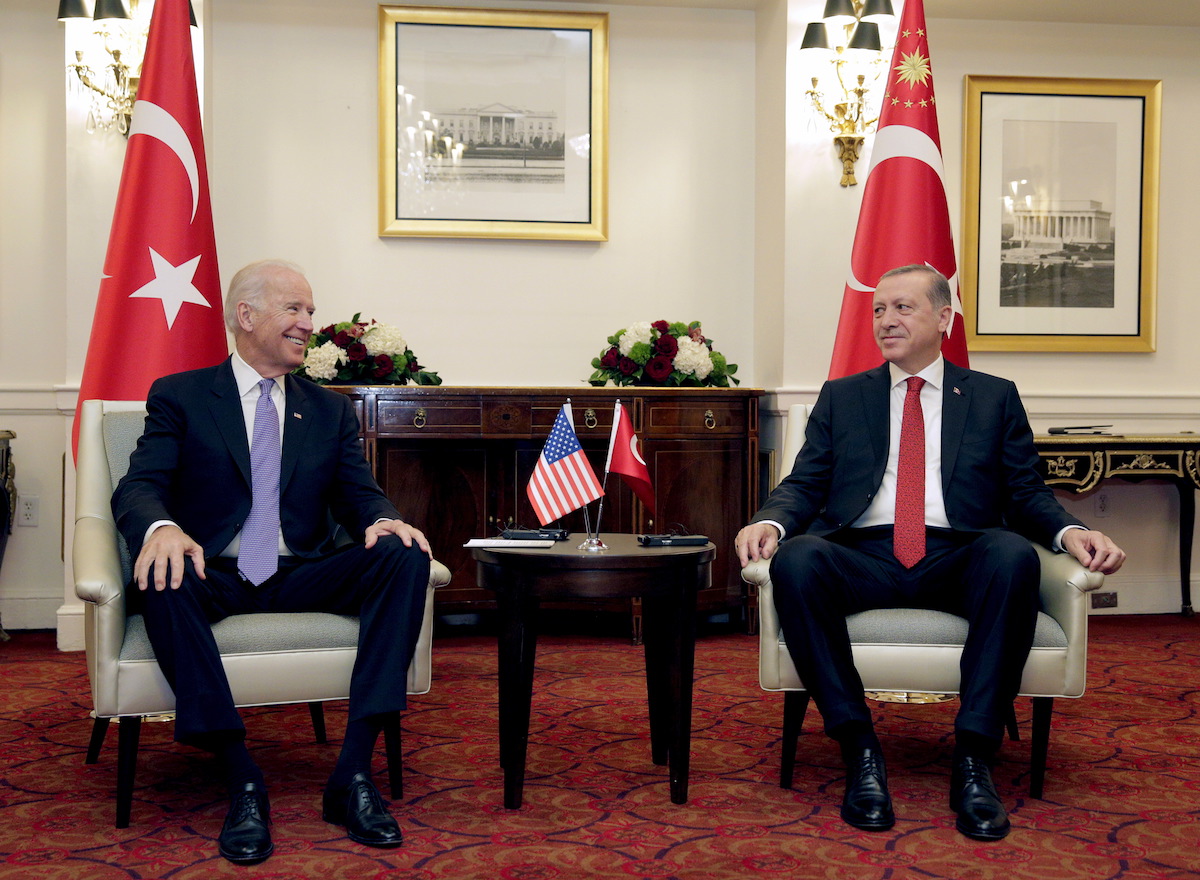 The Turks, however, are going in the opposite direction. Once the paragon of moderate, modern Islam, Turkey under the leadership of Recep Tayyip Erdogan is becoming a repressive, authoritarian, anti-American, anti-Western and increasingly anti-Israel society. But Turkey is still a member of the NATO alliance.

What’s the right way forward with both men, and both nations, with the stakes so high?

Here is the full transcript of part three of our wide-ranging conversation. Please note that this transcript has been lightly edited for clarity.

ROSENBERG: Hi, this is Joel Rosenberg, founder and editor in chief of ALL ISRAEL NEWS, with part three of my interview with Ambassador Dennis Ross.

We've got links to his bio and the things he's been writing. So, we're going to get right into this conversation.

I want to deal specifically with how we should understand Joe Biden in a couple of specific areas in the Middle East that we haven't covered so far.

One of them would be Saudi Arabia. One of the areas that you and I first started talking about when I was invited to go sit down with the Crown Prince of Saudi Arabia, Mohammed bin Salman [MBS] – arguably the, or one of the, most controversial leaders in the world.

Biden has been extraordinarily tough, and saying we're going to completely “reassess” that relationship. How do you see Biden's approach [towards MBS]? What would be your advice to the new president?

AMBASSADOR DENNIS ROSS: Look, I think the there's a challenge here for sure.

We have an enormous stake in Saudi Arabia, and I don't just mean strategically because of oil and the strategic position they hold geographically, and in any kind of real coalition against Iran and is part of it to build a bridge to build on it.

But I'm also talking about the transformation of the Saudi society, the fundamental social changes that are taking place there, the discrediting of the Wahhabi ideology, which is the ideology that we have to fight with al-Qaeda and ISIS and the like.

ROSENBERG: These are sweeping changes.

AMBASSADOR ROSS: This is, for me, you have to balance what is the strategic interest with what are clearly areas where the Saudis cross the line. How do you reconcile [this]? How do you balance these two? And that's going to be a challenge for this administration.

It's clear that Biden himself feels the killing of [Saudi dissident Jamal] Khashoggi and the handling of the women activists [who were jailed by the Saudis for advocating a woman’s right to drive] – he really feels that this crosses a line, is unacceptable. And yet, at the same time, I'm quite certain that he's not blind or indifferent to the stakes we also have in Saudi Arabia. So, it's going to be a challenge for this administration, I think, to sort that out.

I'm hoping what they will do – I don't know that they deal do this, but I'm hoping what they will do – is have a very quiet dialogue with Mohammed bin Salman, which is an honest dialogue, which says, “Look, we understand we have a big stake in the success of the of your 2030 plan, because we know the national transformation plan can be a model for the rest of the region. And it's the absence of a successful model of development in the region that has created the appeal of extremes on both the secular side and also the radical Islamist side. But there are also issues that – we're not going to surprise you; we're putting you on notice now – but when we see if you do things where we see you crossing the line on human rights in terms of how you deal with dissidents, we're going to call you out on it. But let's see if we can create a set of guardrails or boundaries for this relationship that allows us to promote the things that we both have very much in common and have an interest in promoting. And where we disagree, we'll be clear about how we manage that.”

ROSENBERG: In a sentence or two, what is your overall view of how historic – or not – is what MBS is doing, or trying to do, inside the country?

AMBASSADOR ROSS: Look, what he is doing inside the country is a wholesale transformation of the country, building the source of legitimacy on modernization, not on Wahhabism.

If in the past, if we had a Saudi leader who was doing that, we would have basically said this is our hope. Now, obviously, it's come with a number of a number of grievous steps – the killing of Khashoggi was….

AMBASSADOR ROSS: It was horrific, wrong, and it needed a response from us, which honestly it didn't get [from President Trump] – it should have gotten a response from us, not only because of the message it sends to Mohammed bin Salman, but to anybody else internationally. You know, the fact is, Iranians are out there kidnapping – and recently kidnapped and brought back and hung a dissident journalist. I mean, we should be establishing a high price for this kind of unacceptable behavior.

ROSENBERG: Ok, so, that's Biden and the Saudis.

Interestingly, Biden's tough talk has been particularly tough on Recep Erdogan and Vladimir Putin, which is interesting, and maybe he's doing it in part as a jujitsu against Trump during the campaign. But Erdogan – let's just focus on him, because it's the Middle East – how do you assess Erdogan and U.S. Turkish relations, and where should they be going under Biden?

AMBASSADOR ROSS: This is a tough one.

Look, I think in the case of the Saudis, we have an enormous stake in their success.

In the case of Erdogan, we have an enormous stake in managing a relationship because this is a country of 90 million people, strategically and geographically very important, still a member of NATO, and it won’t always be dominated by Erdogan.

But we also have to establish clear limits on what he's doing. He seems to be trying to recreate the Ottoman Empire, in one form or the other. And where he crosses the line here, again, we have to establish limits.

I would say with Turkey, Erdogan, at this point – the more he faces domestic [and] economic problems, the more he seeks to create greater success on the outside, or at least the image of reestablishing Turkey as a as a major power in the broader region, I think we have to make it clear what the limits are. The idea that he buys S-400 [missiles from Russia], which would absolutely put the Russians in a position to compromise our stealth technology – this is completely unacceptable. So, where he does things that are unacceptable, we have to be very clear.

ROSENBERG: No, I agree.

AMBASSADOR ROSS: And so, you know, there has to be some difference in terms of how we how we manage these both. Turkey we have a long term interest in, and figuring out the best way to ensure that we don't put ourselves in a position where Turkey can no longer be a member of NATO, where there will be a post-Turkey-Erdogan. We've already seen what happens. He had a candidate for mayor in Istanbul. He canceled the first election and then his candidate lost even worse in the second election. So, there is a basis in Turkey to hang on to, and I think it's critical that we do that.

ROSENBERG: I appreciate it very much. Ambassador Dennis Ross, these three interviews have been super helpful as people try to figure out who is Joe Biden, what is his team, and what are the challenges that he faces in the Middle East. Thank you so much for joining us on ALL ISRAEL NEWS.

AMBASSADOR ROSS: My pleasure. Thank you, Joel. Always good to be with you.