JERUSALEM – U.S. Secretary of State Tony Blinken landed at Ben-Gurion International Airport this morning making the first stop on his four-day tour of the region, May 24 through 27.

Blinken met with Prime Minister Benjamin Netanyahu in Jerusalem. He will also meet with other senior officials, including opposition leader Yair Lapid who is working to form a coalition that will oust Netanyahu from the premiere role.

“Israelis have one question for the Secretary,” noted Joel C. Rosenberg, ALL ISRAEL NEWS founder and editor-in-chief. “Will the U.S. pledge to prevent all aid and reconstruction funds for Gaza from reaching Hamas and Islamic Jihad?”

“The recent Gaza war cannot be allowed to become a fundraiser where terrorists receive billions for attacking Israel and destroying the lives of Palestinians,” Rosenberg added.

Netanyahu is expected to press the secretary on this very issue. 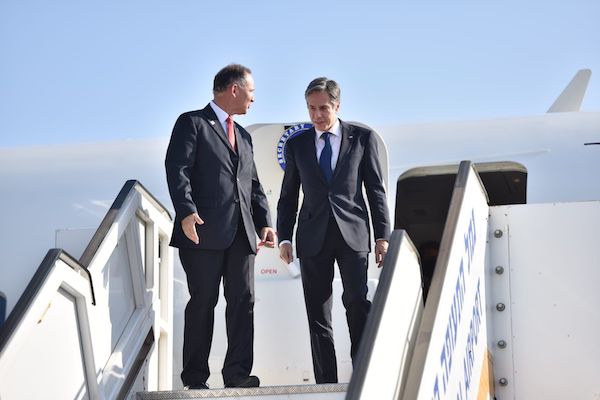 After his meeting with Netanyahu, Blinken explained why U.S. President Joe Biden asked him to visit the region.

He credited “intense” behind the scenes negotiations with Biden that helped produce the ceasefire. Blinken also said that in helping Gaza rebuild, efforts will be made to ensure fund do not fall into Hamas hands.

He then touched on a potential return by the U.S. to the Iranian nuclear deal while reiterating America's commitment to Israel.

“We’ll continue to strengthen all aspects of our longstanding partnership, and that includes consulting closely with Israel, as we did today, on the ongoing negotiations in Vienna around a potential return to the Iran nuclear agreement, at the same time as we continue to work together to counter Iran’s destabilizing actions in the region,” Blinken said.

“The United States has engaged in intensive diplomacy to bring an end to the hostilities in Gaza,” the statement adds. “Secretary Blinken is traveling to the region to discuss essential follow-up efforts to consolidate the ceasefire and reduce risks of further conflict over the coming months.”

ALL ISRAEL NEWS will provide updates throughout the secretary’s travels. 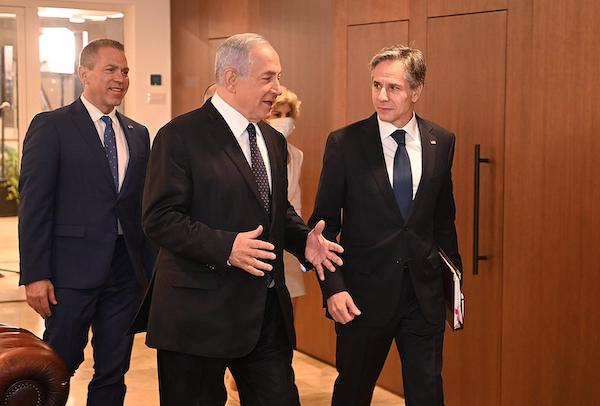 Yesterday, in appointing a new Mossad chief and ahead of Blinken's visit, Netanyahu said that preventing Iran from attaining a nuclear weapon is Israel's main concern. The Biden administration has opened talks in order to rejoin the nuclear deal with Iran, a deal that former President Donald Trump pulled out of in 2018.

“I very much appreciate our friend, the U.S., which has stood at our side for many years. This is part of our national security,” Netanyahu said. “But there could be a situation in which our paramount goal ... will require us to make courageous and independent decisions. The State of Israel will not allow Iran to arm itself with nuclear weapons.”

“With or without an agreement, we will do everything to prevent Iran from arming itself with nuclear weapons and this is because it concerns our existence.”