JERUSALEM – On Tuesday, Israelis go back to the polls for the fourth round of national elections in just two years.

Why so many elections in so short a time?

There are many factors, but here’s the short version.

Roughly half of Israelis see Prime Minister Benjamin “Bibi” Netanyahu not simply as the leader of a small country of 9.2 million people, but as a powerful and savvy player on the world stage who is urgently needed, whatever his flaws, to guide Israel through complex and dangerous times.

The other half see Netanyahu either as corrupt and a growing threat to Israel’s democratic institutions, or as a once-effective leader who has lost his way and needs to be shown the door so a new generation of leaders can emerge.

With  neither the “pro-Bibi” nor the “anti-Bibi” camps  able to unify and establish a clear majority – and thus assemble a stable governing coalition in the Knesset (parliament) – we keep being driven back to new elections time after time until one side prevails..

Netanyahu is the longest-serving premier in the history of the country. He was first elected in 1996, but lost reelection in 1999. After serving in other cabinet posts – and as leader of the opposition – Netanyahu regained power in 2009 and has remained there ever since.

For young Israelis, Netanyahu is the only prime minister they have ever known. And he has been incredibly successful.

He recently negotiated four historic Arab-Israeli peace deals in recent months with the United Arab Emirates, Bahrain, Sudan, and Morocco, for which he has been nominated for a Nobel Peace Prize.

He persuaded President Donald Trump to recognize Jerusalem as the capital of Israel and move the American Embassy to Jerusalem from Tel Aviv, and to recognize Israeli sovereignty over the Golan Heights.

What’s more, Netanyahu persuaded Trump to withdraw the U.S. from the deeply flawed Iran nuclear deal and apply a “maximum pressure” campaign against the terror masters in Tehran. Simultaneously, he ordered the Mossad to sneak into Tehran and steal Iran’s entire archive of nuclear weapons plans, then released the documents publicly to humiliate the mullahs and prove that they have been lying when they say that they have no intention of building The Bomb.

Meanwhile, Netanyahu has overseen the development of the Iron Dome system that has a 95% success rate of shooting down rockets from Gaza, protecting the lives of scores of Israeli civilians in the south and keeping the Israeli military from having to invade Gaza.

He has reduced taxes and regulations, creating the conditions to attract massive amounts of venture capital and enabling Israel’s economy – especially its high-tech sector – to soar and become one of the most innovative in the world.

If this weren’t enough, Netanyahu has opened and expanded Israel’s diplomatic relations with China, India, Brazil, African and Latin American countries, and many others.

He has also prevented the creation of a sovereign, hostile, and militarized Palestinian state during his years in office.

Based on such a track record, Americans might expect that Netanyahu would be on the road to a landslide.

Yet, with each successive election cycle, Netanyahu is finding it more difficult to form a stable governing coalition.

There are two main reasons.

True, he has done a good job getting nearly all Israelis vaccinated in recent weeks. However, more than 6,000 Israelis have died from the coronavirus. That’s more than in all the wars and terrorist attacks over the past two decades.

Israel’s economy has been devastated. One-in-five Israelis are unemployed. More than 70,000 businesses have closed their doors. The tourism industry has been shuttered. People are hurting and angry. A recent poll found 67% of Israelis had a negative view of the Netanyahu government’s handling of the economy.

Second, Netanyahu’s abrasive leadership style has exhausted, embittered, and enraged so many past political partners that he is running out of people willing to form a government with him.

Left-wing parties have always hated him, and even more so now since Netanyahu has been indicted and is on trial in three separate corruption cases.

The larger challenge is that Netanyahu is increasingly alienating centrist and even right-wing politicians.

Yair Lapid is the leader of a large centrist party (Yesh Atid). He once served as Netanyahu’s Finance Minister. Now he is the Leader of the Opposition who vows to bring Bibi down and never to serve in another government with him again.

Gideon Sa’ar was once the second most popular member of Netanyahu’s right-wing Likud party and a loyal Bibi deputy. In December, however, Sa’ar left Likud, formed his own center-right party (New Hope), and says he will never sit in a Netanyahu-led government.

Avigdor Liberman was once Netanyahu’s chief of staff. But he got so frustrated with Bibi that he, too, left Likud, formed his own center-right party (Yisrael Beitenu), and also vows never to serve with Bibi again.

Naftali Bennett is another former Netanyahu chief of staff who fell out with Bibi and formed his own right-wing party (Yamina). Bennett is widely described in the Israeli press as “The Kingmaker.” Neither the “pro-Bibi” nor the “anti-Bibi” camps can form a government without him. Netanyahu will do everything he can to win Bennett after the election. But Bibi is clearly worried since Bennett is telling voters at every turn that it’s time for change.

“There’s no competent management of this country,” Bennett recently told a TV interviewer. “If it were a company, the CEO would be fired. And it's time to fire the CEO and bring in a new CEO.”

To be sure, Netanyahu and his Likud party will emerge on Tuesday as the largest faction in the 120-seat Knesset. Polls indicate they will win between 28 and 32 seats.

But Bibi must find enough partners to form a 61-seat majority. Can he do that?

The public statements of other party leaders suggest his pathway is narrowing.

But make no mistake: Netanyahu is a shrewd political cat.

He and his team are relentlessly pressing the message: “Only Bibi.”

As in, “Yes, Bibi has flaws and makes mistakes – but only Bibi can keep the country safe from Iran, get the whole country vaccinated, make peace with more Arab countries, and revitalize the suffering Israeli economy.”

Will it work, or are we headed for a post-Netanyahu era – or, God forbid, for a fifth round of elections?

Stay tuned. The next episode of this made-for-TV-drama begins Tuesday. 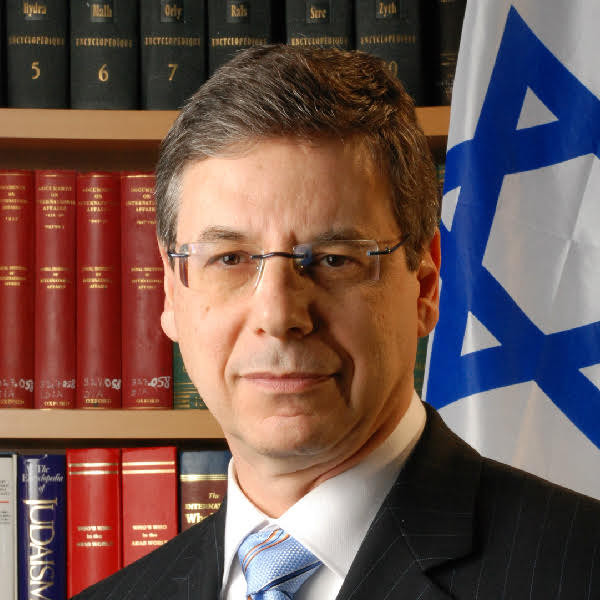 Danny Ayalon served as a Member of the Israeli Knesset, as Israel’s Deputy Foreign Minister and as Ambassador to the United States. He currently serves on the advisory board for ALL ISRAEL NEWS.