Last night, 21-year-old popstar Eden Alene qualified for the finals of the Eurovision Song Contest 2021 after a live performance of her song “Set Me Free,” during the semi-finals held in the Netherlands.

At the end of her performance, Alene – Israel’s first Ethiopian-Israeli representative to compete in Eurovision – thanked viewers in Hebrew, Arabic, English and Amharic, the main language of Ethiopia.

Known for her signature “whistle note,” the singer broke the record for reaching the highest note on the Eurovision stage in the history of the competition. According to reports, up until last night in Rotterdam, only 10 women have reached the challenging sixth octave during a performance. Alene remarkably belted out the highest note within that octave – the “nearly-impossible” B6 note.

ALL ISRAEL NEWS listed Alene as No. 5 of the top 21 Israelis to watch for in 2021 – and we are thrilled to have her prove us right!

When asked by reporters how it felt to qualify for the finals, Alene became emotional.

“I feel like I’m going to explode because of the excitement! I’m so happy for my country because we deserve this. We’ve been through so much,” she said, referring to Israel’s ongoing conflict with the Hamas terror group and recent attacks across the country.

“I love my country and I’ve been through so much. And I’m so happy!” she said, while holding back tears. 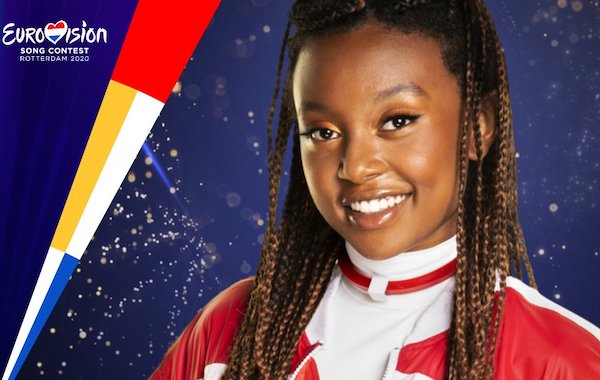 Just hours before the semi-finals, during rehearsals, Alene posted a message on Instagram of love and support to family and fans back home in Israel.

“Every moment onstage it was impossible for me not to think of my loved ones and the nation I represent,” she wrote in Hebrew. “I’m here in the Netherlands, but my heart is always with you – aching, loving, supporting and following with concern all that’s happening in Israel. I stood on the stage in Rotterdam and did everything I could to bring honor to my country, its citizens, my family and friends.”

Despite her immense talent, it was not a given that Alene would make it to the finals. The Eurovision Song Contest is based on popularity and – with anti-Israel sentiment sweeping through Europe due to the current conflict with Gaza – some expressed concern that this would weaken Alene’s chances. Winners are chosen by viewers from the participant countries in Europe (and Australia and Israel) via text-message voting.

However, the singer was popular with fans who tweeted support from around the world before the competition began.

There were also hostile messages. Former Eurovision 2011 contestants from Ireland – known by their stage name Jedward – tweeted on May 13 that Israel should be removed from the 2021 Eurovision contest.

Calling ACTION Now @Eurovision to remove Israel 🇮🇱 from this years contest! the world is watching you! Justice for Palestinians 🇵🇸

The post elicited strong responses from followers, showing support either for Israel or for the Palestinians.

During the semi-finals on Tuesday night, 16 countries competed for 10 of the 26 spots. An additional 10 spots will be awarded to winners of the second semi-final on Thursday, with the final six spots reserved for Eurovision’s Big Five (Germany, Italy, France, Spain and the UK) along with the Netherlands, the incumbent winner from the last Eurovision in 2019. Of the 26 contestants competing this Saturday, one will win the grand prize.

The Eurovision arena only allowed 3,000 fans to attend and everyone – including performers and crew – was required to present a negative COVID-19 test before being admitted. Alene was set to represent Israel last year, but Eurovision 2020 was canceled due to the pandemic.

The Netherlands is hosting the Eurovision 2021 after winning the competition in Tel Aviv in 2019.