In recent years, I have been uplifted by a relationship with a young Polish man from the town where my grandmother was born, and from which, thankfully, she fled. Otherwise, I wouldn’t be here to write this.

“P” is bright, energetic, and passionately committed to documenting even minor details of the existence of a once thriving, albeit small, Jewish community in Kanczuga. Growing up, he knew that Jews used to live there but didn’t know much more. Following a visit to the U.S. Holocaust Museum, he became driven to learn and document everything he could. His age is significant because it would be very easy to know that there was once a Jewish community and not care or do anything, or even cover up for the uncomfortable facts that in Kanczuga, Poles played an active role in the murder many of the town’s Jews, during and after the War.

“P” speaks about “reconciliation” which is a nice idea, but one I am not sure I understand.  For me, and many descendants of Jews who were lucky enough to survive the Holocaust, our history there is nostalgic but one that is increasingly distant in the rear-view mirror of our lives today. While vague practically, to his credit, “P” has helped me realize that there is something that is and can be redeeming in some form of reconciliation.

I appreciate his efforts, specifically undertaking to maintain the Jewish cemetery where many of my relatives are buried who were lucky enough to die before the Holocaust. I appreciate that he’s also become a target for those who don’t want to remember or acknowledge the presence of Jews in Kanczuga, or just don’t care.

Last week, the Polish parliament threw a cold dose of reality on any sense of reconciliation that might take place widely. Passing a law that all but prevents reclaiming property that was seized, confiscated, or nationalized basically eliminates the opportunity of any descendants of any Jews who once lived and owned property in Poland from ever claiming, much less reclaiming their property. Once, I shared a picture with “P” of my great aunt Rachel and her children. He noted that the house she is standing in front of still stands today, over eight decades later.

I don’t know if that’s her house, or the one next door to where she lived. But I do know how she died, and am confident that she didn’t sell the house to a neighbor before being deported and shot along with the rest of my grandmother’s family.  This means that either her neighbors came and took the house and its contents, or as Patryk once commented, it may have been inhabited by people who resettled there “from the east.” While the Kanczuga town records show dates of the births, marriages, and deaths of my relatives, it’s a far stretch to imagine any legitimate or legal real estate transactions exist from my relatives’ homes in the 1940s. 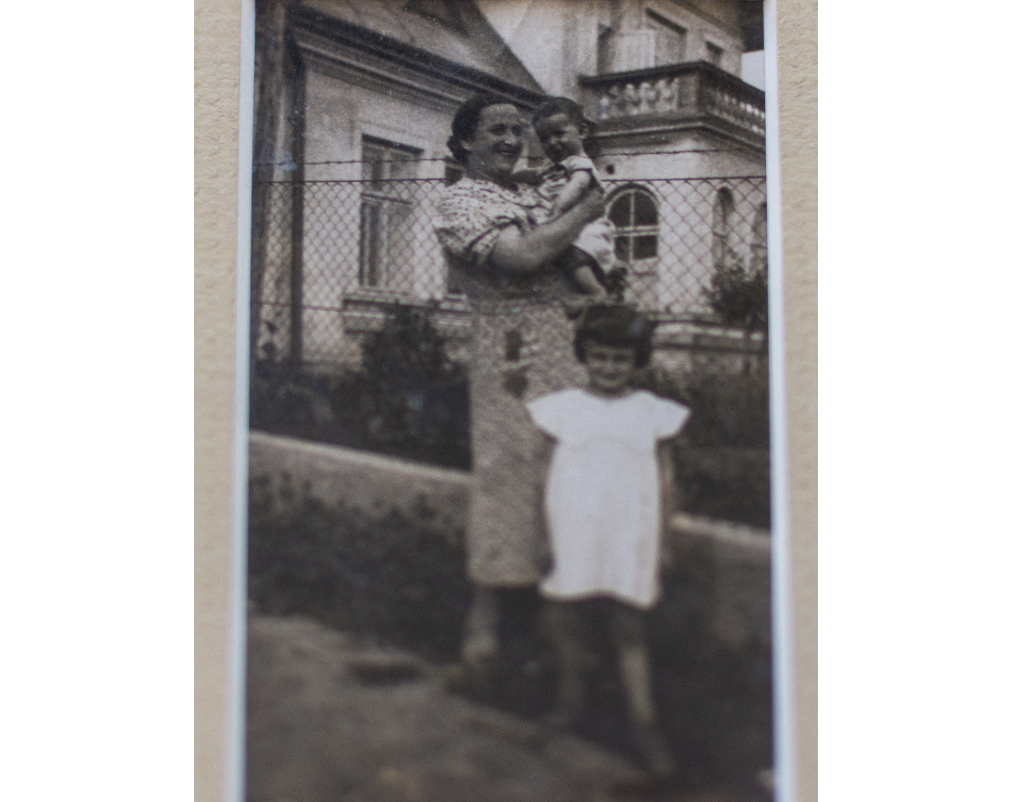 A picture of my great aunt and her children

Despite the fear in Kanczuga, and Poland in general, that Jews would come back to reclaim their property, the new Polish law now lets the residents sleep in peace in the homes in which they have lived for decades. While many European countries that once had thriving Jewish populations have dealt with the past and made the reclaiming of Jewish property possible, Poland is one of the few – maybe even the leader – in preventing that.

“P” has helped me understand that Poles were victims of the Nazis as well, not something that most Jews think or care about with three million Polish Jews murdered, most on Polish soil.  It’s a fair point, but not justification for the outright looting and theft of millions of Jews’ properties.  Decades after Jewish ashes poured from the crematoria, the new Polish law feels a little like poking the Jewish people in both eyes.

If, after all these years so much Jewish property remains unclaimed, do they really think that millions are going to show up to do so?  Shouldn’t reconciliation be internal as well? Another recent Polish law made it illegal to speak of “Polish death camps” and the like. From the perspective of a country that also feels victimized, I understand that. They were Nazi crimes. But not recognizing that many Poles facilitated and participated in the Nazi murders (yes there were also some Righteous Gentiles), not accepting responsibility for the uncomfortable things that Poles did, is not only a falsification of history, but prevents any meaningful national reconciliation.

This is illustrated by the story of a survivor from Kanczuga, Bennie Schanzer, who I got to know about 30 years ago. He told me when the Jewish community was being deported, it was my great grandmother who urged him to flee, crediting her for saving his life as she was being taken to be shot in a mass grave. He noted that the person “driving” the horse-drawn cart was a young man who he went to school with. Did the Nazis force him, did they pay him, or did they just ask for volunteers? The massacre of the Jewish community of Kanczuga, some 1000 souls, took place 79 years ago this week. What is known is that throughout Poland, Polish gentiles were active and willing partners, even if the Poles today make it illegal to recognize their own complicity.

Maybe they don’t care, but there’s a huge paradox. Tremendous Polish tourism (and income) comes from Jews, to see what once existed and was wiped out in five years. Now, Poland enables descendants of Polish Jews to receive citizenship. One man I know whose family also hailed from Kanczuga proudly celebrated his “reclaiming” his Polish heritage. I don’t have that level of nostalgia, but it almost made it seem like Poland was indeed making efforts to reconcile. Maybe they even regretted what happened and loved us.

Then the laws, like this latest one that prevents reclaiming of Jewish property, make it clear that they love us not. Economically, they seem to be quite happy for Jews to visit and see what they once owned, even arriving on new Polish passports, but only from a distance. Don’t look at, much less knock on the door of the house that was your great grandparents, heaven forbid. You might offend those living there, even though now they know that while their grandparents didn’t buy the house, they’re there to stay.