Israeli archaeologists reported discovering 15 silver coins in a preserved wooden box found last May in the Muraba’at Cave in the Darageh Stream Nature Reserve, near the Dead Sea.

The coins were minted by Egyptian King Ptolemy VI and are dated to the days leading up to the Maccabees’ Great Revolt of 167-160 B.C., against the regime of Seleucid King Antiochus IV, “Antiochus the Evil.”

In Jewish history, Antiochus IV is associated with Hanukkah, as his persecution of the Jewish population led to the Great Revolt.

The coins extracted from the wooden box will be on public display during Hanukkah – which begins next week – at the Hasmonean Heritage Museum in Modi’in, the Maccabees’ hometown.

According to the archaeologists, the coins are the first tangible proof that Jews fled to the Judean Desert during the persecution of Antiochus IV. 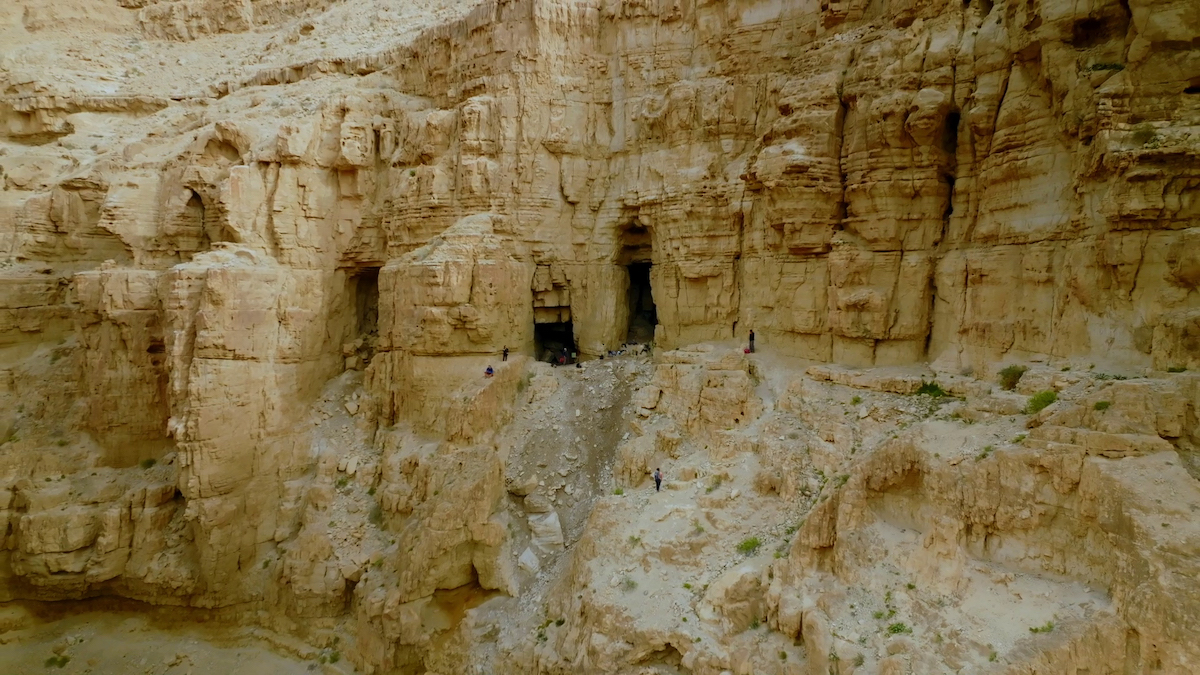 “It is interesting to try to visualize the person who fled to the cave and hid his personal property here, intending to return to collect it. The person was probably killed in the battles, and he did not return to collect his possessions, which awaited almost 2,200 years until we retrieved them,” said the Israel Antiquities Authority’s Dr. Eitan Klein.

“This is an absolutely unique find, [and] presented the first clear archaeological evidence that the Judean Desert caves played an active role, as the stage of the activities of the Jewish rebels or the fugitives in the early days of the Maccabean Revolt, or the events that led up to them,” he said.

Even more significantly, the coins appear to be hard proof of events found in the Book of Maccabees.

In the first book of Maccabees, the persecution of the Seleucid king forced Jews to flee to the desert: “Then many who were seeking righteousness and justice went down to the wilderness to dwell there: they, their sons, their wives and their cattle, because evils pressed heavily upon them. And it was reported to the king’s officers, and to the troops in Jerusalem in the city of David, that men who had rejected the king’s command had gone down to the hiding places in the wilderness. Many pursued them and overtook them; they encamped opposite them and prepared for battle against them on the Sabbath day. … and they died, with their wives and children and cattle, about a thousand persons.” (I Maccabees 2:29–37)

Israel’s Minister of Jerusalem Affairs and Heritage and Minister of Housing and Construction, Zeev Elkin, stressed the importance of continued archaeological work to supply hard evidence of Jewish heritage.

“This moving find, coming just before the festival of Hannukah, is symbolic, emphasizing once again the importance of our activity in the field of heritage,” Elkin said. “Over the recent years, the Ministry of Jerusalem and Heritage, which I am responsible for, has invested millions of shekels in the Judean Desert Survey. Together with the Israel Antiquities Authority and the Archaeology Staff Officer of the Civil Administration of Judea and Samaria, we have taken steps to save and preserve many heritage sites in the Judean Desert and in Judea and Samaria, and I commend all the participants in this important task.” 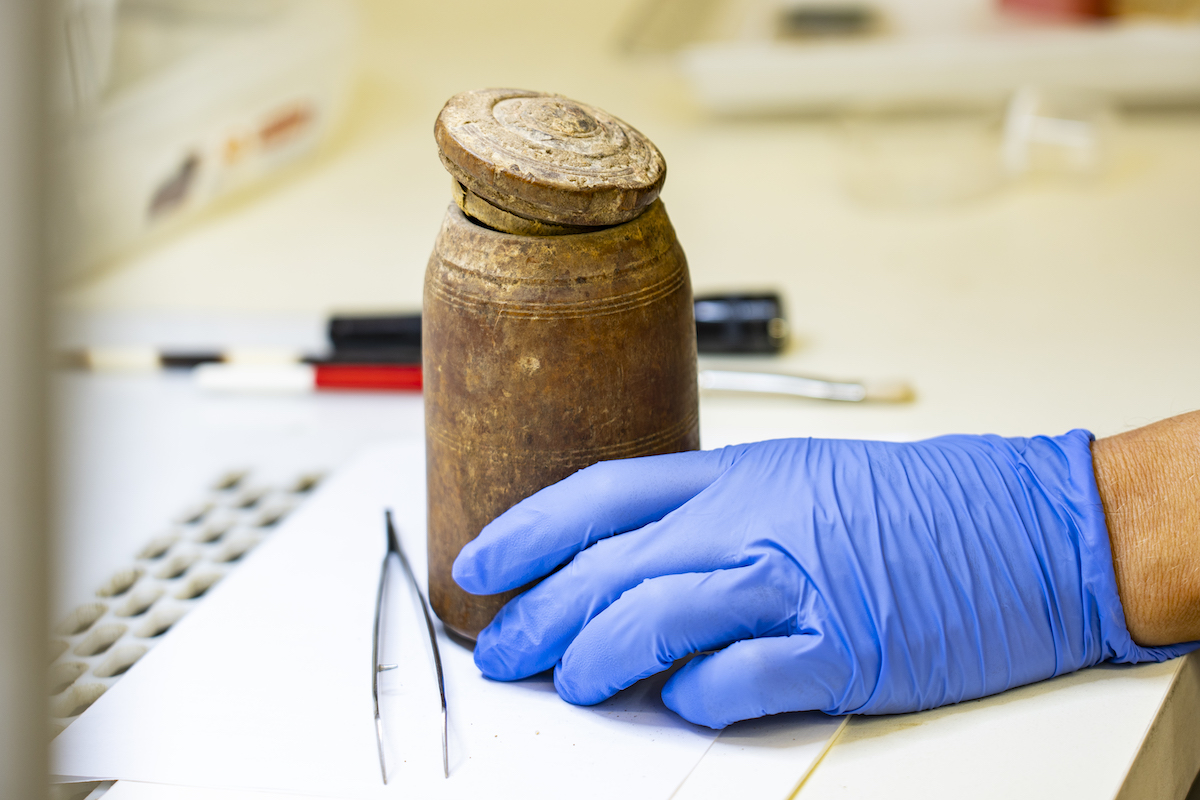 “During Heritage Week which will take place on Hannukah, dozens of sites will be open to the public with special activities for families and children, including the possibility to see the new discovery in the Hasmonean Museum in Modi’in, and I invite all Israel to visit and enjoy the national heritage,” he said.

Israel Antiquities Authority Director Eli Eskosido said the cave where the box was found is likely to be the hiding place of even more precious finds.

“The coin hoard that will be exhibited to the public in the framework of the Israel Heritage Week events fires the imagination and connects us with ‘those days in this season,’” Eskosido said.

“This is the Hannukah ‘gelt’ [money] that the Israel Antiquities Authority is donating to the people and the State of Israel. I invite the public to take part in the excavations in the Wadi Muraba’at Cave in December. We consider that the cave has not yet said its final word!”