The Israel Antiquities Authority on Wednesday announced finding part of a 1,000-year-old rock-hewn moat with a mysterious handprint carved into the moat wall during excavations along Sultan Suleiman Street, which runs along a Jerusalem Old City wall.

The excavations that led to the moat’s chance discovery were being conducted by IAA Excavation Director Zubair Adawi in preparation for infrastructure improvements.

“People are not aware that this busy street is built directly over a huge moat, an enormous rock-hewn channel, at least 10 meters wide, and between 2 to 7 meters deep,” Adawi said. “The moat, surrounding the entire Old City, dates back about 1,000 years to the 10th century C.E. or earlier, and its function was to prevent the enemy besieging Jerusalem from approaching the walls and breaking into the city.”

Adawi explained that, while many moats in Europe were filled with water, the one surrounding Jerusalem was dry.

Dr. Amit Re’em, Jerusalem regional director at the IAA, said the moat held surprises for incoming enemies and described how attackers would have to cross the moat while under fire from the walls above.

“As if this wasn’t enough, there were secret tunnels in the fortifications, some of them uncovered by the Israel Antiquities Authority archaeologists in previous excavations, whereby the city defenders could emerge into the moat and attack the enemy by surprise, and then disappear back into the city,” Re’em said.

During the excavations, a mysterious hand imprint was found carved into the moat wall. Archaeologists are not sure of its significance. 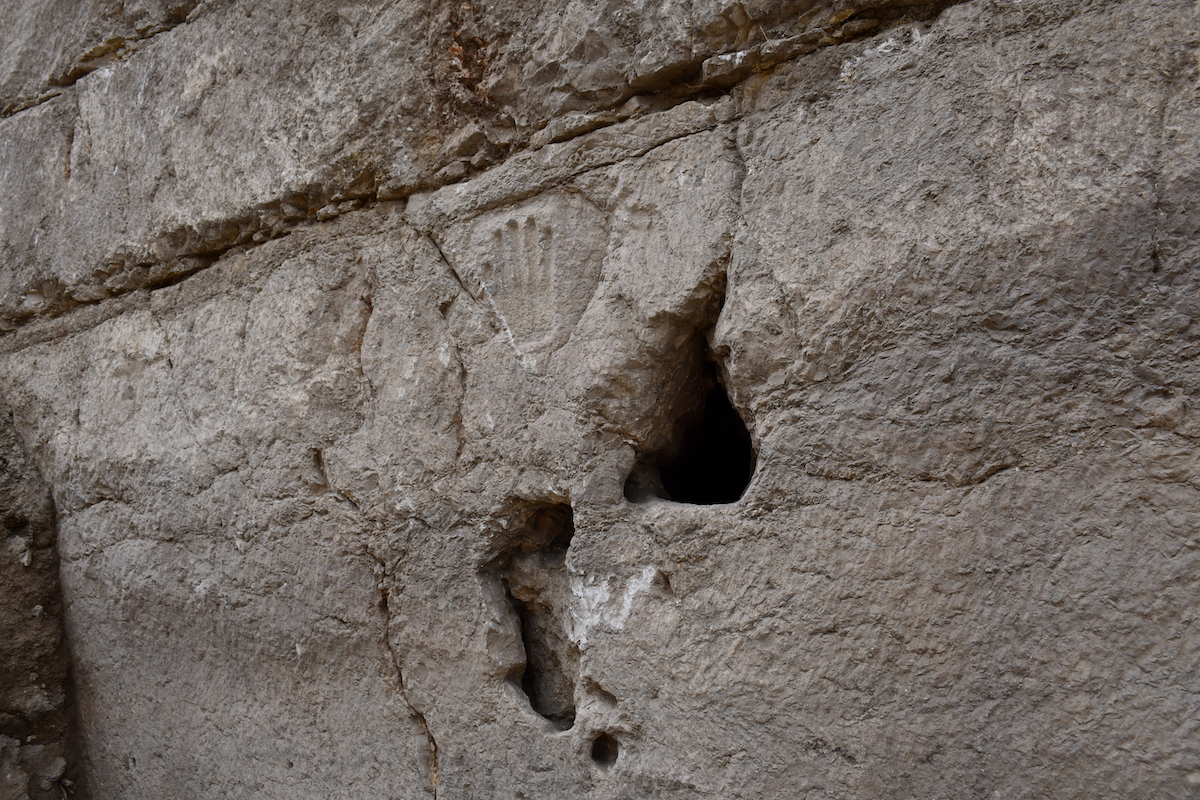 The excavations date the moat to the First Crusade in 1099 and reveal the religiously motivated struggle for Jerusalem at the time. The current Old City walls date to the reign of Sultan Suleiman I of the Ottoman Empire, a later period than the moat.

“The earlier fortification walls that surrounded the ancient city of Jerusalem were much stronger,” Re’em said.

Jerusalem has often been the center of conflict and controversy throughout its history.

“Many dreamed about and fought for Jerusalem and the city fortifications are a silent testimony. The archaeological finds enable us to visualize the dramatic events and the upheavals that the city underwent. One can really imagine the tumult and almost smell the battle smoke. We are daily unraveling the intensive military history of the city, and we will make great efforts to exhibit the finds to the general public,” said IAA director Eli Eskosido.