This week in the largest Arab city in Israel – the hometown of Jesus – the murder of a father and his 2-year-old son cast a dark shadow over holiday celebrations in Nazareth, known for the largest Christmas parade in the country.

“All of us are in shock,” Pastor Saleem Shalash said in an interview with ALL ISRAEL NEWS. “To be a light in the darkness is not easy. To be sharing the love of Yeshua in the midst of evil … it is the most difficult part.”

The two deaths are the latest in a concerning cycle of violence and rising crime in the city and in Arab communities across Israel, much of it fueled by organized crime and revenge killings. So far in 2022, 110 Arabs have been killed, according to the not-for-profit organization, The Abraham Initiatives.

“I do believe the message of love will win sooner or later,” Shalash said. “We will not give up. We will continue and it is not over until it is over.” 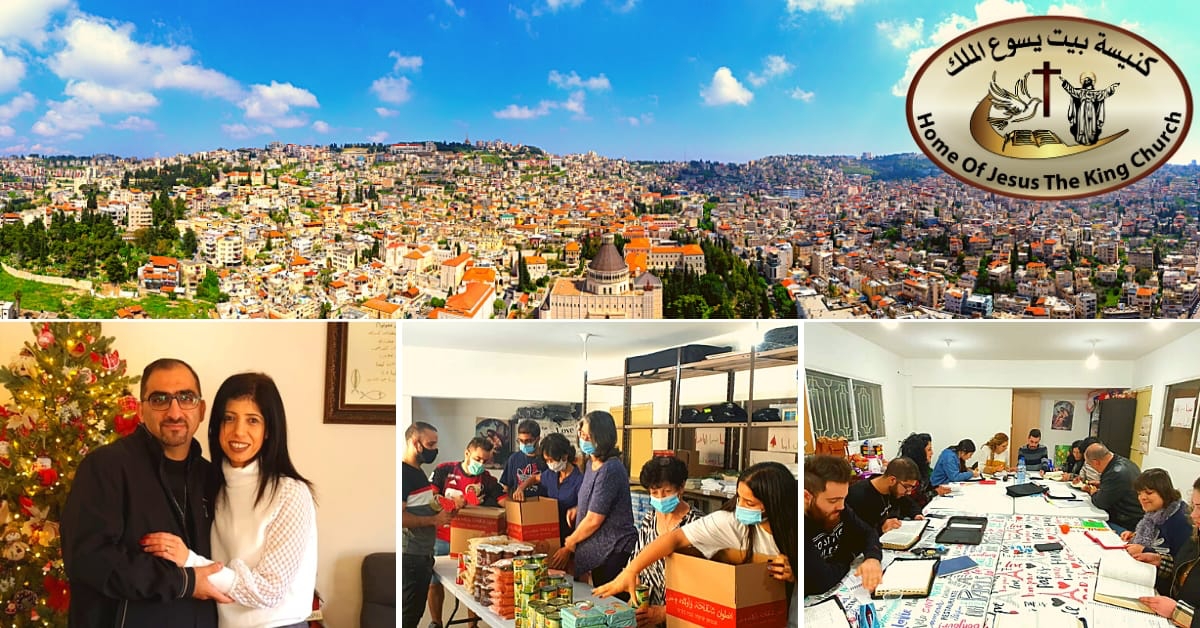 Nazareth, Shalash said, still suffers from the same spirit of rejection that it was under in the time of Jesus which prompted the biblical figure Nathaniel to ask the famous question: “Can anything good come out of Nazareth?”

“Violence is spreading so quickly,” Shalash. We couldn’t imagine one day, a child – 2 years old – would be killed this way. What is his guilt? What is his fault?”

With a population of around 80,000 and situated in northern Israel, Nazareth is a predominantly Arab city with a population that is 69% Muslim and 31% Christian. Biblically, it is the hometown of Mary and Joseph who raised Jesus there after his birth in Bethlehem and their escape to Egypt.

Nazareth is also the central Israeli city for Christmas celebrations with a large tree and a parade that attracts tens of thousands of people – Christian, Jewish and Muslim alike – from across the country on Christmas Eve. 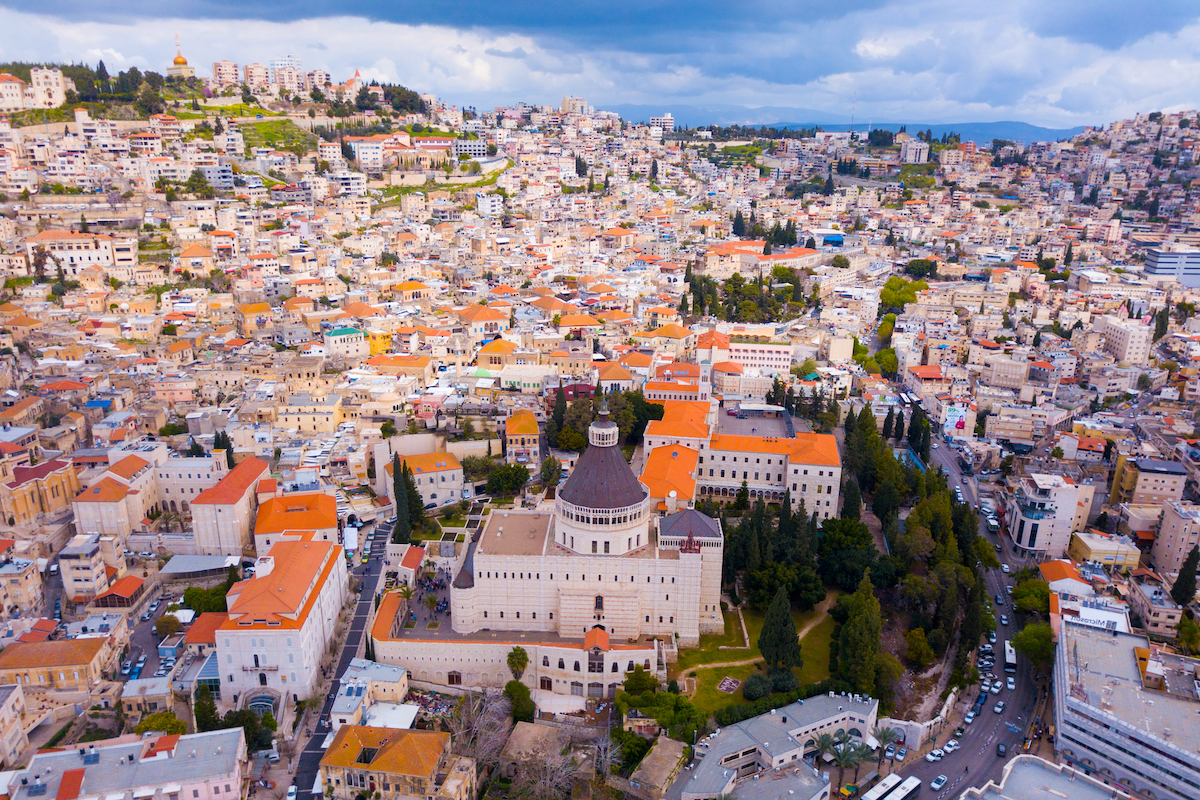 Aerial footage of the Basilica of the Annunciation in Nazareth (Photo: Shutterstock)

Shalash called on believers to be a light and a bridge between all communities, especially as darkness increases. And he and his church – Home of Jesus the King – practice what they preach through several outreaches to the community throughout the year.

“This period is about being a light,” he said. “To be a light means you need oil and the oil is your prayers, your support, your coming to help us and being a part of what God is doing.”

This month, the church sent a group to a local nursing home to bring gifts and sing Christmas carols. The residents, mostly Jewish, were amazed that Christians took time to visit them and one even asked them to return every holiday.

In another project, they church is preparing 350 food packages to bring to the needy.

During the Christmas parade on Saturday, church members will distribute 3,000 gift bags to children filled with chocolate, a toy and a magnet to remind them that “Jesus is the reason for the season.”

They will also drive around in a truck decorated with Bible verses. 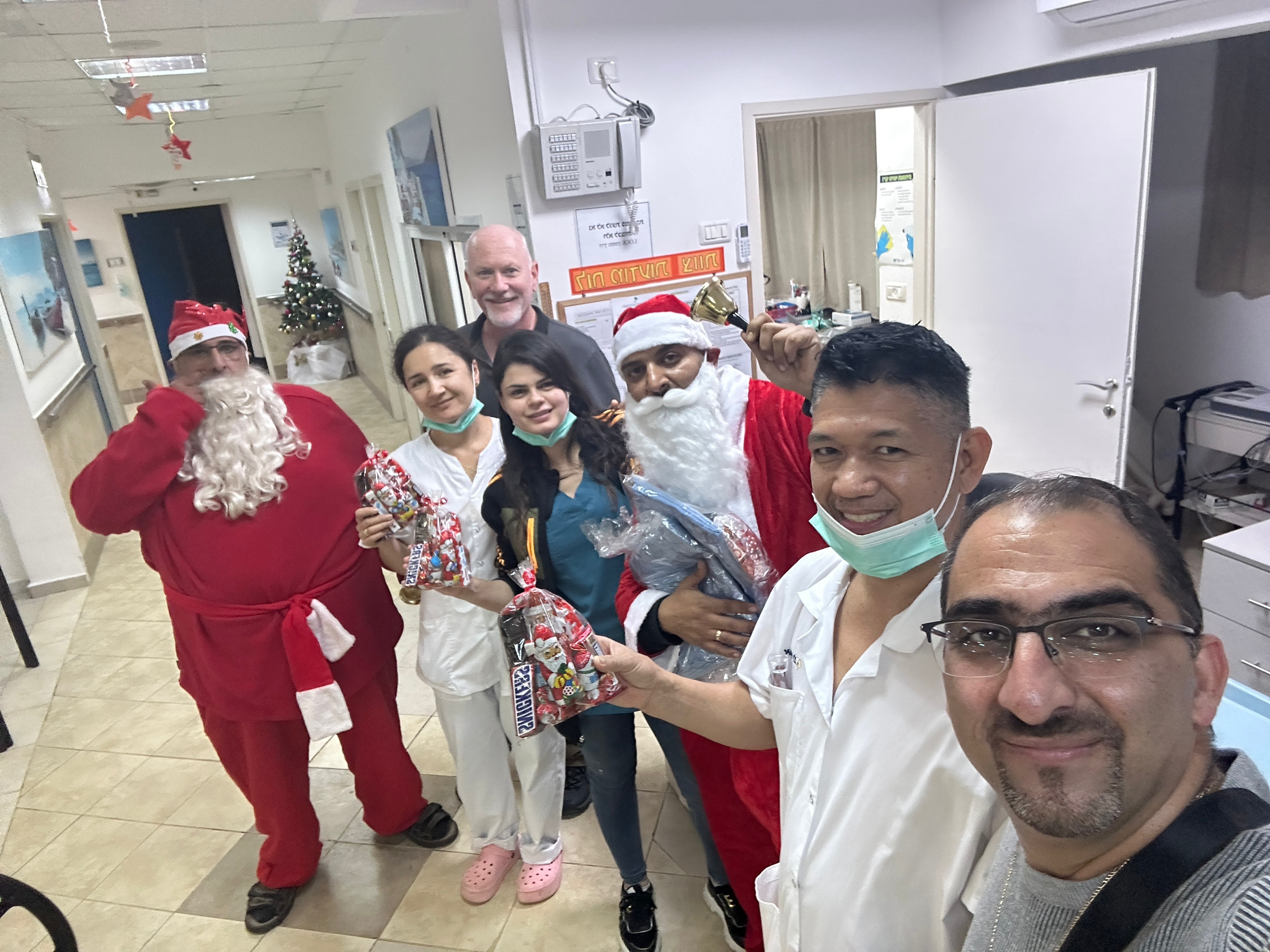 “We are trying to create a new generation – to be a light in darkness. It is a lot of work, especially when you are in the world but not of the world,” he said.

When asked really, if anything good could come out of Nazareth despite the bad news these days, Shalash replied, “No, all the good things will stay in Nazareth.”

“Jesus Himself came out of Nazareth and He is the best for our life,” he said. “We are the followers of Yeshua and we are raising up a new generation that will turn the world upside down.”

“Jesus went about doing good and He said, 'Go and do likewise,'" he said. “That is our message.”

"The people walking in darkness have seen a great light; on those living in the land of deep darkness a light has dawned." Isaiah 9:2