During a tour of Israel's security hotspots on Tuesday, Linda Thomas-Greenfield – the United States ambassador to the United Nations – pledged the U.S. would provide funding for the Israeli missile defense system.

“We will replenish the Iron Dome system and support Israel’s ability to defend itself,” she said.

Thomas-Greenfield, who is on her first trip to Israel, was escorted by Israel’s Ambassador to the United Nations Gilad Erdan. She toured both the northern and southern borders Tuesday where she was briefed about Israel's security concerns.

“The tour was very significant and is another important milestone in the strategic cooperation between Israel and the United States,” Erdan said. “Ambassador Thomas-Greenfield and I are working together to block initiatives against Israel in the United Nations Security Council and today, she saw in-depth the security situation in the region.”

The Iron Dome “protects Israeli civilians and will soon also protect the lives of American soldiers around the world,” he added.

In the North – where the Iranian-backed Hezbollah is based in southern Lebanon – Thomas-Greenfield was shown tunnels that Hezbollah managed to dig into Israeli territory. In the South, where Hamas runs the Gaza Strip, she viewed Israel's defense capabilities and the proximity and vulnerability of communities on the border.

“I am confident that the next time we have to explain these threats to the Security Council, this tour will be at the front of her mind and that she will help protect our shared interests,” Erdan said. 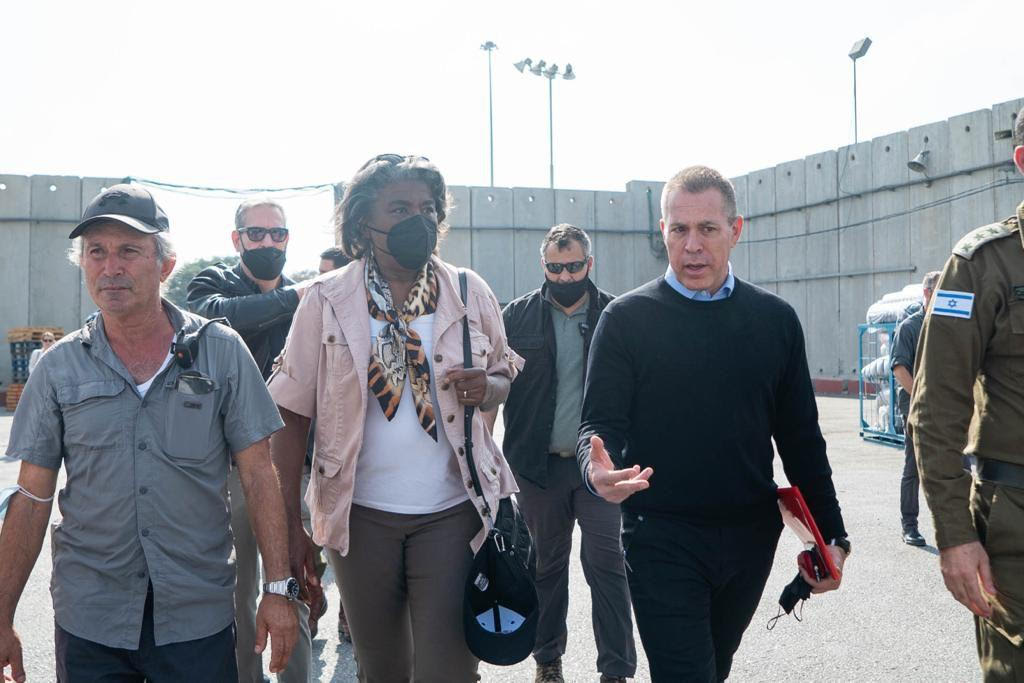 The ambassador also met with the Palestinian director of World Food Program – the food-assistance branch of the United Nations – to discuss the humanitarian crisis in Gaza.

“We’re committed to working with the UN & partners to marshal support and provide targeted humanitarian assistance directly to Palestinians in dire need,” she wrote on Twitter.