The Israel Defense Forces and United States Central Command on Monday announced the launch of a large-scale joint military drill, which an unnamed senior U.S. defense official called “the most significant exercise between the United States and Israel to date.”

The unprecedented drill, dubbed “Juniper Oak,” is expected to last until Friday. It displays unity and strength of arms by the two militaries, sending a strong message to enemies of both Washington and Jerusalem.

The anonymous defense official told NBC News that the exercise is meant to show adversaries like Iran that Washington is not distracted enough by the war in Ukraine and the threat from China to mobilize a large military force.

Israel’s Ynet news reported that this drill will be third U.S.-Israel effort in a year to simulate a model of attack on Iran involving intelligence sharing, command and control, and a “broad umbrella” of air defense coverage. According to the IDF, two armies will practice scenarios that will include targeting simulated naval threats and using U.S. bombers to drop live ammunition in southern Israel. 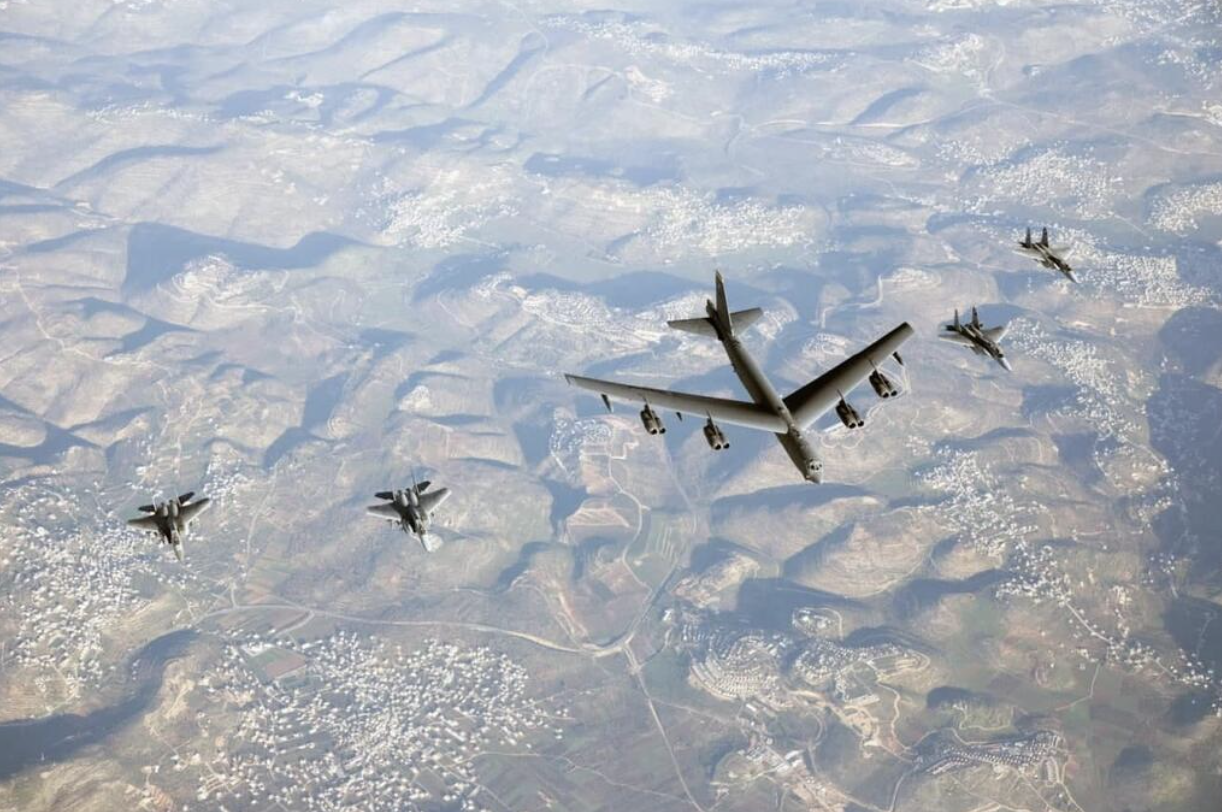 US B-52 bomber and Israeli F-15 fly in a joint drill (Photo: IDF Spokesperson)

Participating forces include approximately 6,400 U.S. and 1,100 Israeli personnel, as well as 142 aircraft and 12 naval vessels – six from each country.

A hundred of the aircraft are American, including four B-52 bombers, four F-35 fighter jets, 45 F/A-18 Hornet fighters, two MQ-9 Reaper drones, F-15 and F-16 fighter jets, Apache helicopters and other rescue and refueling aircraft, according to CENTCOM. The IDF said the Israeli Navy’s Sa’ar 5-class corvettes and a submarine would also participate in the drill.

According to CENTCOM Commander Gen. Michael “Erik” Kurilla, “Juniper Oak is a Combined Joint All-Domain exercise which improves our interoperability on land, in the air, at sea, in space and in cyberspace with our partners, enhances our ability to respond to contingencies and underscores our commitment to the Middle East.”

“The exercise will test joint Israeli-U.S. readiness and improve the operational relationship between the two armies,” the IDF noted in a statement.

“This exercise strengthens collective U.S.-Israeli readiness and improves the interoperability of both forces, thereby contributing to regional stability. Exercises like Juniper Oak show that interoperability and integration represent the improved security in the region,” CENTCOM stated.