We recently observed Holocaust Remembrance Day and – given that there are still forces at work to undermine or deny the veracity of the horrors which occurred and the millions of Jewish (and other hated or disposable) people murdered – remembering the Holocaust is of critical importance.

If you ever had the opportunity to visit the U.S. Holocaust Memorial Museum in Washington D.C. or Yad Vashem in Jerusalem it is an eye opening, shocking, horrifying and emotionally exhausting, but important experience. And if you can’t get to Washington or Jerusalem, consider watching the film “Schindler’s List.” It will have a similar impact.

Consider for a moment the historical context and what was beginning to transpire in Europe at the turn of the last century. In 1894, a young  journalist for an Austrian newspaper was covering the trial of a Jewish French military officer named Alfred Dreyfus, who was falsely accused of treason, a clear case of anti-Semitism.

Theodor Herzl was so affected by his coverage of the trial that he was convinced anti-Semitism in Europe was going to get far worse before it got any better. Two years later he published a book titled “The Jewish State,” which laid out the case for a Jewish homeland, predicting that if such measures weren’t taken, great harm would befall the Jewish people.

Herzl never could have imagined how right he was, and how bad anti-Semitism would get under the maniacal leadership of Adolf Hitler just a few decades later. In 1897, Herzl organized a Zionist Congress in Basel, Switzerland to discuss the possibility of establishing a Jewish state.

A Jewish writer from Ukraine named Mordecai Ben Ami attended the conference and helped with some of its organization, and also reported on it. Sometime in the late 1920s, his son, Micha Ben Ami – trained as a radiologist in Switzerland – moved to pre-Israel Palestine to attempt to live out Herzl’s dream of a renewed Jewish homeland in Eretz Yisrael (the land of Israel).  There he would meet and marry Chana Stern, and the two would have two girls, Imra and Hila Ben Ami.

In 1936, a young widow from an Orthodox family in Bielsko, Poland received the blessing from her father to leave her home and family and emigrate to the Holy Land, which many Jewish people were doing with aspirations to build a Jewish homeland, such as that envisioned by Herzl. Chana Stern had two sisters who were killed by the Nazis along with their parents in their little town, where her father Moshe Shmuel Stern served as rabbi. Her three brothers survived, two by shaving their beards and pretending to be Gentiles. They and the youngest brother – the late Rav Itzchak Stern, who resurrected their small congregation in Bnei Brak Israel (known as Belitz) – went on to have dozens of children, grandchildren and great grandchildren. “These descendants exist, because as a young man of faith, Rav Itzchak Stern refused to pretend to be a Gentile and stated unequivocally, “If G-d wants me to live, I will live.” And he did.

Not far away, in the Netherlands, lived a 10-year-old boy named Edgar Desser who escaped Amsterdam with his family in 1938 before the Nazis invaded. The family’s live-in nanny had heard rumors about a likely and potentially imminent German invasion and urged the Desser family to leave Europe. Thankfully, Edgar Desser’s parents heeded this warning and moved the family to Canada (the U.S. was not accepting Jewish refugees from Europe at that time). Many Jews in Holland who did not receive or heed such warnings did not survive. And upon their departure, Mr. Desser was told by the chief rabbi of the Netherlands that he was being “paranoid.”

Edgar Desser would go on to be ordained as an Orthodox rabbi in New York City, and later returned to Amsterdam to attend medical school. While working at a hospital in Israel, he met and married a young and beautiful Israeli sabra (native born) named Imra Ben Ami. 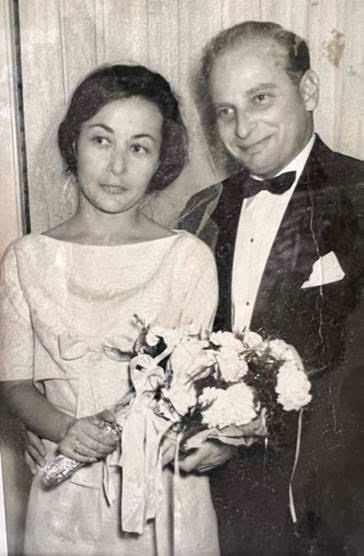 So many of their family and friends were not so fortunate. Many of Edgar and Imra’s relatives, friends and peers endured the horrific brutality of the concentration camps. Many others did not survive. And they learned their stories.

Best-selling author and Messianic Rabbi Jonathan Cahn once said, “In every generation Satan raises up a group who hate and wish to annihilate the Jewish people because if he can kill off the Jews, he can prove that G-d is not faithful to His promises. And he doesn’t like the Christians much better, because they have been grafted into those promises.”

May we always remember this history and this powerful insight by Rabbi Cahn. 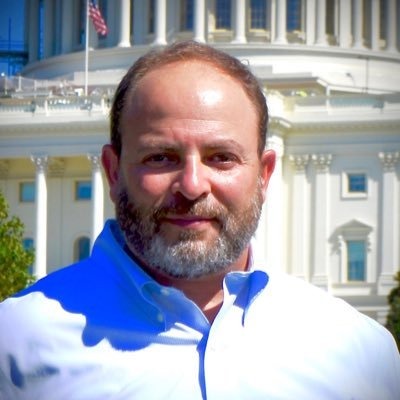 John Desser is the son of an Orthodox rabbi, great-grandson of Mordechai Ben Ami, and Deputy Director of the Alliance for Israel Advocacy. He resides in the Virginia suburbs of Washington, D.C.