Actually, it was called The Palestine Post at the time.

It covered the prophetic rebirth of the sovereign State of Israel in 1948 and has covered all of Israel’s wars, terror attacks, peace treaties and elections.

Both as a printed newspaper for English-speakers here in Israel, and in its online edition, the Post has become a trusted resource. In fact, the website has become the No. 1 most-read English site for news about Israel and the Middle East.

The Times of Israel is another great English-language news source and I love to read both. But the "J-Post" – as it is known here – is the original, and is widely respected as such. 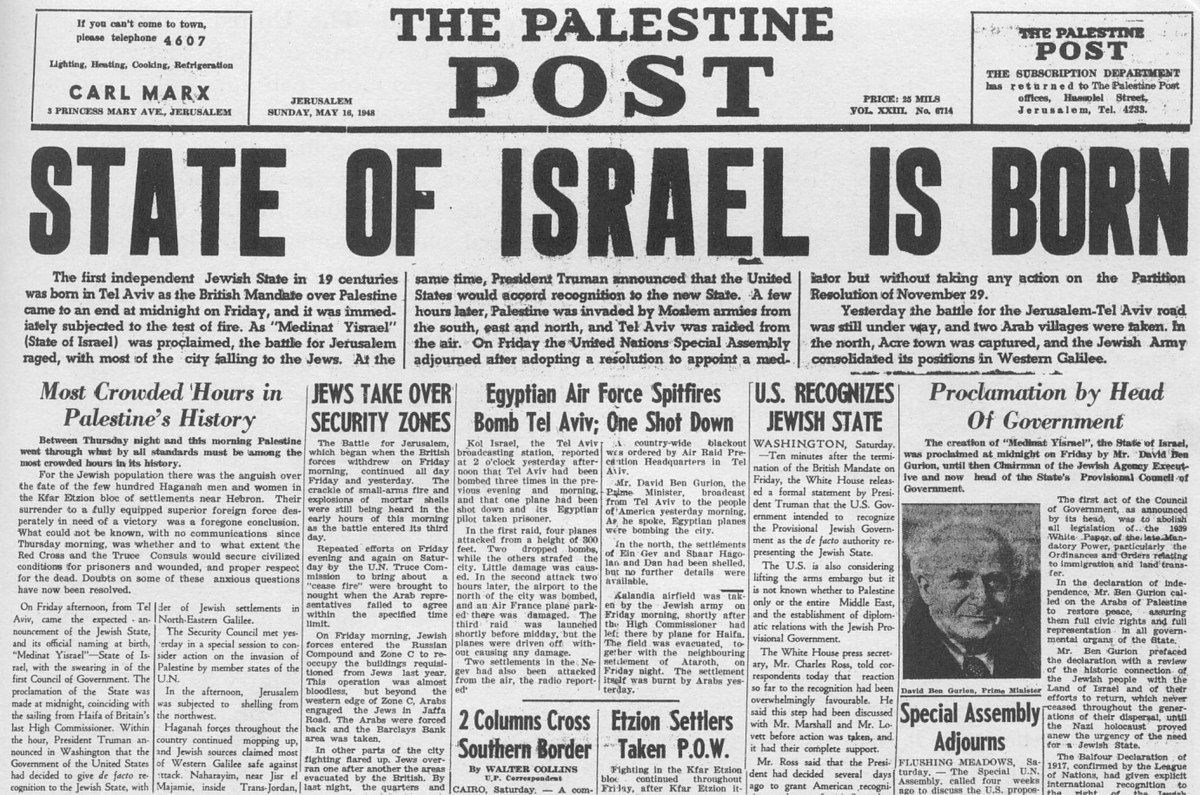 Both of these sites are geared toward and read by the world’s Jewish population of some 14 to 17 million, and most of their writers, editors and executives are Jewish. That being said, many Christians also read them because they love Israel and are interested in news from the region.

My colleagues and I launched ALL ISRAEL NEWS and ALL ARAB NEWS in 2020 not to compete with these outlets, but to provide news coverage from the region with an Evangelical perspective. We also cover some stories and topics they do not, provide a Christian viewpoint on others and educate our readers about the issues they need to know in order to pray effectively for the region.

But our relationship is symbiotic. We link to many of the Post's stories so our readers don’t miss them and I have written many columns for the Post over the years.

The Post has also re-published dozens of stories that we’ve written, to help its readers see how Evangelicals view Israel and the issues in the Epicenter.

And they have covered several of my delegations of Evangelical leaders into the region, including our historic trips to Egypt to meet President Abdel Fattah el-Sisi and to Saudi Arabia – twice – to meet with Crown Prince Mohammed bin Salman.

Yaakov Katz, the Post’s editor-in-chief, is a fantastic journalist and a savvy editor. I love reading his work, and have enjoyed getting to know him over the years, especially since moving to Israel.

That’s why I was deeply honored to be invited to speak at the Post’s 90th anniversary conference next week. 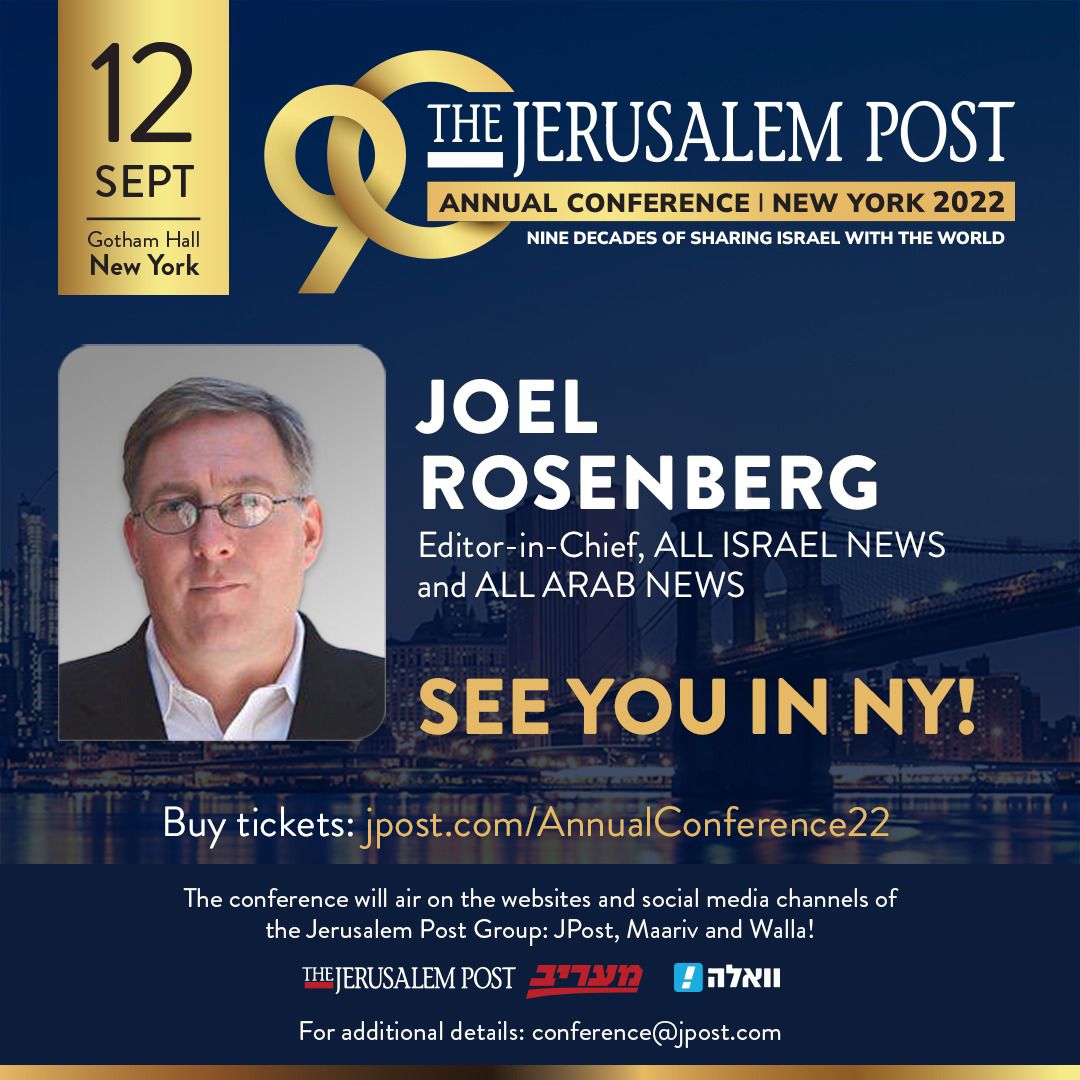 Katz and I will co-moderate the first panel of its kind in the history of their conference, one that involves both Israeli and Arab diplomats.

Together, we will discuss what the future holds for the region over the next 10 years as Arab countries make peace with Israel, and Iran prepares for war.

The conference will be held Monday, Sept. 12, in Manhattan.

Tickets to attend in-person are sold out, but you can watch the entire conference online by clicking here.

I highly encourage you to tune in as the conference features an all-star line-up including:

My colleague, Tal Heinrich, and I will be reporting on the conference for ALL ISRAEL NEWS, so check back here for news on this important event. 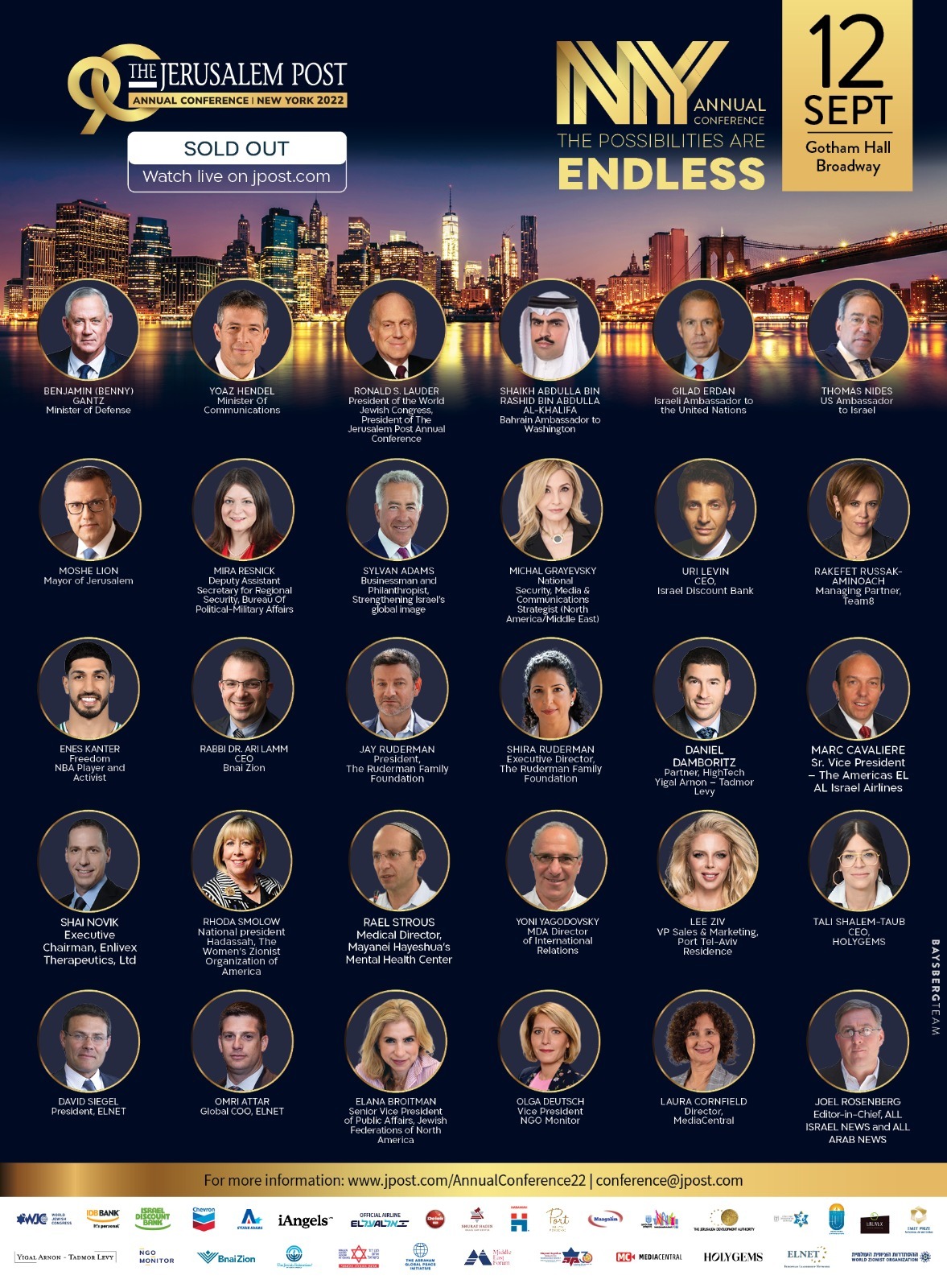