A year into the Abraham Accords, fascinating details of what went into these historic alliances are still emerging.

In his first column for The Times of Israel, Joel C. Rosenberg gives readers some insights into how the agreements were crafted as he was privy to a number of telling conversations years prior to the actual signing of the agreements, initially with the United Arab Emirates and Bahrain, then later with Sudan and Morocco.

“UAE Crown Prince Mohammed bin Zayed confided in me his plan to set the ambitious agreement in motion – he ensured its success by making Israel an offer it couldn’t refuse,” Rosenberg writes in the column adapted from one of the chapters in "Enemies and Allies: An Unforgettable Journey inside the Fast-Moving & Immensely Turbulent Modern Middle East." 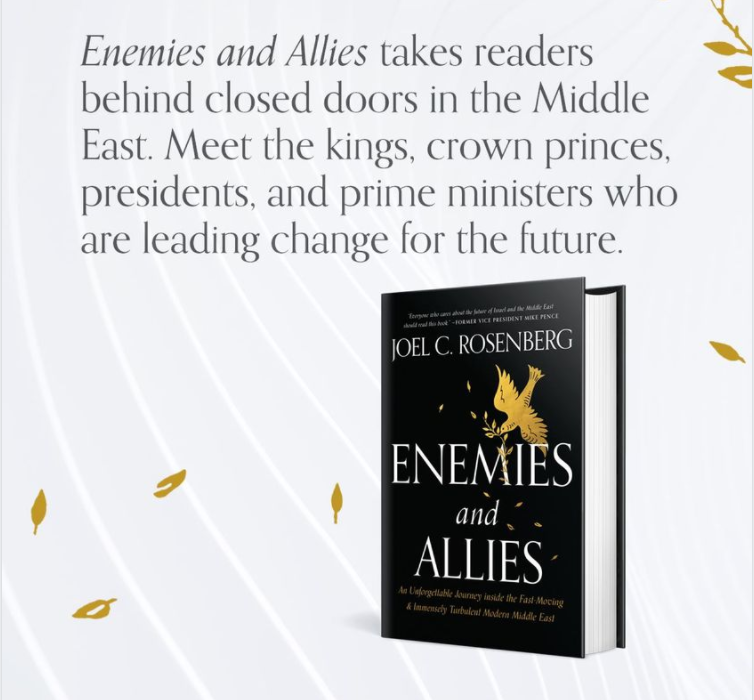 Rosenberg, who is a dual U.S.-Israeli citizen and an Evangelical, had a front-row seat in the palaces of the leaders of the UAE, Bahrain and even Saudi Arabia who all expressed interest in making peace with Israel.

Former U.S. President Donald Trump and his administration brokered the deals which were signed one year ago at the White House and took the world by storm.

“To his credit, [former Israeli Prime Minister Benjamin Netanyahu] Bibi had the courage to say yes. The world did not see it coming. Indeed, it almost did not happen. But by the grace of God, the prayers of millions, and the leadership of three men and their closest advisors, it came to pass,” Rosenberg said.

Rosenberg believes that each of these men involved – MBZ, Trump and Netanyahu – deserve a Nobel Peace Prize.

“They made historic decisions that will be remembered and cherished forever, and they opened extraordinary new opportunities for real peace and immense prosperity,” Rosenberg said.