Israelis are fighting back in defiance of what they see as government-sponsored discrimination against people who have not received the COVID-19 shot.

In a soft rebellion against new government requirements to show a "green passport" – proof of vaccination or COVID-19 recovery for entry to certain venues, hundreds of businesses across the Jewish state have posted a different sign on their doors: The Human Passport.

The idea was the brainchild of two Israelis – Adi Treves and Dean Braun – who started this initiative just two weeks ago with a simple tagline: “The Human Passport – businesses that don’t discriminate.”

The name is a play on the Israeli Health Ministry’s labeling system under which businesses have been required to operate during the COVID-19 pandemic: the green label or the purple label.

The “green label” is relatively new and requires a “green passport” for entry at indoor restaurants, houses of worship, gyms and hotels, to name a few, and these establishments are subject to fines of more than $1,000 for violating these restrictions. Children, for example, cannot enter these places since the vaccine has not yet been administered to those under 16.

The “purple label” is a more lax entry system which may require a temperature check at the door or a signed health declaration before entering, such as for schools, malls and supermarkets.

Thus, the “humanity label” (Human Passport) got its name and is now going viral – pardon the pun – at Israeli shops, cafes, offices and other businesses around the country. 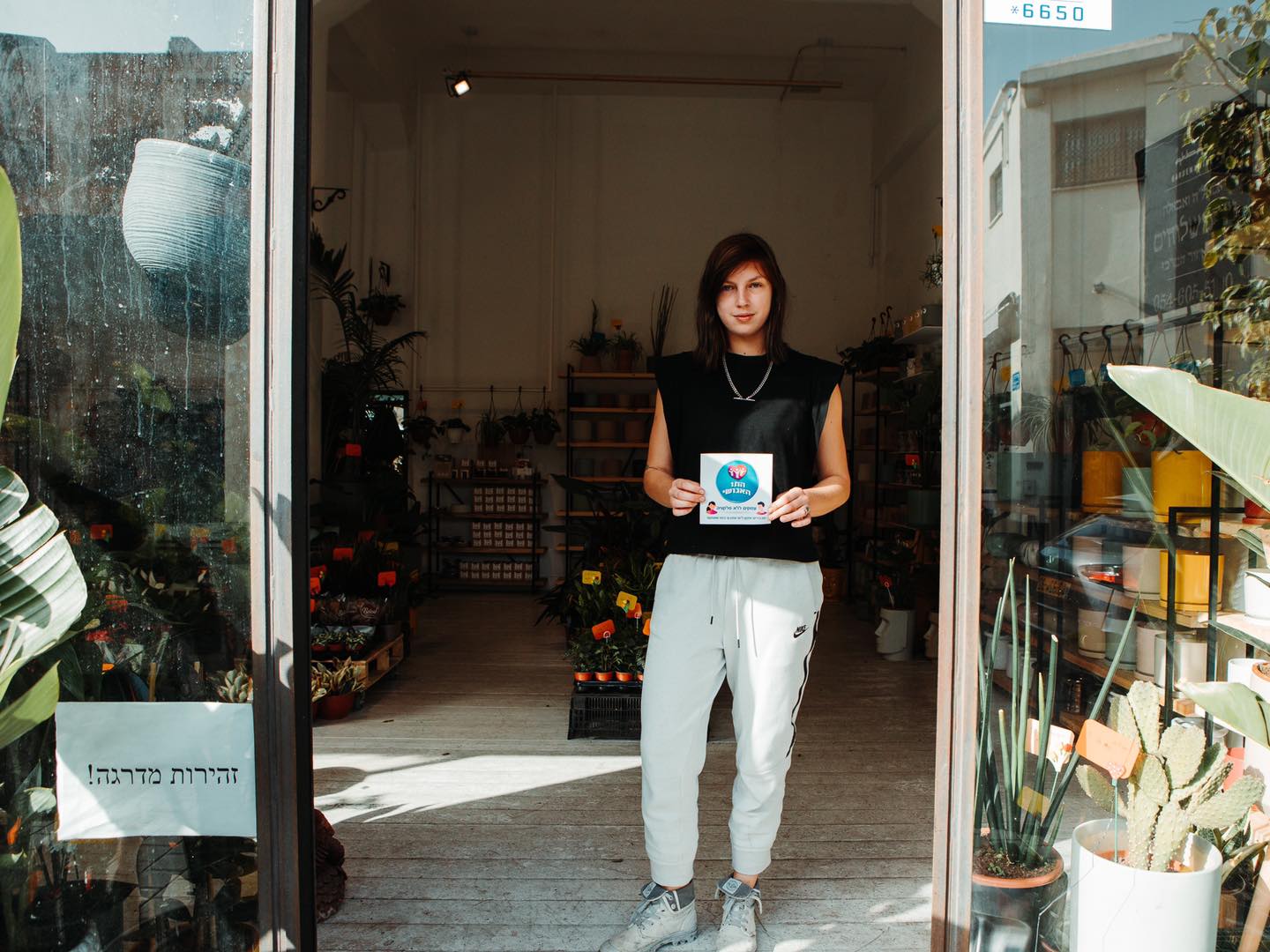 In just two weeks, more than 400 businesses have officially signed on while others have simply printed the label and posted it themselves. Braun said it’s been going so fast it is hard to keep track.

Their website maintains a growing list of businesses so that people can know where to go in advance. Their Facebook page had 6,460 followers as of Wednesday.

Treves and Braun spoke with ALL ISRAEL NEWS this week and told us more about their mission – to keep the values and human dignity alive by stopping all forms of discrimination, the latest of which is based on the anti-coronavirus injection.

“It is really painful what has happened here in the past year,” Treves said, noting an increasingly fearful and divided Israeli society. People, such as herself, have been turned away from places based on their vaccination status.

“We wanted to create a better reality, a more free reality,” she said. “What you choose to do with your body should not determine whether you get into a restaurant or keep your job.”

“It has now become the norm to ask about your personal medical procedures and they are obligating you to answer these questions,” she continued. “It reminds me of darker times.”

At the same time, Braun explains, their cause is not pro- or anti-vaccination.

“This is not the target. We are dealing with humanity, being humane,” he said.

Another important point – they are not calling on businesses to break the law, Braun stressed.

“We are smart people, we can find a solution,” he told us. “As a business owner, by putting up the Human Passport, you are simply declaring that, ‘In this business, there will be no discrimination.’”

For example, one bar in Haifa announced it will open only outdoor seating, which is not limited based upon vaccination status, according to government restrictions.

But Treves put it more bluntly: “If there is a business that deems you unworthy of entering, then that business is unworthy of your business.”

Called “Operation Coloring the Country with Humanity,” the grassroots movement is gaining traction. In a video posted on the movement’s Facebook page, one restaurant owner at Jerusalem’s Mahane Yehuda market, as he adheres the Human Passport to the glass at his storefront, says, “I don’t care if you’ve been vaccinated or not, it’s none of my business,” and invites all people to come visit.

The movement’s Facebook page says, “We are business owners, older and young brothers and sisters representing all colors of the political rainbow. We say ‘yes’ to tolerance and ‘no’ to discrimination. Just as it is illegal and unacceptable that in 2021 a person is judged by his gender, religion, origin, sexual preference or skin color, we declare … we will not withhold service according to a person’s private choices about his health. We refuse to make a selection at the entrance of our business!”

They further state, “It is not legal, ethical or sane to remove a person from public space due to his medical choices.”

Treves and Braun are working also with another partner, Elizabeth Pierson, and are volunteering their time to promote the Human Passport.