The recent Pew survey on American attitudes toward the Israeli-Palestinian conflict confirmed some ongoing trends but also showed surprising results.

The report opened with the following statement: “In recent years, U.S. public opinion has become modestly more positive toward both sides in the Israel-Palestinian conflict.”

Some might be puzzled by this statement: How can Americans be more supportive of both sides of the conflict?

There are two schools of thought among pollsters when it comes to asking questions on Israel-Palestine. The most common question pollsters ask – and have been asking since the 1950s – is to pick a side between the two parties. They structure the question as a zero-sum game, where the respondent needs to make a decision regarding their opinion.

A minority voice among pollsters argues that confronting one with the other is not fair, and instead, pollsters need to examine the favorability of the two parties independently. Pew chose the second option, and this is why both sides came on top.

I will explain: When Joe started shopping for a car, he narrowed down his selection between a Ford and a Honda. Eventually, Joe purchased only one car, he had to make a choice. The majority of pollsters argue that “supporting both” is useless data, because, with the example above, Joe bought only one car. If we want to understand where the American people stand on Israel-Palestine, the argument goes, we must ask the respondents to pick sides. I must emphasize that in all polls, as in my own research, there is always a way out with options to “support neither” and “I don’t know.” Typically, about one-third of the sample chooses not to pick sides.

The minority school, like the latest Pew research, argues that asking regular Americans about complex foreign policy issues, which they might not be so informed or familiar with, is unfair and one cannot expect them to pick sides on something they do not know much or even care about.

For example, although I live in North Carolina, I don’t care much for basketball, so I enjoyed watching the UNC-Duke game without having any clear favorites. If something is not close to my heart, I can choose to like both.

In my own research on young Evangelicals’ opinions on Israel, which will be published next year as a book, my colleague Kirill Bumin and I saw support for the two schools. We discovered that those young Evangelicals who expressed support for a sovereign Palestinian state were mostly consistent in their choices and showed low levels of support for Israel on most of the other questions.

Similarly, our data shows that a positive opinion of Muslims substantially reduces support for Israel among both younger and older Evangelicals. These discoveries confirm the zero-sum theory. However, the survey also showed that an overwhelming majority of participants exhibit firm support for the idea that Jerusalem should be the undivided capital of Israel. Thus, pro-Palestinian and pro-Israeli sentiments can co-exist in the mind of the respondents at the same time.

I conclude that people are complex and can hold conflicting opinions on issues, but a growing number of those who say they “support both” points to a trend of detachment and ambivalence from the respondents.

The second significant finding of Pew’s research is the growing divide between young and older Americans about questions regarding Israel-Palestine. While older generations tend to be more supportive of Israel, the younger generation is more open to showing sympathy for the Palestinians. This divide is also taking place among Evangelicals and Jews, arguably the strongest supporters of Israel.

There can be many explanations for why this divide is taking place. The question is how this young generation will behave as they will mature and grow. Are we expecting to see our young adults changing American foreign policy in the Middle East? Or as they grow up will they develop a more conservative worldview, as most people do? It is hard to predict the future, but from the research on young Evangelicals, we can learn that those who are more committed to a Christian lifestyle (going to church regularly, reading the Bible often) tend also to be more committed to the conservative worldview which includes supporting Israel over the Palestinians. However, those who are less engaged, seldom or never go to church, would tend to support neither and be more critical toward Israel.

Nowadays, there is a war of narratives between the generations when it comes to Israel-Palestine, but unlike before, there is much more access to information, including fake news and “alternative facts.”

There are also unknown events, like major wars or other disasters, that might shape public opinion. Those who care need to be engaged and proactive in shaping the future. 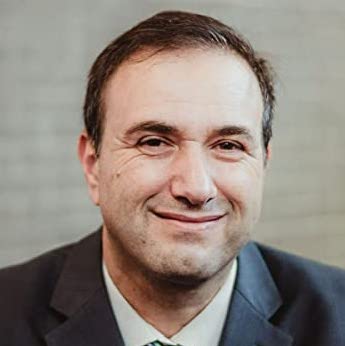 Dr. Motti Inbari is a Professor of Jewish Studies at the University of North Carolina at Pembroke, and the author or editor of eight books. Motti was born and raised in Israel, and his PhD was from the Hebrew University of Jerusalem. For the last 15 years, he has been living with his family in the United States, currently in Raleigh NC. His Forthcoming book with Kirill Bumin is Christian Zionism of the Twenty-First Century: Evangelical Public Opinion on Israel, expected in 2023 with Oxford University Press.