Israel’s Missile Defense Organization recently inked an agreement with its U.S. counterpart, the Missile Defense Agency, to develop the next generation of interceptor missiles in the form of the Arrow 4.

Tellingly, the announcement of the agreement comes in the run-up to the 30-year anniversary of Operation Desert Storm, a military campaign which saw Israel had to absorb 39 SCUD missile strikes from Saddam Hussein’s Iraq.

Even more interestingly, this anniversary coincides with Purim, the Jewish holiday commemorating of the faith and courage of Queen Esther and her wise cousin Mordechai whom God used to thwart the genocidal scheme hatched by Haman to annihilate the Jewish people.

In light of this convergence of events, it’s worth taking a look at just how vitally important state-of-the-art missile defenses are for Israel today in protecting themselves from new schemes to annihilate the Jewish people.

LESSONS FROM THE FIRST GULF WAR

Let’s begin by looking back at the First Gulf War.

Combat operations in Operation Desert Storm came to a successful, although ultimately inconclusive, halt on February 28, 1991.

The U.S.-led military effort against Iraq set the stage for the Middle East’s geostrategic and military technological developments for decades to come.

U.S. military technology, operational concepts and expeditionary logistics in the First Gulf War came to define a new standard for the post-Cold War military space. The utterly one-sided turkey shoot of Saddam’s Soviet-equipped army and air force was the embodiment of a revolution in military affairs.

Yet for Israel, the war was a mixed experience.

While the augmentation of U.S. influence and military might in the Middle East was a net strategic benefit, the limitations on Israeli freedom of action, and thereby its deterrent power, represented a significant price tag.

President George H.W. Bush and his team insisted at the time that Israel not participate in the broad international coalition that they had marshalled, arguing that any Israeli involvement, including acts of obvious self-defense, would have been anathema to the Arab states in the coalition and could have unraveled the coalition.

This was a difficult situation for a nation used to fighting its own battles, and which only a decade prior, decisively and successfully had carried out a preemptive air strike against Iraq’s fledgling nuclear installations at Osirak.

However, this was also the time that saw the establishment of the critically-important Israeli Missile Defense Organization.

Founded in 1992, this organization emerged out of an earlier MOU (Memorandum of Understanding) with the United States to develop intercept systems against long-range missile threats. Now, however, Israeli officials were determined to make protection from missile attacks one of their highest strategic priorities.

Today, both Israel and the U.S. are reaping the long-term benefits of this strategic cooperation.

The newly announced development agreement for the Arrow 4 interceptor is the first step in taking Israel’s multi-layered missile defense array – currently consisting of the Iron Dome, David’s Sling and Arrow 2 and 3 interceptors – to the next level.

Furthermore, the regional strategic contrast today compared to thirty years ago is noteworthy.

U.S. military engagement in the Middle East is arguably on the wane, but Israel’s political status has changed dramatically. The nation is no longer a pariah among Arab states. In large part, this is due to its continued insistence on developing active defensive measures and military capabilities against unacceptable threats.

Israel’s technological and military prowess are valuable assets in the regional coalition seeking to counter the emergence of a Middle East dominated by the Islamic Republic of Iran.

The coinciding of the announcement of the Arrow 4, Iran’s active pursuit of a break-out nuclear capability, and the anniversary of Operation Desert Storm with the historical anniversary Purim is remarkable.

Israel is facing off with the present-day heir to the Persian Empire, which harbors a parallel desire to destroy the Jewish people by wiping the State of Israel off the map.

The God of Israel was and is the main pillar of Israel’s defense.

Despite His discrete role in the Book of Esther, there is no doubt that He was the enabler and defender of the Jewish people.

Still, the way the Jewish people were allowed to organize their self-defense, as described in the Biblical account, goes to show that God’s strategic designs for His people includes elements of a multi-tiered defense, of which we, His people, make up an active component.

God was ultimately the one who sovereignly prevailed against the enemy’s plotting. But God chose to use Esther, Mordechai and the Jewish people in the defense and ultimate victory against the threat, and each player had to do his or her part.

In the face of present and future evolving threats, it is worthwhile to celebrate the advances that Israel has achieved in missile defense since the inception of its missile defense program three decades ago, even as we ask keep our eyes on the Lord and ask Him to remain the ultimate defender and protector of the Jewish people 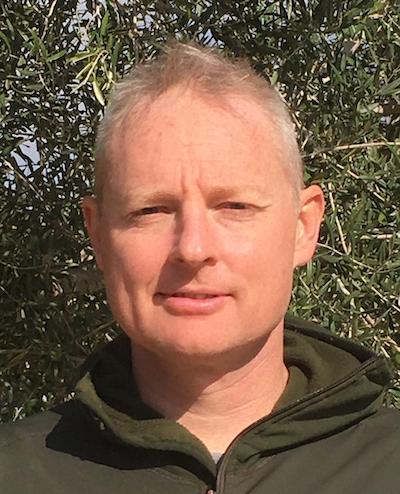 Dan Herron has lived in Jerusalem since 2014. He holds a MA in Political Science from Copenhagen University as well as an MA in Islamic and Middle Eastern Studies from the Rothberg International School at Hebrew University. Before moving to Israel, Dan taught English and international relations at the Royal Danish Air Force and Naval academies in Denmark.