EDITOR’S NOTE: Feb. 17 will mark one year since Rush Limbaugh – the most famous, most listened to, and most influential radio broadcaster in American history – passed away.

Rush was a strong supporter of Israel, a passionate defender of Judeo-Christian values, and a man, who after a long and winding spiritual journey, became a devout follower of Jesus Christ.

As the anniversary of Rush’s passing approaches, ALL ISRAEL NEWS asked James Golden, his dear friend and long-time producer, to share some of the lessons he learned after more than 30 years working with the broadcasting legend. This guest column is adapted from his recent book, Rush On The Radio.

For more than three decades, that’s how I greeted callers to the program. Hundreds of thousands of them. I didn’t want to know their name, where they were calling from, or why. I had to find out what someone wanted to say, and fast, because each caller was one of about ninety people I’d talk to within the three hour span of each Rush Limbaugh radio show.

If you couldn’t immediately tell me what you wanted to talk about, and make it interesting, it would be a short call.

If you got past my first question, I’d ask a top-secret series of questions, because I wanted to know what led you to this call.

What’s behind the first answer you gave me?

Because if Rush drilled down into your comment, he would locate your true agenda—with half his brain tied behind his back, just to make it fair.

My reputation was on the line for any bad calls as call screener and “official program observer.”

Here is some of what I learned from Rush for anyone who wants to use their voice in a positive way.

Before you speak up, you’ve got to know what you want to say—and why—then frame your words clearly.

Rush always knew what he wanted to say and why.

But not every caller did. 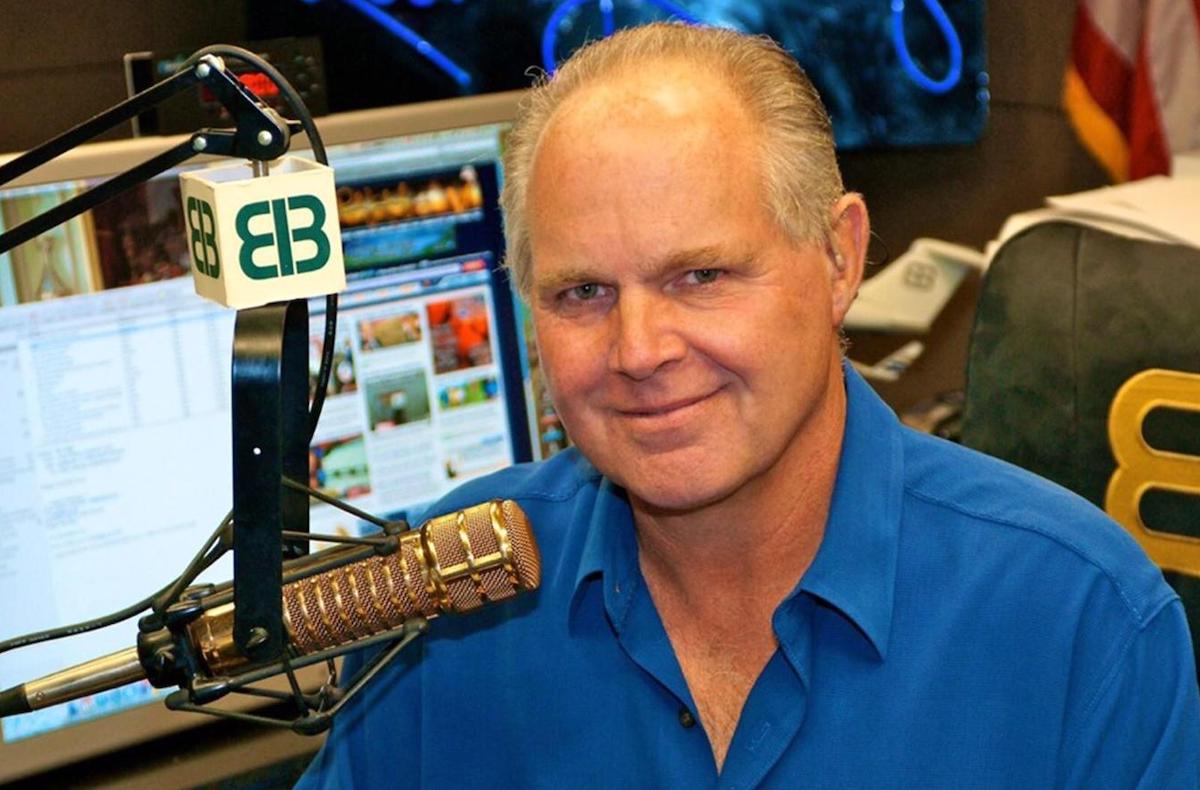 Over the years, I developed the ability to screen callers and listen to Rush at the same time. I somehow remembered things he said years earlier and occasionally offered opinions, questions, and ideas for the show.

You may remember the occasional "Mr. Snerdley just reminded me . . .” segue. I sure do, and I miss those moments dearly.

During a short hiatus from working at the EIB studio in 2001, while I was away working on other projects, I kept listening to the show as often as I could. And I began to notice that something was off with Rush’s voice.

The timing, the pauses, the pitch, and tone of his voice was, well, off. At times, he seemed to slur some of his words.

Concerned, I called him one morning. “What’s going on, Rush? Something sounds different.”

“Look, James. I’m sorry, but if I told you what was going on, you wouldn’t believe it.”

I called the president of the company, and I asked him what was going on. John didn’t go into detail, but he told me Rush’s hearing was compromised.

“I need to be there with him,” I said. “Please get me on the first plane tomorrow.”

The next afternoon, I drove my rental car to the new EIB [Excellence In Broadcasting] headquarters (which Rush dubbed his “Southern Command”) in Palm Beach, Florida. As I pulled up, Rush was in the parking lot walking to his car. Without either of us saying a word, I gave him a big hug. He knew why I was there. You’re not going to go through this by yourself, my friend. I’m here.

My own media consultancy was gaining clients, and I knew my experience with interactive communications could make my company a leader in the industry. But my career has never been about money.

The moment I heard Rush was having challenges, I knew what I had to do. I have never doubted my decision and I’ve never regretted it. This is where I need to be.

There was never a formal discussion with anyone at EIB about whether I should come back or not. It was simply understood and celebrated.

Rush’s progressive hearing loss was rapid, and he was expected to become completely deaf, so the team and I brainstormed ideas that would enable him to stay on the air.

During this time, the Democrats continually ramped up their attacks on Rush and other conservative voices.

But even deafness couldn’t silence Rush. 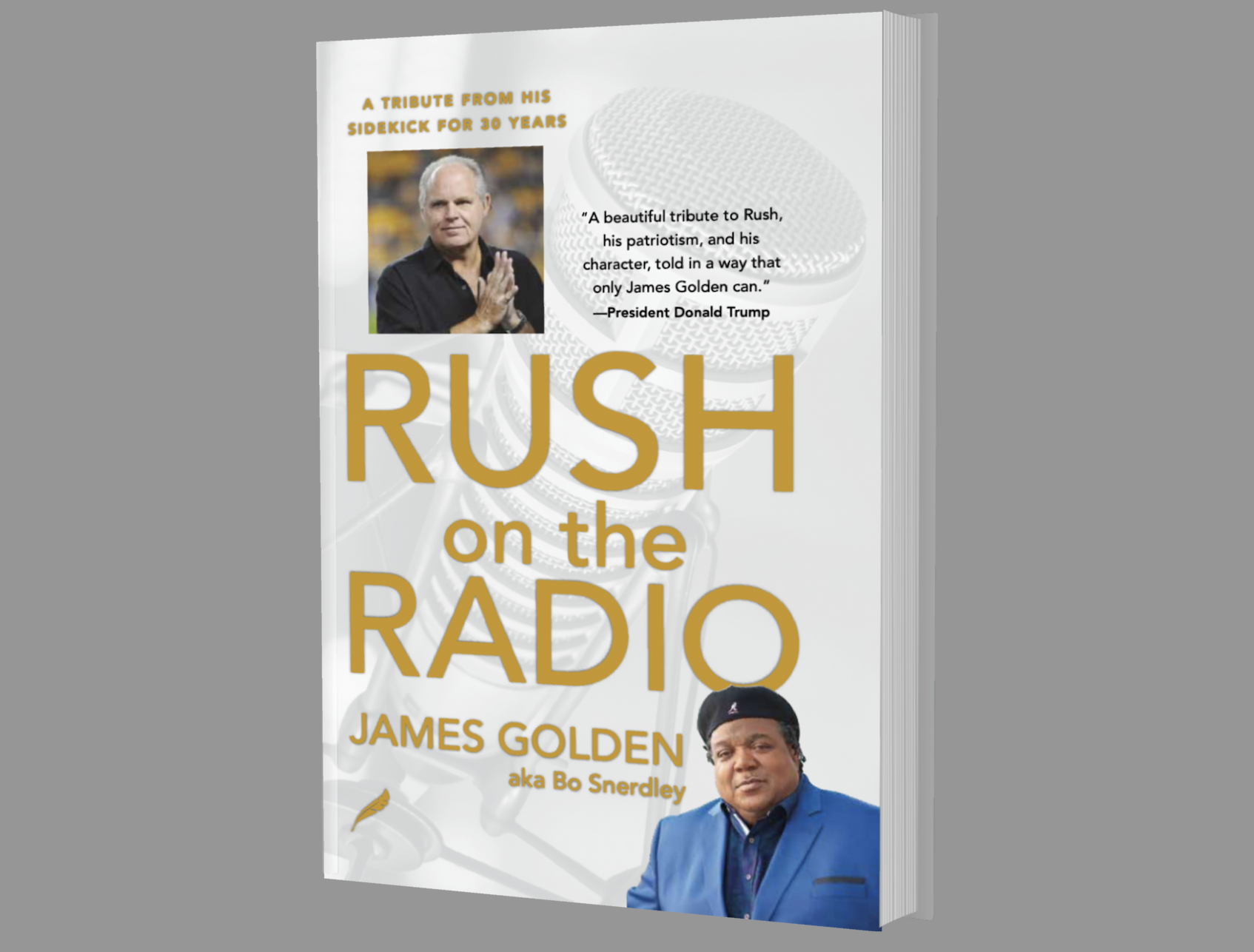 RUSH DEFENDED THE VALUES THAT MADE AMERICA & ISRAEL GREAT

Through the years, he’d faced every kind of attack, bent on silencing him.

The Left always got its way . . . until Rush Limbaugh.

Rush consistently stood up for the principles and values that made America not only the greatest country in the world, but the greatest force for freedom and opportunity that the world has ever seen.

He defended the beliefs of hard-working, freedom-loving, faith-loving Americans here at home. But that wasn’t all.

Rush also defended from the onslaught of the Left and the extreme bias of the “mainstream media” our most vital and faithful American allies, countries and leaders who shared America’s commitment to faith and freedom.

One of his favorite allies: Israel.

Rush saw Israel as America’s most important ally in the Middle East, and one of our most important in the world. He could see that Israelis were under constant attack at home and abroad by radical Islamists and anti-Semites.

That’s why he consistently defended Israel on the air, and patiently yet passionately explained the importance of the Jewish state – along with the threat of radical Islam – to his 20 million listeners.

In addition to speaking up for Israel, exposing the divide between the relatively few elites in the U.S. and the vast majority of Americans is one of the greatest elements of his legacy.

Cancel culture—threats to boycott companies (and countries like Israel) and destroy careers—has become so extreme that more and more conservatives are afraid to speak up. We are losing a high percentage of millennial votes because they fall prey to this mindset, instead of standing up to it.

Canceling opposing views is a step toward an authoritarian state, which is exactly what the Left wants.

Try to speak out against such craziness as transgender “women” athletes competing against actual biological women and liberals will say you’re a bigot and try to shut you up.

If you have the nerve to express a different opinion, they will try to cut you off.

Yet Rush Limbaugh never caved to the crazies on the Left. He always spoke his mind and stood his ground even though he knew such courage came at a price.

These were lessons I’ve had to learn, too, over the years. We all do.

REMEMBER: SHUTTING UP IS DANGEROUS

Once when I was at WABC Radio in New York City doing my own weekend show, I spoke out about some of the hateful language coming out of the Nation of Islam. A few days later, I was out in public and confronted by three members of the group. Honestly, I was a bit intimidated and wondered if the situation would end badly for me. Thankfully, it didn’t, but it was yet another reminder that speaking the truth isn’t easy.

Remember: shutting up is also dangerous.

Why? Because people assume that if there’s only one voice talking, that voice must be the consensus—and correct—when there’s no opposition to it.

If a lie is repeated often enough, it’s adopted as the truth, unless it is challenged.

Beethoven was deaf. Yet through the vibrations that he felt – and his memory of what notes sounded like – the composer was able to create some of the greatest music that the human race has ever heard.

Rush, at a crucial point in his career, became totally deaf. Yet through advances in technology like the cochlear implant, his own inner muscle memory of sounds, and his sheer determination, Rush was able to continue a powerful discourse that resonated for decades.

In fact, Rush spent more of his syndicated radio career deaf than he did with the ability to hear.

Despite every reason to quit, he kept speaking.

It is a remarkable achievement for anyone to overcome challenges and persevere because of their love for their vocation. Through sheer willpower—and of course, if you’re a person of faith, with the strength that comes through that belief—you can still achieve astounding things.

TELL THE TRUTH AND NEVER STOP

Whether it’s about Rush’s career, my career, or the challenges you may face, my charge to you remains: Speak the truth, keep speaking the truth, and never stop.

By refusing to be silenced, Rush achieved so much good.

The same holds true for us.

We may ultimately lose the things we want to hold on to but achieving anyway means that we don’t give up. We are can-do people who can persevere. And sometimes, if perseverance is all the legacy we leave, that’s enough.

Before you speak up, you’ve got to know why.

When you know why, then speak clearly.

And don’t be silenced. 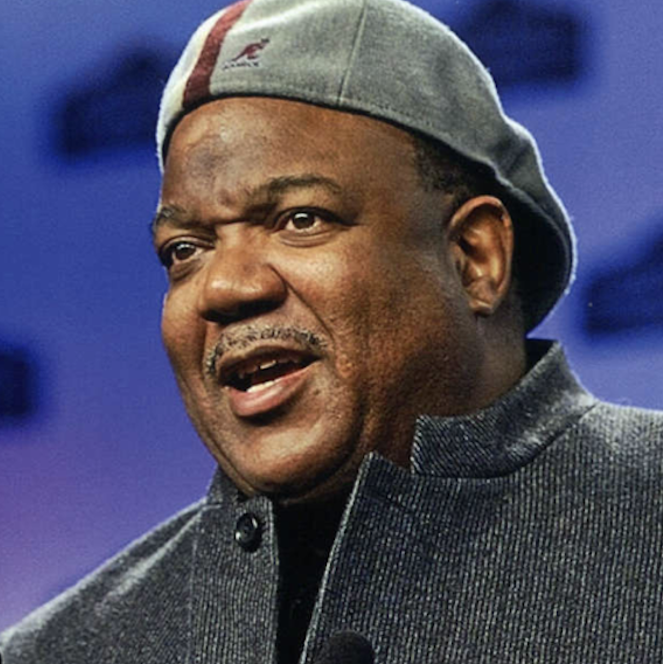 James Golden, under the pseudonym “Bo Snerdley,” was with The Rush Limbaugh Show for almost thirty years, serving as a call screener, “official program observer,” and producer with guest hosts. He speaks and consults on media, broadcasting, and political action. James is the author of Rush On The Radio, and radio host with WABC-AM. You can find more about him at JamesGolden.com