Montana Tucker is a 29-year-old singer, dancer and social media influencer who usually posts videos of herself dancing, but she recently began a serious video series about the Holocaust that she hopes will educate many of her 8.7 million TikTok and 2.8 million Instagram followers.

Tucker, winner of the World Hip Hop Championships at age 11 and a repeat National Anthem performer at professional American football games, has taken her audience on a journey with 10 short videos titled “How To: Never Forget,” which trace her grandparents’ lives through Poland during the Holocaust.

Tucker’s memorial project is a collaboration between the performer, series producers Israel Shachter and Rachel Kastner from SoulShop Studios, Bnai Zion, The Claims Conference and Charitybids.

Viewers who watch the 10-part series, which began airing on Oct. 24, will follow Tucker – whose maternal grandparents are Holocaust survivors – as she travels to Poland to learn about how her family traversed the Holocaust and how she is personally connected to the atrocities that befell the Jews there.

For Tucker, the project aims to teach her Generation Z followers – those now aged 10 through 25 – as many of them frequently know little to nothing about the Holocaust.

“I think the main goal was [to educate] Gen-Z, because that’s the generation that doesn’t know as much about it,” the performer said. “But I think it’s also going to, hopefully, change people’s perspectives, as well.”

Tucker spent a year planning the series and, earlier this year, visited Poland, where she went to locations associated with the Holocaust, including the concentration camps Auschwitz and Bełżec and Oskar Schindler’s Enamel Factory. Schindler is known for having saved the lives of 1,200 Jews while working in the military intelligence service of Nazi Germany.

Tucker said the series is about what happened to Jews during the Holocaust but said she also hopes people “take away that this is going on all over the world.”

She also said she hopes her series will be made into a longer film, noting that “There are a lot of stories and people that I met in Poland that we didn’t put into this, but they were super important and crucial for people to know.” 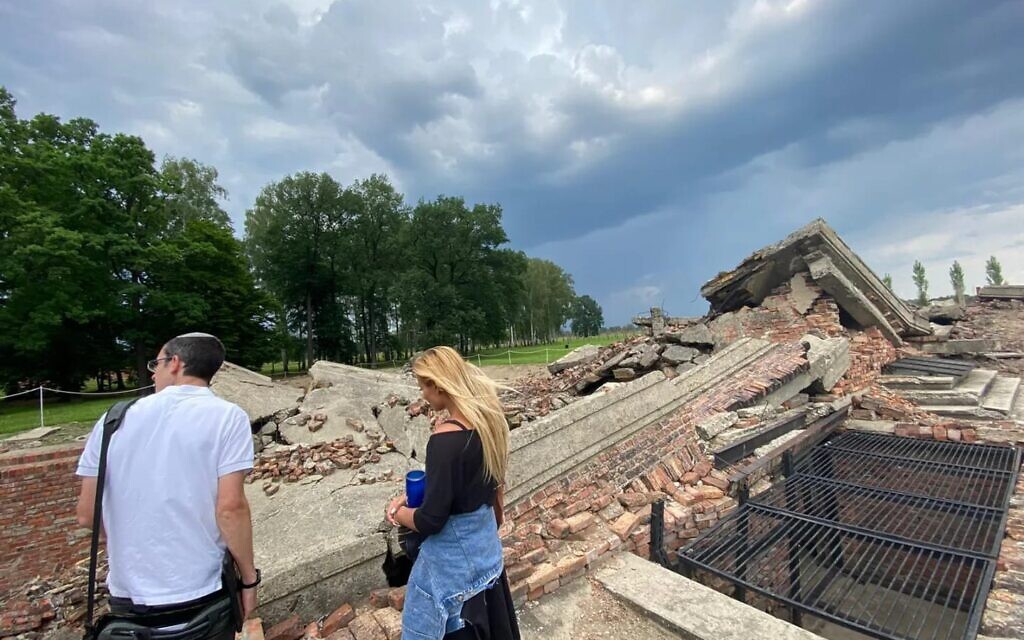 In the United States, series such as Tucker’s “How To: Never Forget” are sorely needed, where just 45% of Americans know that 6 million Jewish people were killed during the Holocaust, according to a 2019 Pew Research poll. The Pew statistics said this number included only about two-thirds of teens aged 13 to 17.

In 2020, a nationwide U.S. survey showed that one in 10 respondents had never heard of the word “Holocaust.” Another 63% of those surveyed did not know that 6 million Jews were murdered in the Holocaust and more than half of those thought that the death toll was less than 2 million people.

Today, only 20 states require that schools make Holocaust education available, and four of those states only passed laws toward this end in 2021. Three other states – Alabama, Pennsylvania and Washington – only “recommend” it.

The lack of Holocaust knowledge in the U.S. coincides with a dramatic rise of anti-Semitism in the country. According to an April report by the Anti-Defamation League, anti-Semitism in 2021 was the highest it has ever been recorded – with 2,717 incidents of related assault, harassment and vandalism reported to the ADL.

“This represents the highest number of incidents on record since ADL began tracking antisemitic incidents in 1979 – an average of more than seven incidents per day and a 34 percent increase year over year,” the ADL wrote.

Tucker said she hopes she can effect a change with her series, although she says its timing is not related to recent anti-Semitism-related events in the news.

“I’m like, ‘Well, if I can somehow be a slight bit of education for them, and they watch my videos already, they might actually listen to me.’ And that’s what’s most powerful,” Tucker said.