The game marks two months since A.S. Roma’s general manager, Tiago Pinto, expressed that “the opportunity to play in Haifa and Israel will be an exciting new occasion for all of us, and we cannot wait to experience it.”

It is common for top soccer teams to travel abroad for pre-season games – an opportunity for press coverage and for interacting with geographically distant fans – yet, it is more rare for those games to take place in Israel.

Tottenham’s manager said he was very satisfied with the welcome the team received from its Israeli fans.

“It was amazing for us to receive such a warm welcome yesterday at the hotel from all of our fans. Also to sing ‘Happy Birthday’ to Harry Kane because yesterday was his birthday,” Tottenham manager Antonio Conte said before the game. “A lot of positive things – and we like to find this enthusiasm.”

Ahead of their game, A.S. Roma took some time out from soccer training to visit the Kotel, the Western Wall, in Jerusalem. Several of their stars took time to pray and place notes in the crevices of the wall. 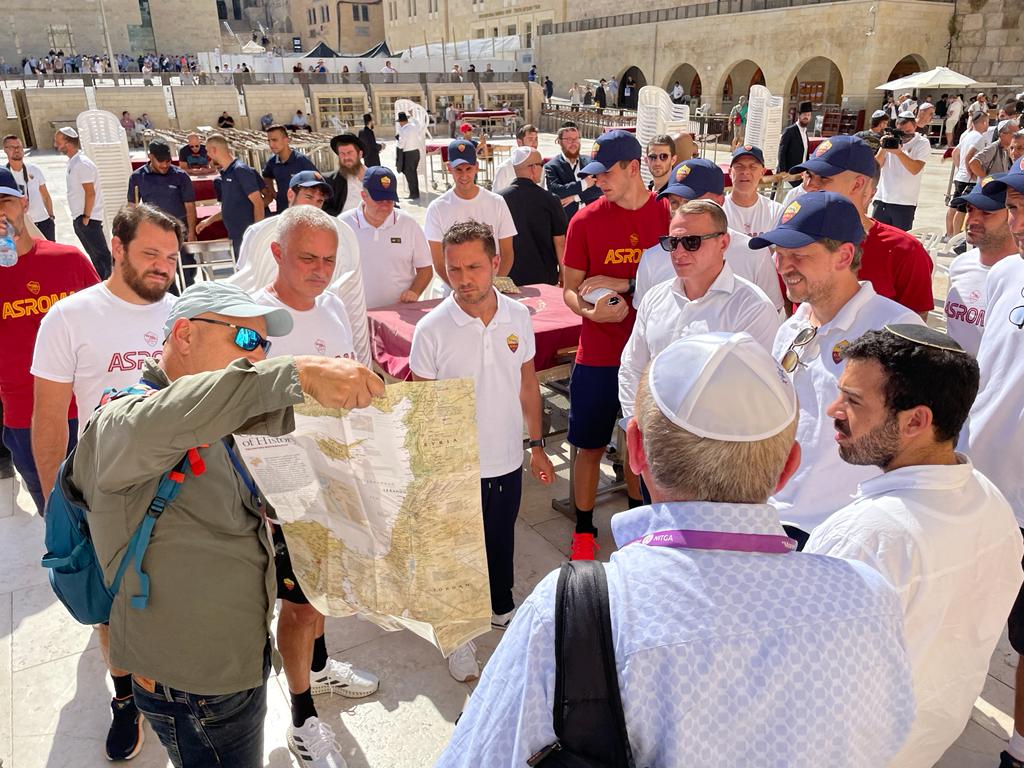 Earlier on Saturday, Paris Saint-Germain met with Save a Child’s Heart, an Israeli non-profit and humanitarian group that performs heart operations on children, not only in Israel but worldwide. Members of the football team met with children, signed autographs and posed for photos.

The Tottenham Hotspur players used their Israel visit to support The Equalizer program, an Israeli charity that combines soccer and study centers for disadvantaged children in the periphery.

The Equalizer program received the 2018 UEFA Foundation for Children award. The program is active in hundreds of schools throughout Israel and mainly serves underprivileged populations. The Israel Football Association has assisted The Equalizer for several years, including bringing Israeli national players to Equalizer events.

Prior to playing against A.S. Roma, the Tottenham Hotspur players attended an Equalizer tournament in Jaffa, for about 45 children from Jerusalem, Rehovot, Petah Tikva and the Arab city of Taibeh. Eric Dier, Matt Doherty, Ryan Sessegnon and club captain Hugo Lloris were among the players who attended.

Lloris said the children in attendance were “incredible.”

“It is clear that the charity does a fantastic job in bringing together children through the power of football,” he said. “Hopefully today we were able to give the children a memorable experience.”

Equalizer founder and CEO Liran Gerassi said the visit of the Premier League players had given the youngsters “a huge boost to their motivation and self-esteem.”

“Previous encounters with Boris Johnson, Gareth Bale and the Welsh national team, and with Prince William, had a significant impact on the participants and on our organization, and we are certain the visit of the Spurs players will do the same,” Gerassi said.