Israel announced the recovery this week of a First Temple-period papyrus document that had been “re-homed” in Montana in 1965; it is one of only three papyri from the First Temple period in the Israel Antiquities Authority’s National Treasures Department.

Israel reclaimed the papyrus following efforts by the IAA’s Antiquities Theft Prevention Unit, the Israel Ministry of Culture and Sports and the Israel Ministry of Jerusalem and Heritage, with the help of professor (emeritus) Shmuel Ahituv of Ben-Gurion University, who won the 2015 Israel Prize for Bible Studies.

The public will have a chance to see the recovered document for the first time on Thursday, when Ahituv presents his findings at the Antiquities Authority’s First Judean Desert Conference, at the Bible Lands Museum in Jerusalem.

The Antiquities Authority’s three papyri, with text written in ancient Hebrew script, were dated from the late seventh to the early sixth century B.C. based on the writing. The papyri were found in the Judean Desert, whose dry climate enabled their preservation, and the IAA keeps all three in its Dead Sea Scrolls collection. 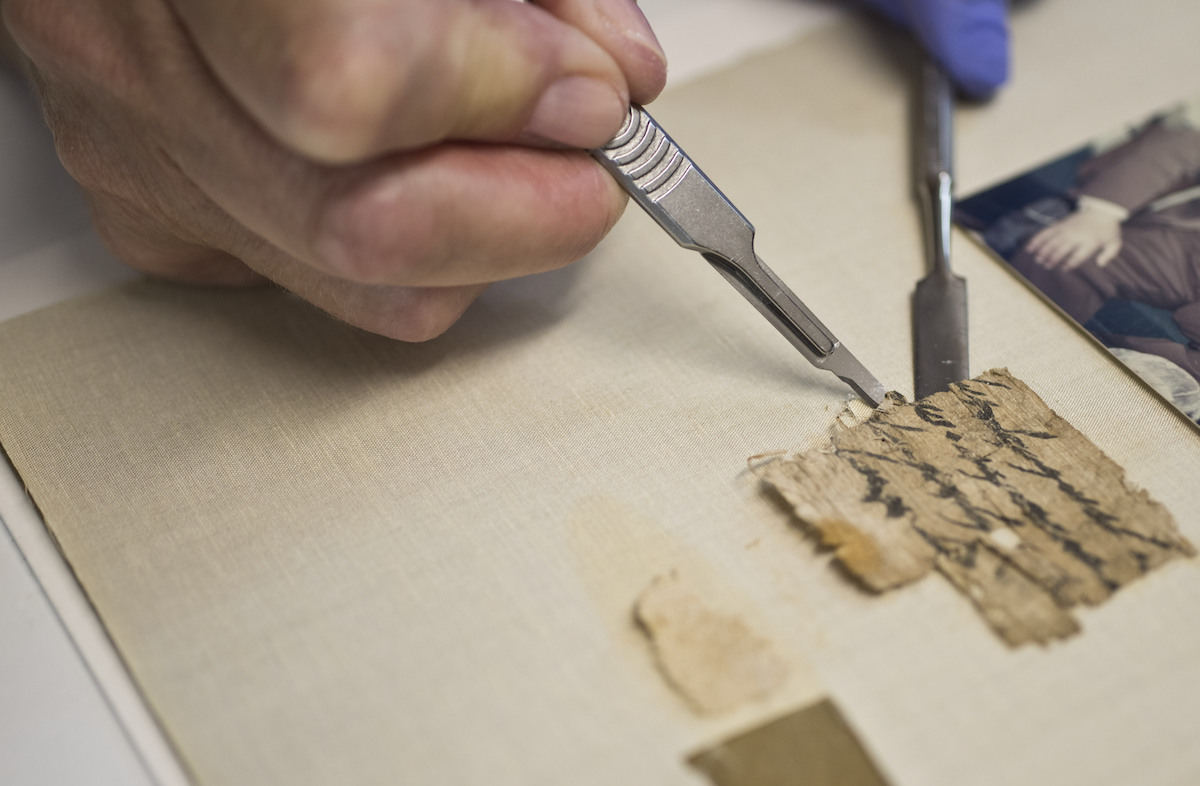 According to IAA officials, the recovered papyrus document was extremely rare. Dr Joe Uziel, head of the IAA’s Dead Sea Scrolls Unit, said that while writing was widespread by the end of the First Temple period, with many examples of stamp seals and ostraca (writing on pottery sherds) being found, similarly dated writings on organic materials such as papyrus are very rare.

Composed of four incomplete lines that begin with the words “To Ishmael send…,” the recovered papyrus hinted at having been part of a letter of instructions.

Ahituv explained that the name “Ishmael,” which means “God will hear,” was a common name during the biblical period. It first appears as the name of the son of Abraham and Sarah’s handmaiden Hagar, and subsequently became a popular name.

After Ancient Hebrew Script scholar Dr. Ada Yardeni died in June 2018, Ahituv was asked to complete her work. In the process, Ahituv came across the photo of a rare and previously unknown First Temple period document that she had been working on, along with Yardeni’s preliminary decipherment. Ahituv then joined forces with the IAA’s Antiquities Theft Prevention Unit in an effort to locate the original document.

The original papyrus was finally located in Montana. The document was in possession of a resident who explained that Rockefeller Museum curator Joseph Sa’ad and well-known, Bethlehem-based antiquities dealer, Halil Iskander Kandu, had given the scroll to his mother when she visited Jerusalem in 1965. She subsequently displaced the framed scroll fragment on a wall in her home. Kandu is known for having sold thousands of Dead Sea Scroll fragments in the past.

The recovery team persuaded the owner to transfer the fragile document to Israel, where it would be conserved in climate-controlled conditions, and then invited him to visit the Dead Sea Scroll Unit’s conservation laboratory in Jerusalem.

“Returning this document to Israel is part of ongoing efforts … to protect and preserve the cultural heritage of the State of Israel,” said Dr. Eitan Klein, deputy director of the Antiquities Theft Prevention Unit, who said there are ongoing efforts to find scroll fragments located abroad and to return them to Israel.