JERUSALEM - The Jan. 6 storming of the United States Capitol Building by activists and rioters is being used as a justification by Big-Tech companies to declare themselves the sole arbiters of truth, to unilaterally decide what news and opinions are worthy of distribution and what are not, and to constrain the ability of other voices - particularly conservative voices - to make their case.

This is wrong and is a dangerous overreach by the leading Big-Tech companies.

Social media platforms like Facebook and Twitter have claimed for years to be neutral and open platforms — not “publishers,” not “editors,” not “arbiters of the truth."

Although President Donald Trump released a video condemning the attack of the halls of Congress, it wasn’t enough for Silicon Valley. The Big-Tech leaders have issued their own overreaching verdict. They banned the president of the United States from publishing his views and statements on Facebook and Twitter.

Mark Zuckerberg, the founder of Facebook, stated on Jan. 7 that Trump was banned indefinitely from Facebook to prevent “the use of our platform to incite violent insurrection against a democratically elected government.” 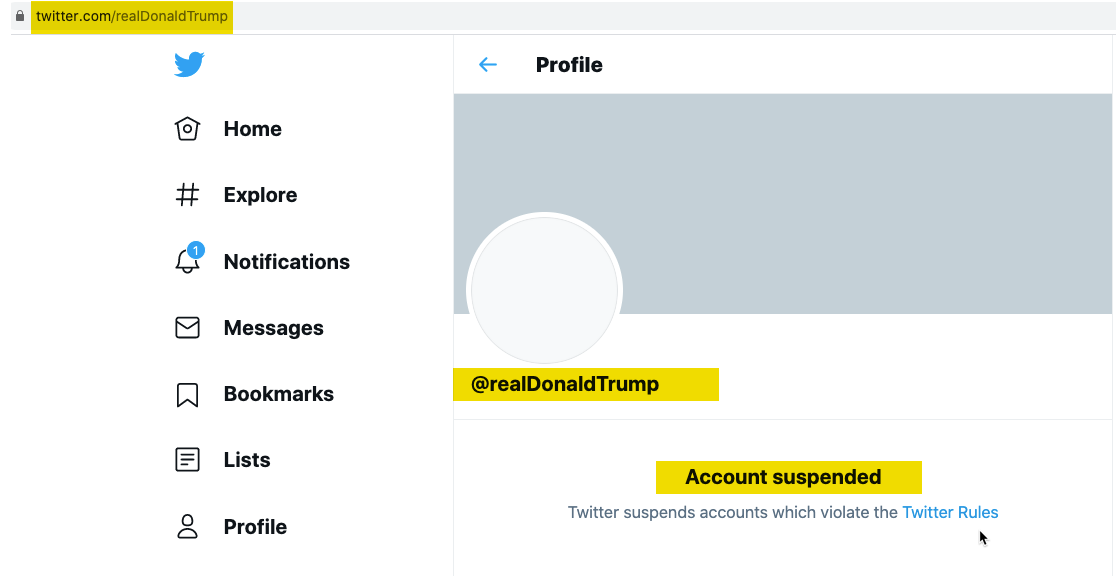 Let’s be clear, the breaking into of the Capitol Building by an angry and violent mob was a very serious crime, and all those who were directly involved in breaching the Capitol should be arrested and prosecuted. But let's also keep in mind that the attack involved a relatively small number of Americans. Thus, the punishment should fit the crime.

This overreach by Big-Tech is a dangerous and hypocritical precedent, not just for the U.S., but for all countries, including Israel.

I’ll get to the hypocrisy in a moment. First, the danger.

Many Israeli politicians including Prime Minister Benjamin Netanyahu and opposition leader Yair Lapid communicate in Hebrew to the Israeli public through Facebook posts. Will Facebook executives suddenly decide one day soon to ban Israeli politicians from speaking to their people on their platform if they don’t like what Israeli leaders have to say?

What if there is an illegal and deadly riot in Israel in response to a speech by an Israeli politician? Will Facebook impose a ban on that leader?

The free speech implications for the U.S. – a nation of 320 million people – are chilling enough. How much more for a small country of less than 10 million? Should faceless executives in Silicon Valley be able to silence the voices of free citizens and democratically-elected leaders around the world?

Neither Facebook nor Twitter have permanently banned Iran’s Supreme Leader Ayatollah Ali Khamenei from their platforms, even though Khamenei actively and repeatedly calls for the destruction of Israel and incites violence against the U.S., Israel and other nations in the Middle East. Why not? Is it not a massive overreach to ban a democratically-elected leader from social media, yet allow the leader of the world’s most dangerous terrorist state to keep voicing his hateful messages on these platforms?

But how do they decide? What moral compass do they use for such determination? In this modern age of diversity and free thinking, do we really believe it is right that the powers-that-be who run Big-Tech, the mainstream media, and all social media platforms to force their worldview on you and me? Are we really comfortable letting Big-Tech silence every “fact” and every “view” they don’t like? 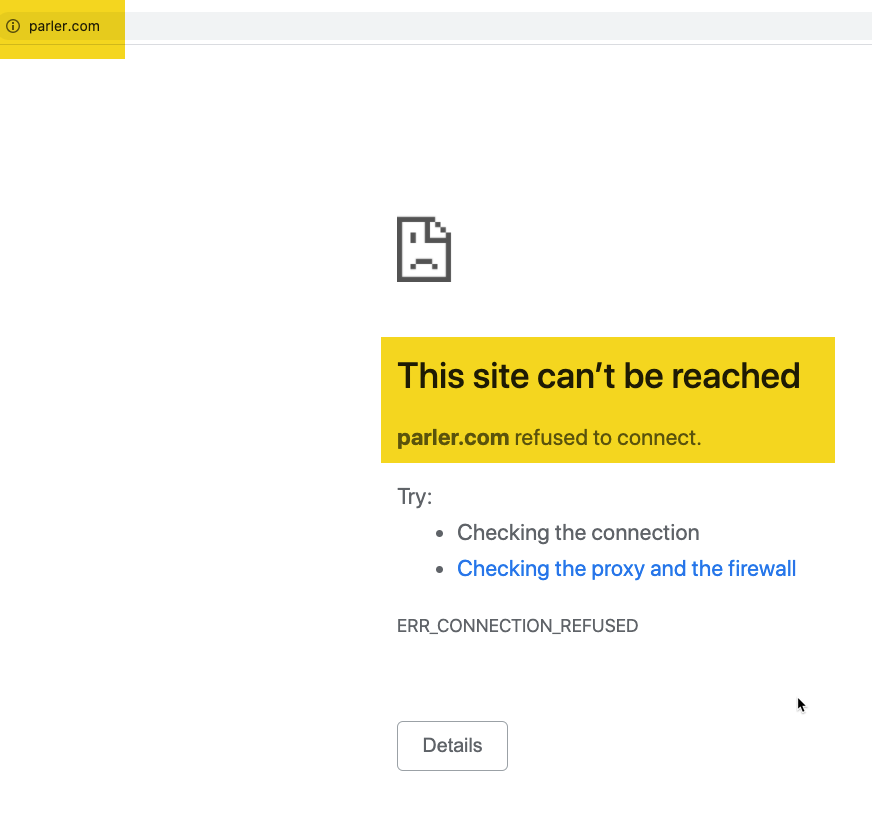 Google, Apple and Amazon have all moved against Parler, a relatively new social media platform that has become increasingly popular with conservatives. Google and Apple banned the Parler mobile app from being downloaded. Amazon Web Services literally shut down their website, parler.com.  None of the millions of Parler users can currently access their own content. Is this overreaching measure fair and justified?

Another example of overreaching is by e-commerce giant, Shopify, which closed Trump’s official store at shop.donaldjtrump.com (as of Jan. 11). Shopify may not like Trump's politics, but he did win 75 million votes. Is a U.S. citizen buying a red MAGA hat really a danger to society? 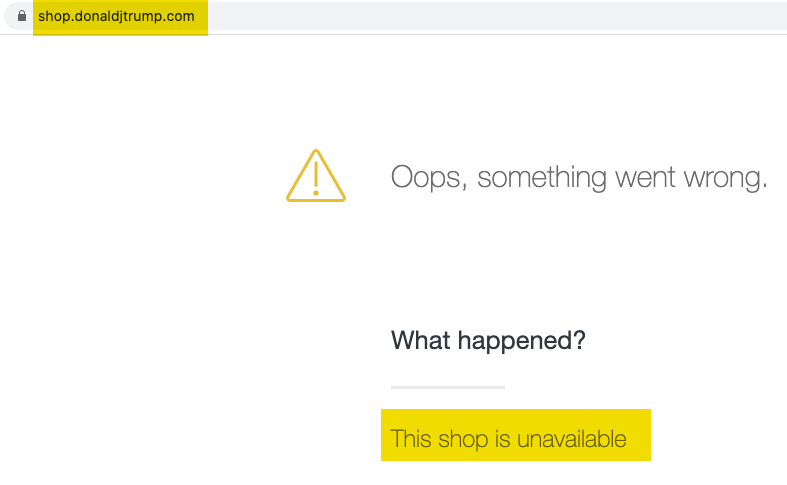 Apparently, messages such as “stop the steal” or “MAGA - Make America Great Again” were deemed by Big-Tech to be too dangerous and the “unforgivable sin.”

I certainly do not condone all the content on Parler’s platform, or any social media platform. But I suggest that Big-Tech leadership heed the words of Jesus, who responded to accusations of the woman caught in adultery in John 8:7: “He who is without sin among you, let him throw a stone at her first.”

Consider, too, the religious freedom implications of what Big-Tech is doing.

What if the leaders in Silicon Valley decide one day that they don’t want to let Evangelical Christians quote the Bible on their platforms, or share the Gospel of Jesus, or encourage prayer, or webcast sermons and church services?

What kind of recourse would we have?

I am a dual U.S.-Israeli citizen, have spent two decades in the high tech industry and have lived in Israel for nearly 20 years. Big-Tech's overreaching response this week reminds me of the Second Intifada that erupted shortly after I immigrated to Israel. The cause of the Second Intifada was not Prime Minister Ariel Sharon’s visit to the Temple Mount on Sept. 28, 2000, as was widely reported by the mainstream media. This event was merely the trigger. The seeds of hate had been sown for many years previously. Sharon’s visit to the Temple Mount was merely the justification trigger for late Palestinian leader Yasser Arafat, Hamas and other Palestinian terror organizations to unleash a wave of suicide bus bombings and other terror attacks.

In a similar way, the hatred and disdain of President Trump by the liberal leaders of mainstream and social media did not begin on Jan. 6. The reprehensible assault on the U.S. Capitol Building is now being used as the justification trigger for Facebook and Twitter and other Big-Tech companies to do what it seems they’ve been wanting to do all along — control the distribution of information, ideas and viewpoints.

My colleagues and I have experienced some of this firsthand.

Our articles covering the Abraham Accords and even our launch video with Joel and Khalil Sayegh, a Palestinian Evangelical journalist, announcing the launch of our two new websites were disapproved. What was the “noble” reason that Facebook used to censor our content from being read by the millions of Evangelical Christians on its social media platform? Facebook claimed that ALL ISRAEL NEWS violated their policy on “political ads.”

In fact, we were not being “political” at all. We were announcing new sites to educate and inform Evangelical Christians about events and trends in the Middle East, including the historic Arab-Israeli peace treaties that were signed during the fall. Yet, apparently, merely mentioning the word “Israel” and “Arabs” was deemed to be “political” to Facebook and therefore censored.

In the age of political correctness, it’s the height of hypocrisy for Facebook and Twitter to censor our promotional ads on the basis of politics, when their own actions this week are nothing but purely politically motivated.

With or without the help of social media, we ask you, our brothers and sisters in faith around the world, to tell your family, friends, co-workers, and church members about ALL ISRAEL NEWS and ALL ARAB NEWS.

Don’t let the social media “Goliaths” in Silicon Valley determine what information, ideas and viewpoints that Evangelical Christians around the world can and cannot see.