Israeli President Isaac Herzog told world leaders at the United Nations’ 27th Conference of the Parties on Monday that the Middle East is on the brink of a climate-change catastrophe.

“With studies forecasting imminent, severe consequences for our region, the Middle East is on the brink of catastrophe,” Herzog said at the conference, hosted by Egypt in Sharm el-Sheikh. The president referenced studies that show that the Middle East and North Africa are experiencing global warming at twice the rate of the global average.

“Israel is prepared to lead the effort toward regional climate resilience,” Herzog said. While the Israeli president reiterated “the State of Israel’s solid commitments to achieving net-zero carbon emissions and to transitioning from fossil fuels to renewable energy by 2050,” he said that “Israel is prepared to assume far greater responsibility.”

With this context, Herzog announced his intention to spearhead a “renewable Middle East – a regional ecosystem of sustainable peace.”

“This state of emergency demands we work together. Not tomorrow – today,” he said, saying the climate emergency could cause the nations “to address 20th Century conflicts, thereby advancing desperately needed 21st Century collaborations.”

“Let us leverage vital regional partnerships as a path towards inclusivity, stability and prosperity, to form this shared, Renewable Middle East,” he said.

“I believe that all Middle Eastern nations, abundant with sun and technology, will have the ability to connect the rest of the world to a magnificent source of renewable energy,” Herzog said.

“In a region undergoing accelerated desertification, Israel also has the capability and know-how to deflect severe water shortages and to offer solutions to food insecurity,” he said. “We are eager to share all our expertise and practical tools. That is what a ‘Renewable Middle East’ looks like.”

Herzog appealed to world leaders to seek solutions together in the face of increasing climate-related emergencies. The Israeli president quoted from the Quran, saying in Arabic, be “good to others, as Allah has been good to us,” and to “not seek to corrupt the land.”

He also referred to God’s commandment in the Book of Genesis to “work, toil and protect the land” and encouraged his listeners to “save the world God gave us, because we have all been created in His image.”

During the conference, Herzog met with the leaders of Egypt, Jordan, the United Arab Emirates, Chad, Finland, the Czech Republic, Belgium, the Democratic Republic of Congo and Norway.

He used the occasion to discuss with the UAE’s president and foreign minister a UAE-brokered agreement signed a year ago, in which Jordan supplies Israel with solar energy and Israel provides Jordan with desalinated water. 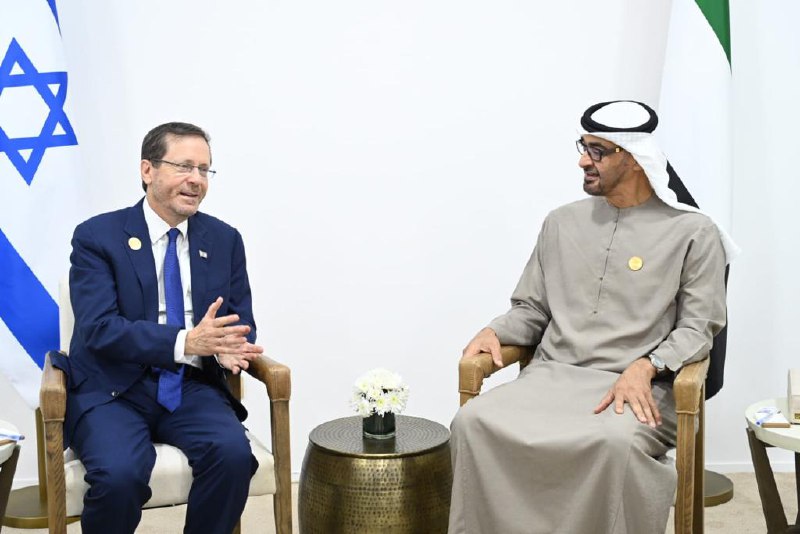 Herzog also sat down with new British Prime Minister Rishi Sunak, whom he congratulated on the appointment. Herzog said that the relationship between Israel and the United Kingdom is “one of the closest” and called Sunak “a great friend of Israel.” 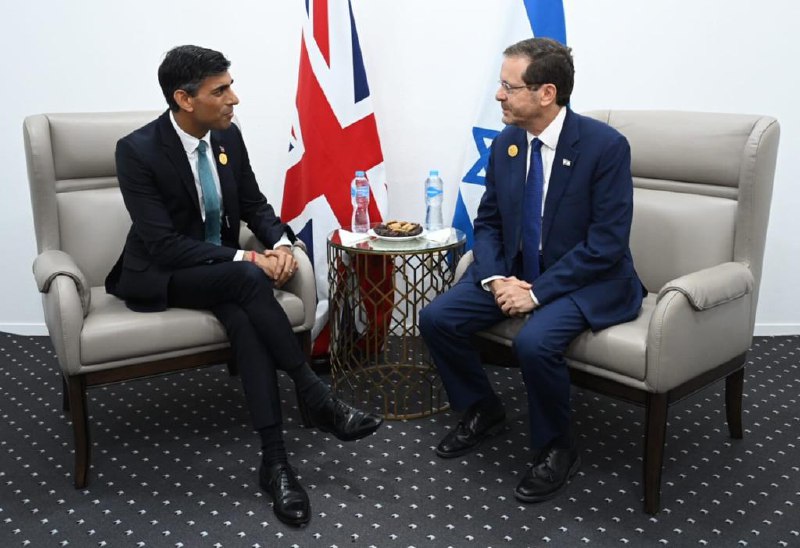 Arabs condemned the interaction, with some describing it as “normalization between Israel and Tunisia” and others asking if Tunisian President Kais Saied “would regard this as treason?” Ynet reported.