JERUSALEM—An assault on two Armenian priests who were making their way to the Holy Sepulchre last week has galvanized the nation and shed light on underlying hostilities that have existed between Orthodox Jews and Christians in the Old City.

Father Arbag Sarukhanyan was hospitalized after the attack and police arrested three suspects.

Attacks such as these are actually quite frequent. Scuffles between Orthodox Jews and clergy in the Old City usually start when Jews passing through the Armenian Quarter on their way to the Western Wall spit at the priests or exchange derogatory words. Many times this leads to a physical altercation and results in arrests on both sides.

What set this particular incident apart was that video of the attack went viral. Footage was caught by the security camera of a local business. The incident even made the evening news.

For many Israelis, it was their first exposure to these kinds of shocking exchanges.

And it motivated some 200 Jewish Israelis to come from around the country in order to apologize to the Armenian community on behalf of the Jewish people.

In a moving display of reconciliation, the supporters set off on a march from Jaffa Gate to the Armenian Quarter on Sunday, bringing with them hope that the nation will overcome the inter-racial, inter-religious violence that has plagued Israel in the past few weeks.

Yisca Harani, an Israeli who is an expert on Christianity and an advocate for inter-religious cooperation, was physically upset when she saw the video.

Harani contacted Tag Meir, an Israeli NGO that counters racism, and they planned a solidarity event – in just one day. Israelis mobilized from as far away as Haifa and Ashkelon to march, meet with the priests and show their love and support to members of the Armenian community.

The daughter of the iconic Jerusalem Mayor Teddy Kollek was in attendance. One man arrived, just two days after emerging from his bomb shelter in Ashkelon where he had spent 11 days while rockets battered his city.

“This is the most important thing we are doing – solidarity visits. To arrange a contact with the victim and arrange a visit and then follow up,” he later told ALL ISRAEL NEWS. 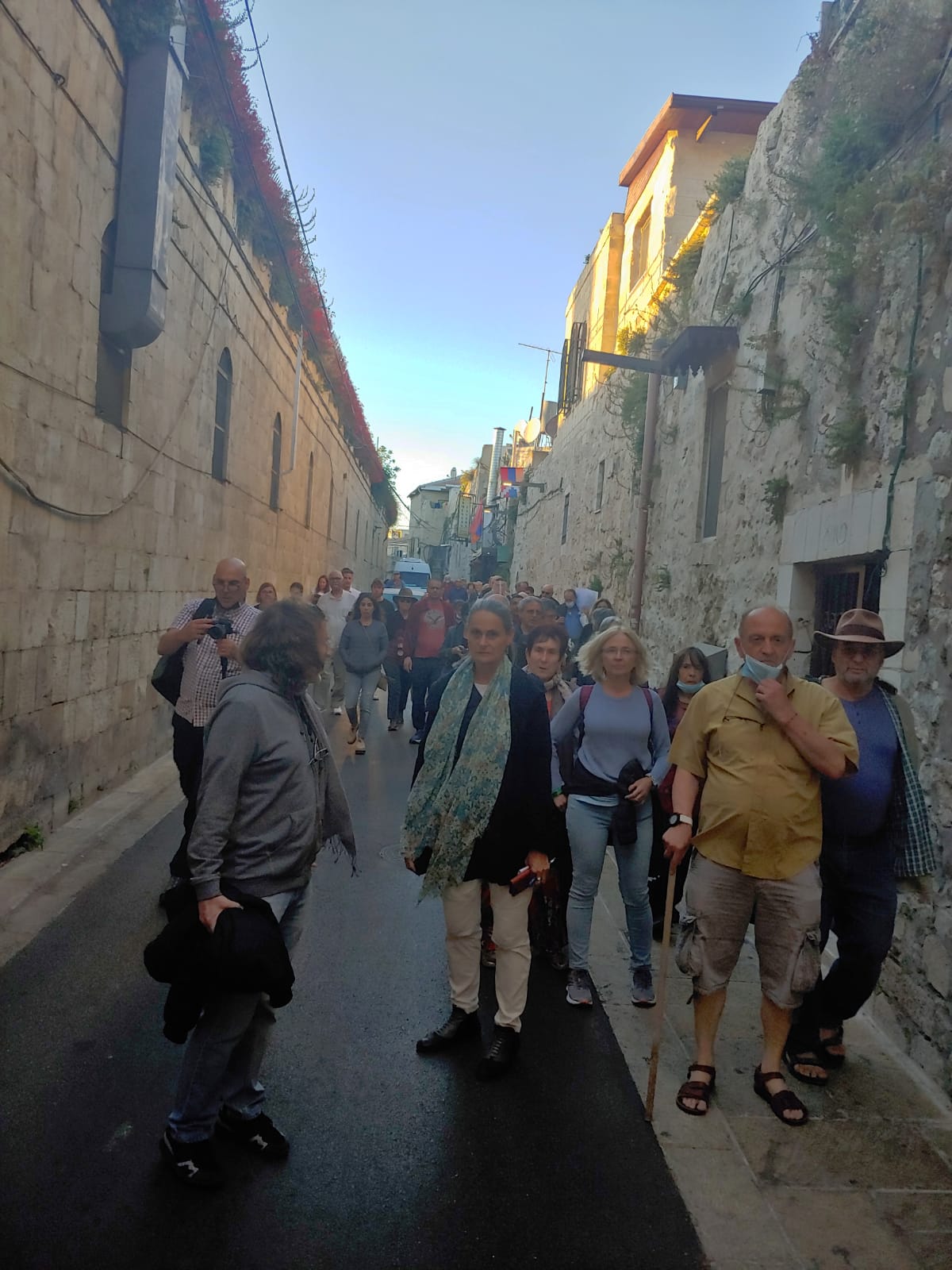 Some 200 Jewish Israelis marched in solidarity to the Armenian Quarter on May 23, 2021. (Photo: courtesy)

Harani and Tag Meir didn’t come just to apologize and move on: They plan to take action. First of all, Harani collected donations to buy body cams for priests to wear so future attackers can be easily identified.

Secondly, they are advocating to pass a law in the Knesset in which any attacks on religious leaders – even spitting on them – will be met with a fine and, possibly, jail time.

“As a Jew, I'm so embarrassed, so I came to do something,” one of the attendees told ALL ISRAEL NEWS. “With everything going on, if something starts happening against priests now in this country, I feel like we just lost it.”

Though attacks on clergy do occur in the Old City, this attack occurred in the backdrop of a war between Israel and Hamas and – equally alarming – civil violence that erupted within the country at the same time.

“We are now in a very dark period,” Harani noted.

As much as the violence is being perpetrated by both sides, Harani said she is worried by the hostility emanating from some Jewish groups.

“If they didn’t put out this video it would’ve been just another incident of Armenians against the police,” Harani said.

Harani explained her concern that Christianity is not presented in a positive light in Israeli public education. Thirty years ago on school field trips, students may have entered the churches on their tours. Now, many skip them, she said.

This has contributed to a deterioration in relations which has emboldened fringe elements in their attacks on clergy, easy to identify as Christian because of their robes.

At the event on Sunday, Father Tiran Hakobyan – who was also attacked – thanked those who came, adding that more than solidarity visits would be needed to change the reality.

“We need a strategy to stop this in order to arrive at a solution,” he said.

Dickran Torossian, a tour guide and Armenian Israeli, said it is important that “there will be coexistence and that extremists will not take the law into their own hands.”

“But this event goes to show you, in every nation there are bad people, but there are also good people,” he said. 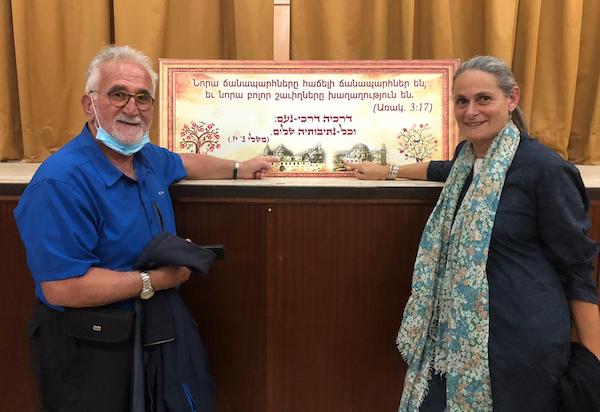 Dickran Torossian and Yisca Harani in front of a painting with a scripture written in both Hebrew and Armenian: "Her ways are pleasant ways, and all her paths are peace." Proverbs 3:17 (Photo: All Israel News)
Share: