To misunderstand the nature and threat of evil is to risk being blindsided by it.

In 1933, the world was blindsided by the rise of Adolf Hitler. In 1939, it was stunned by the German invasion of Poland and the Nazi leader’s bloodthirsty quest for global domination. Perhaps most tragically, most of the world did not understand Hitler’s plan to annihilate the Jews until it was almost too late.

Today, we face dangerous new threats – not from a unified and peaceful Germany, but from rogue regimes in Iran, China, North Korea and a rising czar in Russia.

Of these, the ayatollahs and mullahs in Iran are of the most immediate concern because they are determined to “wipe Israel off the map,” are flagrantly violating the Iran nuclear deal, aggressively developing the capacity to build not just one nuclear weapon but an entire arsenal of them, and do not seem to believe that the world has the intention, much less the courage, to stop them.

Indeed, the Biden administration seems fixated on returning to the disastrously flawed Iran nuclear deal, despite the fact that Tehran shows absolutely no interest in giving up its nuclear ambitions or dismantling its centrifuges and shipping out its highly-enriched uranium to a neutral country.

That’s why, at an event Wednesday evening honoring the 6 million Jews murdered during the Holocaust, Israeli Prime Minister Benjamin Netanyahu warned that Israel will not feel obligated to recognize or respect a new deal with Iran “that threatens us with annihilation.”

“Unlike in the past, today there is no one in the world that will deprive us of the right and the might to defend ourselves from an existential threat,” Netanyahu said. “The nuclear deal with Iran is once again on the table. Such deals with extreme regimes are worthless.”

He argued that we must learn the lessons of history regarding how the world failed to understand the threat posed by Hitler and the Nazis and deal with it decisively, before events spin out of control.

Consider the extraordinary events that occurred in the spring of 1944. Four men pulled off the greatest escapes in all of human history, from a Nazi death camp in southern Poland. They did not simply escape to save their own lives. Nor did they escape merely to tell the world about a terrible crime against humanity that had been – and was being – committed.

What set these true heroes apart is that they planned and executed their escapes in the hope of stopping a horrific crime before it was committed – the extermination of the Jews of Hungary.

Rudolf Vrba and Alfred Wetzler were Slovak Jews. They escaped from Auschwitz on April 7, 1944.

Arnost Rosin was also a Slovak Jew. Czeslaw Mordowicz was a Polish Jew. Together they escaped from Auschwitz on May 27, 1944.

Upon making it safely to Czechoslovakia, Vrba, only 19 years old, and Wetzler, 25, linked up with the Jewish underground. They explained Auschwitz was not simply a labor camp, as most thought, but rather a death camp. The Nazis were systematically murdering prisoners, mostly Jews, using poison gas called Zyklon B, then burning their bodies in enormous ovens.

The men explained the Nazis were dramatically enlarging an expansion camp a few miles from Auschwitz called Birkenau, building new train tracks, enormous new gas chambers and massive new crematoria. They had also completed ramps leading all those arriving in the cattle cars directly into the gas chambers.

Vrba and Wetzler said they had heard SS guards talking about Hungarian “salami” that would soon be arriving. They knew from their jobs as clerks in the camp that none of Hungary’s nearly 450,000 Jews had yet arrived, even though Jews from most of Europe had.

Thus, they urged the Czech Jewish leaders to warn Hungarian Jews immediately so they would revolt and not get on the trains.

They also urged that the Allied leaders be notified so they would mount an operation to liberate Auschwitz.

Both men were asked to separately draft detailed eyewitness reports. Their reports were then cross-checked, compiled into a single report, and then simultaneously translated into multiple languages.

Eventually, Mordowicz, 23, and Rosin, 30, escaped as well. When they got to Czechoslovakia, they wrote up reports of their own, which were added to the existing document. But all this took precious time the Hungarian Jews did not have.

The report, known as “The Auschwitz Protocol,” was sent to Jewish and Allied leaders in early June 1944. Excerpts were leaked to the press, creating an international uproar. But the Germans had begun deporting Hungarian Jews to Auschwitz in massive numbers on May 15. And “The Auschwitz Protocol” landed in the hands of President Franklin Roosevelt and Prime Minister Winston Churchill and their top aides just as the Allies were executing the D-Day invasion of Normandy and trying to liberate France.

On July 2, the U.S. began bombing Budapest. Admiral Miklos Horthy, the Nazi-backed Regent of Hungary, feared the air raid was in reprisal for the Jewish deportations. He ordered the trains halted. Thus, while more than 300,000 Hungarian Jews had already been sent to Auschwitz and gassed, 120,000 more Hungarian Jews were saved from deportation and certain death.

Sir Martin Gilbert, the British historian, would later note, “The Auschwitz Protocol” was responsible for “the largest single greatest rescue of Jews in the Second World War.”

That said, neither the U.S. nor the British military took direct action to liberate Auschwitz during the war.

Nor did they bomb the train lines to the death camps, or bomb the camps themselves, as Jewish leaders had implored.

When the Soviets finally entered Auschwitz on Jan. 27, 1945, only 7,000 prisoners remained alive.

More than 1.1 million had already been exterminated. 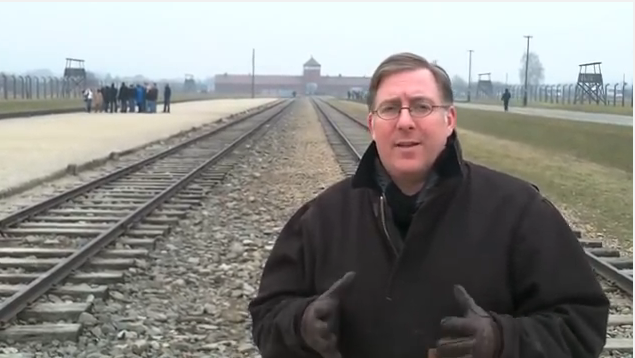 Why didn’t Washington and London take decisive action upon receiving detailed, inside intelligence?

Couldn’t they have tried to stop the Holocaust, or at least disrupt it, knowing the hellish nightmare people in the camps were experiencing?

Historians have been debating this for years. Yet the issues are not academic.

Today, our leaders also face urgent questions. The leaders of Iran have threatened to annihilate Israel, which they call the “Little Satan,” and the United States, the “Great Satan,” as well. The mullahs are actively developing the ability to build nuclear warheads and the missiles to deliver them.

I don’t oppose using diplomacy to resolve the crisis. Negotiating a deal with Iran that would truly, completely and verifiably end and dismantle Tehran’s nuclear weapons program would be worth having and cheering. But another deeply flawed deal that pays the mullahs and allows them to retain their ability to build The Bomb would not just be wrong, but insane.

If diplomacy and sanctions fail, should the U.S. take military action against Iran’s nuclear facilities before the mullahs can set into motion a Second Holocaust?

The moral courage that Rudolf Vrba, Alfred Wetzler, Arnost Rosin and Czeslaw Mordowicz demonstrated seven decades ago was extraordinary. They understood the nature and threat of evil, and they risked their lives to tell the world the truth.

They deserve to be remembered and heralded by Jews and Christians and all who care about freedom and human dignity.

We must never forget what they did, and why they did it.

We must also be ready to act wisely, bravely and decisively if a mortal threat rises again.

For if we learn nothing else from the history of the Holocaust, we had better learn this: Evil unchecked is the prelude to genocide. 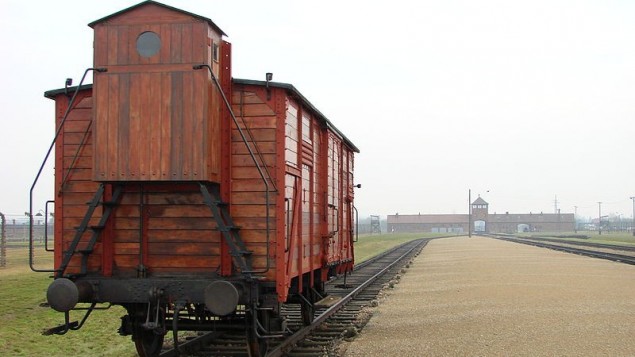