The Israeli Air Force carried out several airstrikes in the Gaza Strip against Hamas targets in response to incendiary devices launched by terrorists that caused dozens of fires in southern Israel.

The strikes on Gaza were the first since Prime Minister Naftali Bennett assumed office on Sunday. Bennett has, in the past, demanded that the IDF respond to arson attacks in the same way that it responds to rocket fire against Israeli cities.

It remains to be seen whether Bennett will continue this policy going forward as he heads a fragile and extremely diverse political coalition consisting of right-wing, centrist and left-wing parties, as well as an Islamist party.

But this was seen by many as the first major test of the new Israeli government – which the outgoing Likud party has panned as left wing – and its willingness to respond with force against attacks.

This also marked the first direct military exchange between the Israeli military and terrorist groups in Gaza since the 11-day conflict in May. According to the Hamas-affiliated Palestine Media Center, no Gazans were injured in the Israeli air strikes.

The incendiary balloons launched from Gaza ignited some 20 fires in southern Israeli border communities on Tuesday, destroying more than 30 acres of land, including wheat fields, tangerine orchards and three acres of lemon tree fields, according to the Israel public broadcaster Kan.

“Unfortunately, we have gotten used to this. Our area remains tense even after [the Gaza] operation ends,” Ofer Lieberman, a farmer from Kibbutz Am Nir told the Israeli media outlet Ynet on Wednesday. 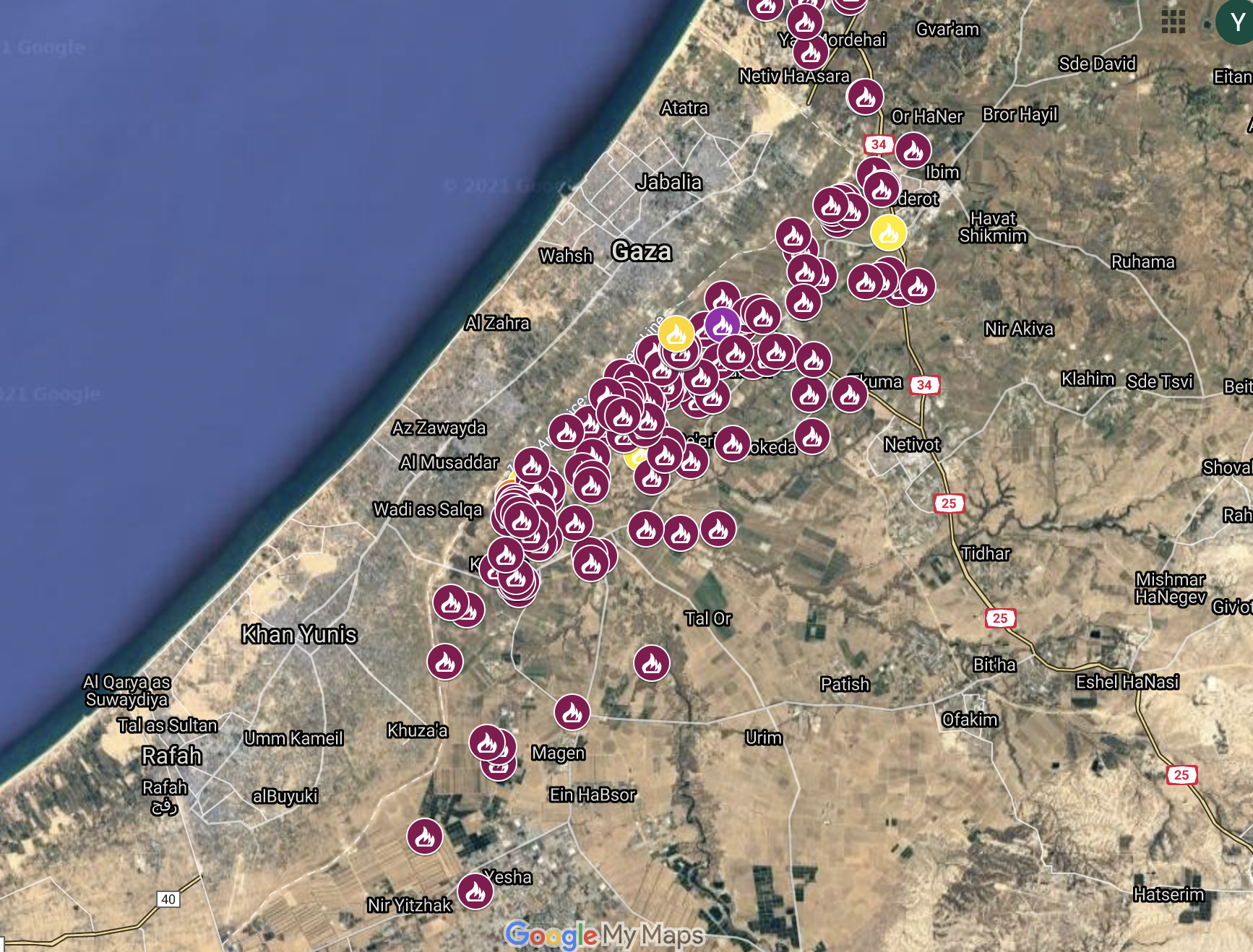 A map of the fires caused by the arson balloons in May and June. (Photo: screenshot of Google maps)

Palestinian media released photos of Gaza terrorists preparing to launch these arson balloons across the border into the Jewish state in anticipation of the highly controversial Flag Parade, which was to take place in Jerusalem on Tuesday afternoon and contributed to the combustible atmosphere.

About 5,000 people participated in the far-right, nationalistic parade on Tuesday, winding through Jerusalem’s Old City from the Muslim Quarter towards the sacred Jewish Western Wall amid threats from Hamas and other radical Islamists. More than 2,000 police officers were deployed across the city for the event, which ended without incident.

Contributing to the tensions, some of the marchers chanted racist slogans, “Death to Arabs,” and “Jerusalem is ours.”

Foreign Minister Yair Lapid, who supported the decision for the parade to go forward, denounced the racial slurs.

“The fact that there are extremist elements for whom the flag of Israel represents hate and racism is revolting and unforgivable,” Lapid tweeted. “It is incomprehensible that people can hold the Israeli flag in one hand and shout ‘Death to Arabs’ at the same time. This isn’t Judaism or Israeliness, and it is definitely not what our flag symbolizes. These people are a disgrace to the nation of Israel.” 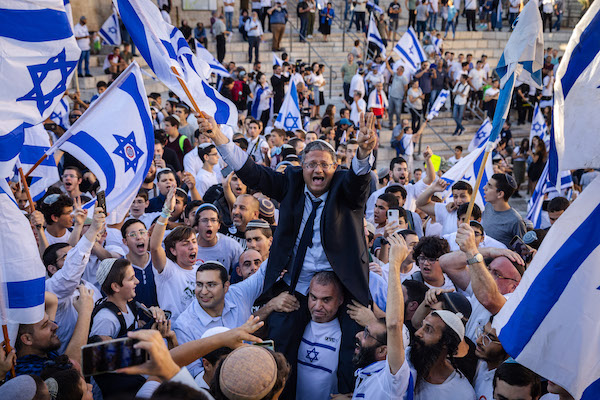 Right-wing politician Itamar Ben Gvir is hoisted into the air during the March of Flags at Damascus Gate in Jerusalem's Old City, June 15, 2021. (Photo: Olivier Fitoussi/Flash90)

On Tuesday, Hamas declared “victory” by claiming it had established a “new formula of deterrence” – even though the parade went ahead with its original route through Damascus Gate.

“The brave positions and decisions of the Palestinian resistance forced the Israeli occupation to change the path of the route away from al-Aqsa Mosque, change the civil air routes and beef up the deployment of the Iron Dome,” the Islamist terrorist group declared in a statement.

In addition to the arson attacks against Israel, some Gazans rioted along the border between Gaza and Israel. The Israeli military arrested three Palestinians after they crossed the border fence separating Gaza from Israel, according to reports. One rioter was reportedly shot and lightly wounded.

While the tension is currently low-key compared to a month ago when Palestinians in Gaza fired 4,300 rockets into Israel, the Israeli military is preparing for a potentially escalating conflict with Hamas and other terrorist organizations in Gaza.

“The IDF is prepared for all scenarios, including the resumption of hostilities, in the face of continued terror acts from the Gaza Strip,” the Israeli military said.

After 12 consecutive years of Israeli governments led by former Prime Minister Benjamin Netanyahu, Hamas and other Gaza-based terrorist groups are expected to test the new Bennett-led government in the coming weeks.

In addition, Iran and its powerful terrorist proxy Hezbollah in Lebanon are almost certainly closely monitoring the situation and evaluating the response and emerging policies of the Bennett administration. 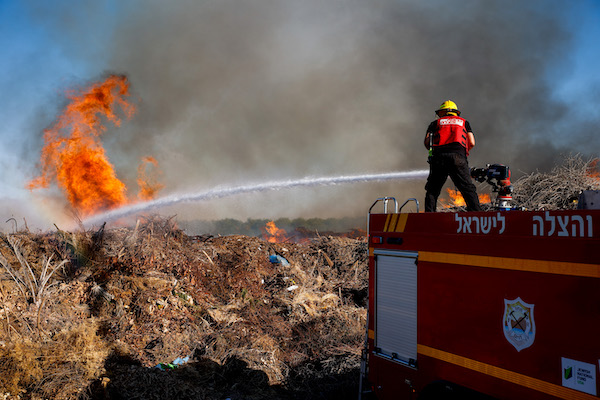