Two major trend lines have been developing in the Middle East – and they represent polar opposites of good and evil.

In an interview on The 700 Club this week, Joel C. Rosenberg described these parallel and equally seismic movements that are unfolding and how he covers these trends in his latest book, “Enemies and Allies: An Unforgettable Journey Inside the Fast-Moving & Immensely Turbulent Modern Middle East.”

In the first book of its kind, Rosenberg documents “the inside story of both of these trends,” he told host Pat Robertson.

“On the one side, you’ve got radical Islamists who feel emboldened,” Rosenberg said.

“And in Iran, they are dangerously close to building nuclear weapons that could lead to a nuclear 9/11 and a second Holocaust of Israel,” Rosenberg continued. “And President Biden's surrender to the Taliban has emboldened the radical Islamists even further.”

Just this week, a UN report warned that Iran has quadrupled its stockpile of 60%-enriched uranium since May in flagrant violation of the 2015 Joint Comprehensive Plan of Action (JCPOA), the official name for the Iranian nuclear deal. The prospect of a nuclear Iran concerns the UN's International Atomic Energy Agency (IAEA) which in a report this week said that Tehran refused to allow its inspectors access to IAEA monitoring equipment and that its monitoring mechanism and activities has been “seriously undermined.” 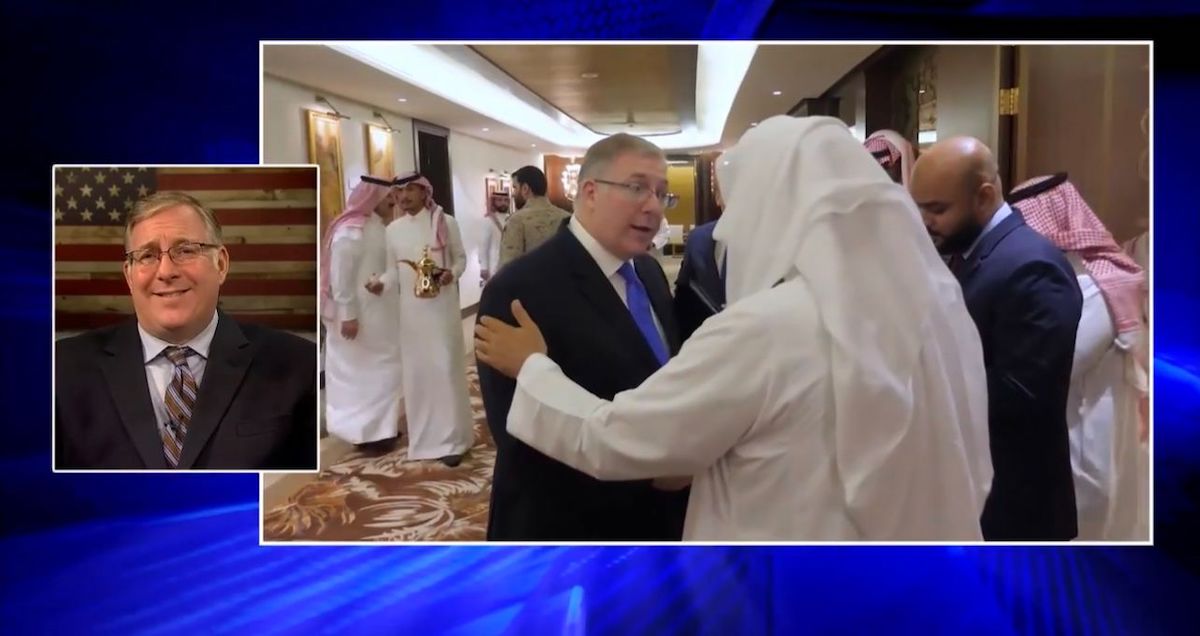 However, there is good news – even historic – emerging from the region.

“Four Arab nations, in the last year, have made peace with Israel, brokered by President [Donald]Trump. And these Abraham Accords are evidence of huge, positive, tectonic change in the region of attitudes towards Jews, towards Israel and towards Christians,” Rosenberg said.

With the one-year anniversary of the signing of the Abraham Accords on Sept. 15, Rosenberg told viewers to keep an eye on Saudi Arabia.

“I believe, Pat, that the next country to watch for is Saudi Arabia,” Rosenberg said. “I do believe that they are actively weighing in Riyadh, is it time for Saudi Arabia to make peace? One [reason would be] for the economic benefits. But even more importantly, to form a Middle East NATO – an Arab-Israeli NATO, as it were – to stand strong as an alliance against the Iranian regime, against the Iranian nuclear threat, especially as Biden appears to be retreating from the Middle East.” 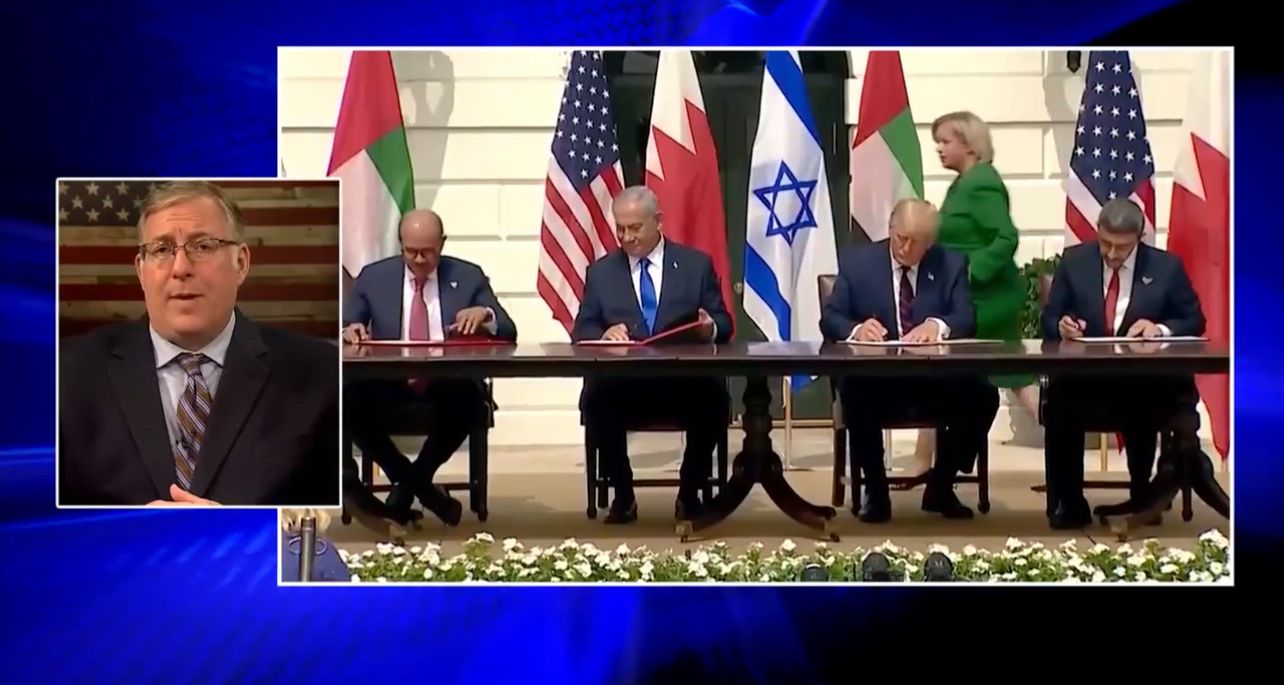 Saudi Arabia remains, perhaps, the most fascinating piece of the puzzle.

“This is the first book ever that takes you inside those palaces and you meet – and you hear, on the record from – the most powerful, consequential and certainly controversial leaders in the Middle East,” Rosenberg said. 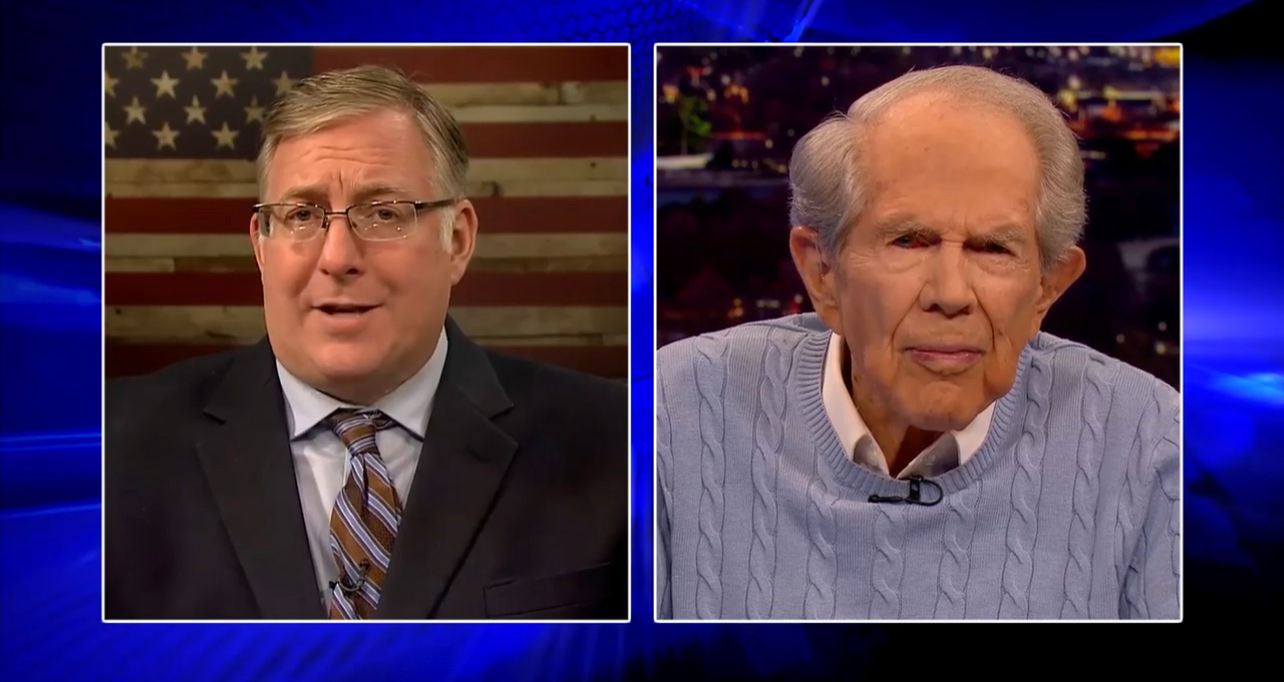