JERUSALEM—The Armenian Quarter of the Old City was bustling this morning as scouts lined up with drums, bagpipes and flags for a march in Bethlehem to celebrate Christmas.

Yes, you read that right.

The Armenian Orthodox Church here keeps to the Julian calendar which has a difference of 12 days.

This makes for a busy winter season in Jerusalem where several Christian denominations worship and all celebrate according to their dates for Christmas: Dec. 25 for the Catholics and Protestants, Jan. 7 for the multiple Orthodox churches and Jan. 19 for the Armenians. 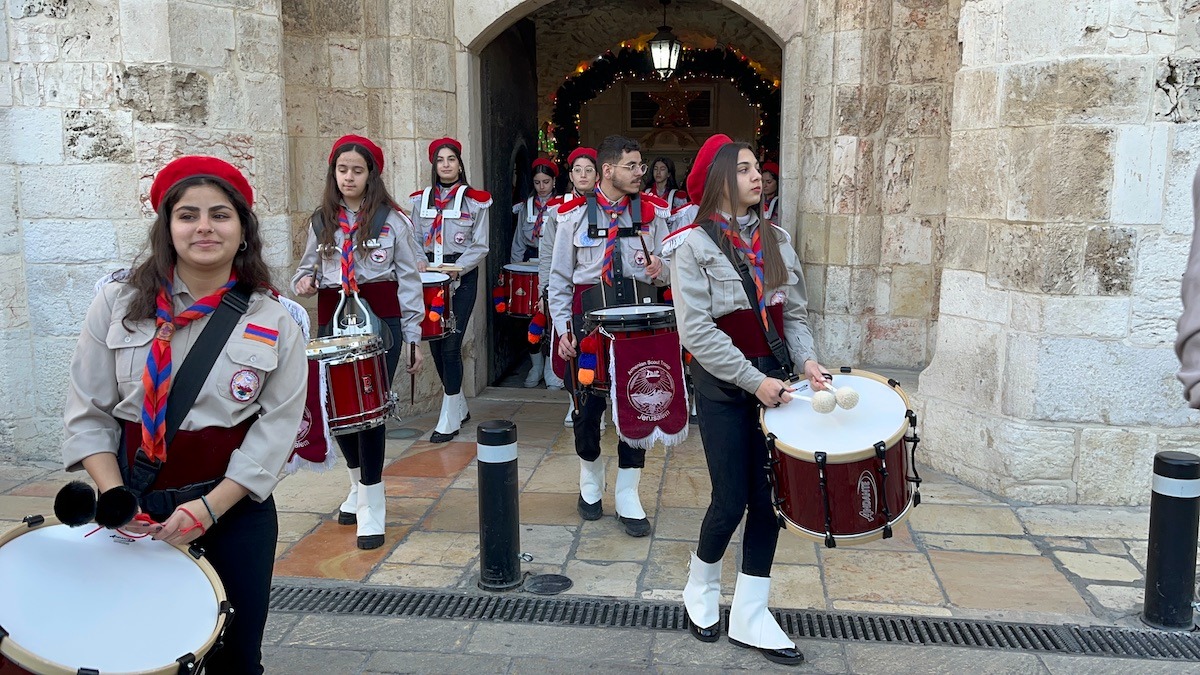 Meanwhile, in Armenia and everywhere else in the world, the Armenian Orthodox Church celebrates with all other Orthodox denominations on the eve of Jan. 6 and the day of Jan. 7.

Despite their small numbers – there are about 6,000 Armenians in the Holy Land – the celebration is observed with reverence. The scouts will do a repeat of the Jan. 6 Christmas Eve festivities in Bethlehem, marching toward Manger Square to the Church of the Nativity, the church which many believe is built on the site where Jesus was born, for a special mass.

This year, the Armenian Orthodox Patriarch from Istanbul, is in town for the occasion.

As the smallest quarter in the Old City, the Armenian Quarter was established after the nation of Armenia declared Christianity its state religion in the year 301 and countrymen began making pilgrimages to the holy city.

Thousands more Armenians fled to Jerusalem after the Armenian Genocide when 1.5 million Armenians were killed by the Ottoman Turks beginning in 1914, in what many scholars consider the 20th century’s first genocide. Turkey denies that the systematic execution of the Christian minority constituted genocide. 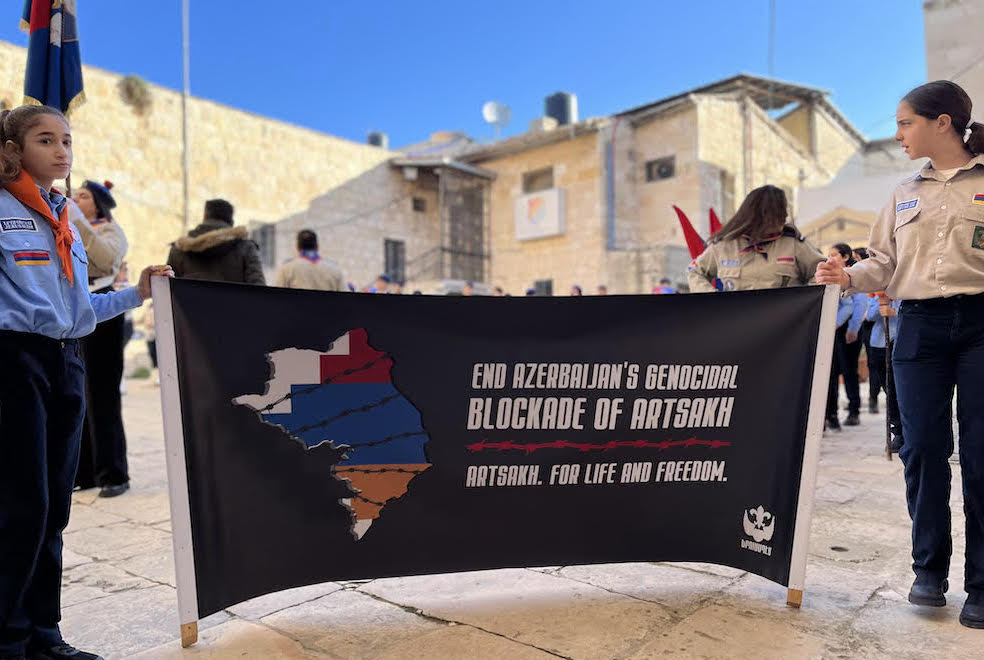 The holiday this year is accompanied by a somber mood as Armenians in the disputed territory of Nagorno-Karabakh (Artsahk) have been under siege since Dec. 12 when Azerbaijani “environmental activists” blocked the only road leading into the region. The 120,000 residents have been without gas for several days now while food, water and medical supplies are dwindling.