JERUSALEM—It’s been a hot, intense summer in the Middle East.

Yet the fall could be even hotter and more intense.

What does it all mean? Where is it all heading? How should it affect the way we live and the way we pray?

Two years ago – on Sept. 1, 2020 – my colleagues and I launched two new websites, ALL ISRAEL NEWS and ALL ARAB NEWS, to track and make sense of the tectonic changes going on here in the Middle East, as well in the U.S., Russia, China and other countries that affect us in the Middle East.

In May, I signed a deal with TBN to anchor and serve as executive producer of a new current affairs program.

On Oct. 6, THE ROSENBERG REPORT will premiere on TBN. 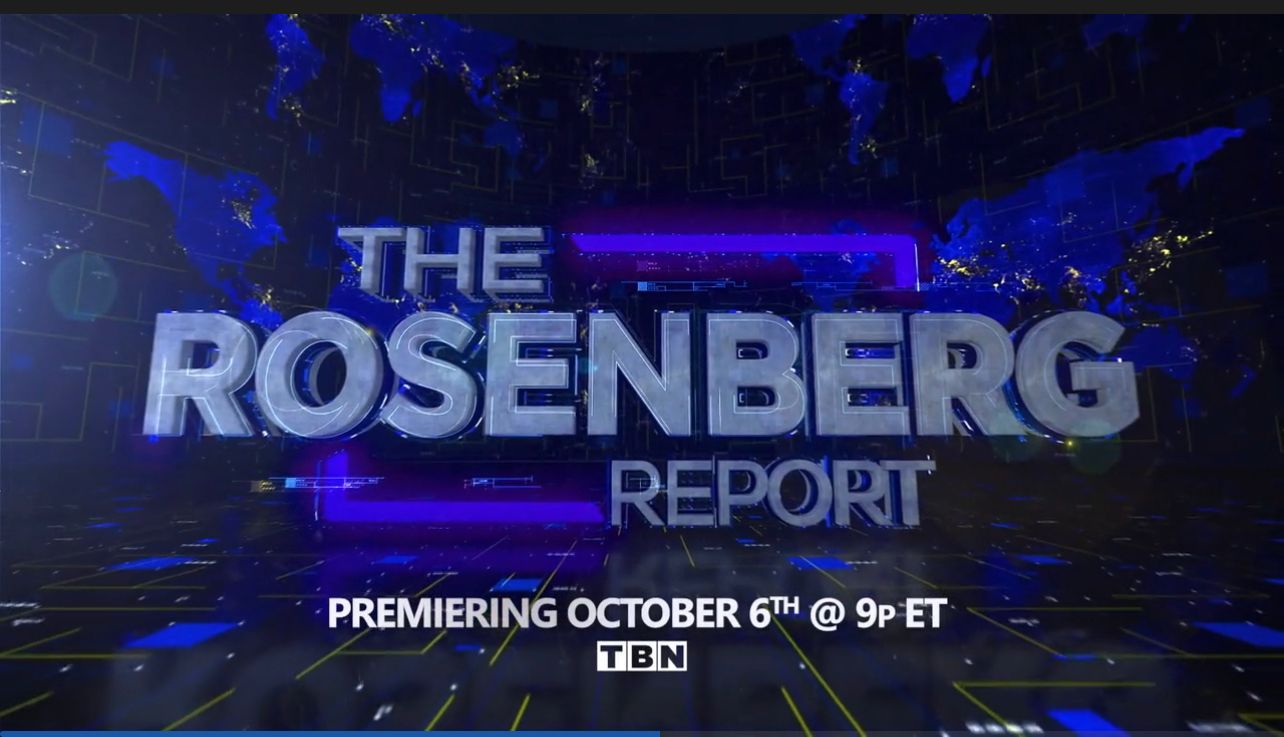 The show will be:

Yesterday, TBN president Matt Crouch and his wife, Laurie, announced THE ROSENBERG REPORT during an interview we did here in Jerusalem.

“Joel, I feel like everyone in our viewing audience wants to sit here in Israel with you and ask you what’s going on….I believe people are going to say that we finally found the right guy, with the right credentials, the right resume.” 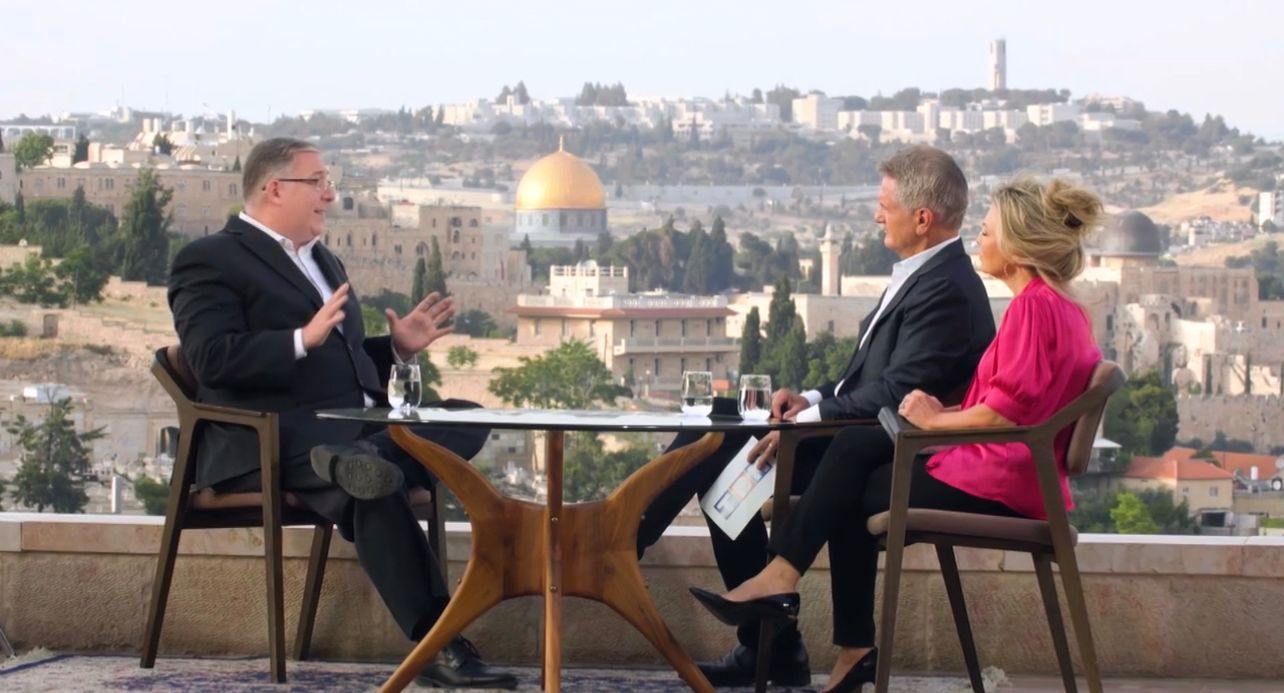 It was a fun and wide-ranging interview, as they asked me about my spiritual and professional journey.

It was also a humbling moment.

“Matt and Laurie, I’m really grateful and honored to be part of the TBN family, and excited about launching this show in the fall,” I told them. “And I think THE ROSENBERG REPORT seems like a good name.”

“I still question your judgment because I’ve got a face for radio,” I quipped. “But you are the head of the world's largest Christian television network. So, you probably know better than me.”

On a serious note, I conceded that when Matt had invited me to Dallas last December to pitch me the idea of anchoring and producing such a show, I was hesitant given all the other responsibilities on my plate.

Still, I agreed to pray about it and seek counsel from family and friends, including the boards of two non-profit ministries that I have founded, The Joshua Fund and Near East Media, which oversees ALL ISRAEL NEWS and ALL ARAB NEWS.

The counsel was unanimous.

To a person, people told me that they believe God is opening an extraordinary door to take my message – and far more importantly, the message of the Bible, and a Biblical understanding of what is happening in the Epicenter and why it matters to all of us – to a much, much wider audience.

And doing so at a Kairos moment in human history.

In time, my wife, Lynn, and I came to the same conclusion.

“Many Christians have been distracted in recent years by COVID, and their churches being closed and vaccines debates,” I told Matt and Laurie on their program. But increasingly, “the eyes of the nations are shifting more and more to here. That doesn’t mean there aren’t important things going on in other places in the world. But in the end, Jesus is coming there. He’s not coming to Washington or Beijing or Moscow or London. He’s coming here, to Israel, to Jerusalem. And so, Satan hates this place, and these people – my people – because God loves us.”

“People have been saying for years that what happens in Las Vegas stays in Vegas, but nobody says that about Jerusalem,” I added. “This is a city that has been conquered dozens of times. This is the city where Jesus came. This is where He died. This is where He rose again. And where He is coming back. This city impacts everybody in the world because this is where the Gospel came from.” 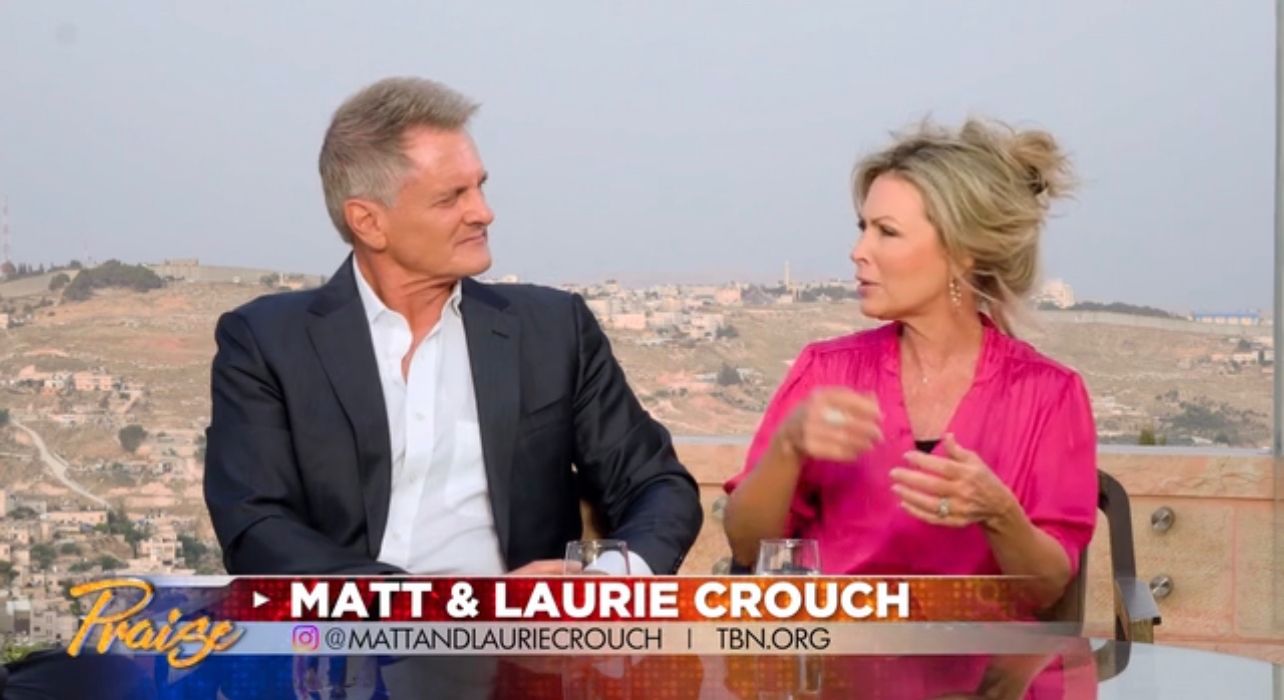 To be sure, many wars and terrorist acts have happened here, I conceded. Now the Iranian regime is feverishly trying to build nuclear weapons to annihilate Israel and bring about a Second Holocaust.

At the same time, Evangelicals have been praying for the peace of Jerusalem for decades, and we are seeing God answer our prayers with the historic Abraham Accords.

What’s important for us to remember, I explained, is that God said in the scriptures that Israel is the “apple of His eye.”

“And now I live here as a Jew, as an Israeli, as an American, as an Evangelical follower of Jesus,” I said. “And I am fascinated by this place.”

How exciting it is now to have another platform to talk about Israel – and the God of Israel – every week, from Jerusalem, to a worldwide television audience.

In the weeks ahead, I’ll be sharing more.

For now, I ask you to pray for us as we hire the team, build the sets, write the scripts, shoot lots of footage and prepare to launch on Oct. 6.