German Chancellor Olaf Scholtz made his first official visit to the Jewish state since taking office in December – and at a geopolitically challenging time with a full-scale Russian invasion of Ukraine, European energy dependence on Russia on the line and continued international efforts to reach a nuclear agreement with Iran.

Just this week, Germany reversed an earlier decision and said it would send 1,000 anti-tank weapons and 500 Stinger missiles to Ukraine when it previous only promised helmets.

Scholtz addressed the difficult situation in Ukraine and said “we need to do everything possible to try to effect a change in this situation.”

“This will be in the format of a bi-annual dialogue on security and diplomatic matters. I think that this is a significant upgrade in our relations,” Bennett said.

The two spoke at length about their "obligation as leaders is to do our utmost to stop the bloodshed, to bring what is going on from the battlefield to the negotiating table as quickly as possible; it is still not too late."

Bennett also said the State of Israel stands with the people of Ukraine and hence have sent humanitarian aid.

Following Russia’s recognition of the self-proclaimed republics in Donetsk and Luhansk in eastern Ukraine and Russia’s invasion of Ukraine, Germany suspended the certification of the controversial Nord Stream 2 pipeline that was constructed to transport natural gas from Russia to Germany. The stakes are high because more than 40% of the European Union’s gas import comes from Russia. Germany is even more reliant on Moscow with a nearly 50% gas import from Russia. Some EU member states like Finland and the Baltic states are almost entirely dependent on Russian gas supplies.

Given the geopolitical instability and tense relations with Russia, it is possible that the German leader will raise the question of reviving the EastMed pipeline that could potentially elevate Israel into the role as Europe’s new gas supplier. In January, the Biden administration reversed Washington’s support of the EastMed pipeline that could dramatically reduce Europe’s dependence on Russian natural gas.

Dr. Alexander Coman from the Faculty of Management at Tel Aviv University, recently told The Jerusalem Post that Europe is very concerned about its reliance on Russian gas.

“Europe is completely hysterical that it sits in the hands of Putin,” Coman said.

Since the stakes are far higher for the EU than for the Biden administration, Germany and other European states could eventually conclude that Israeli and eastern Mediterranean gas is a solution to Europe’s Russian energy dependence problem.

“One of the ways is an alternative pipeline that will bring gas – or perhaps electricity – from Egypt, Israel and [perhaps] Saudi Arabia to Europe, through Cyprus,” Coman said.

“Now is the time to make a decision. Now is the time to finally say yes to something that represents a good and reasonable solution," the German leader said regarding the controversial Iranian deal that Israel opposes.

But he also stressed Germany’s commitment to the Jewish state’s security.

"You can rely on it. Germany will continue to be steadfast at Israel's side," Scholtz said.

Bennett, on the other hand, said that Israel will make sure that "Iran will have neither nuclear weapons nor the possibility of attaining them, not on our watch, not ever." 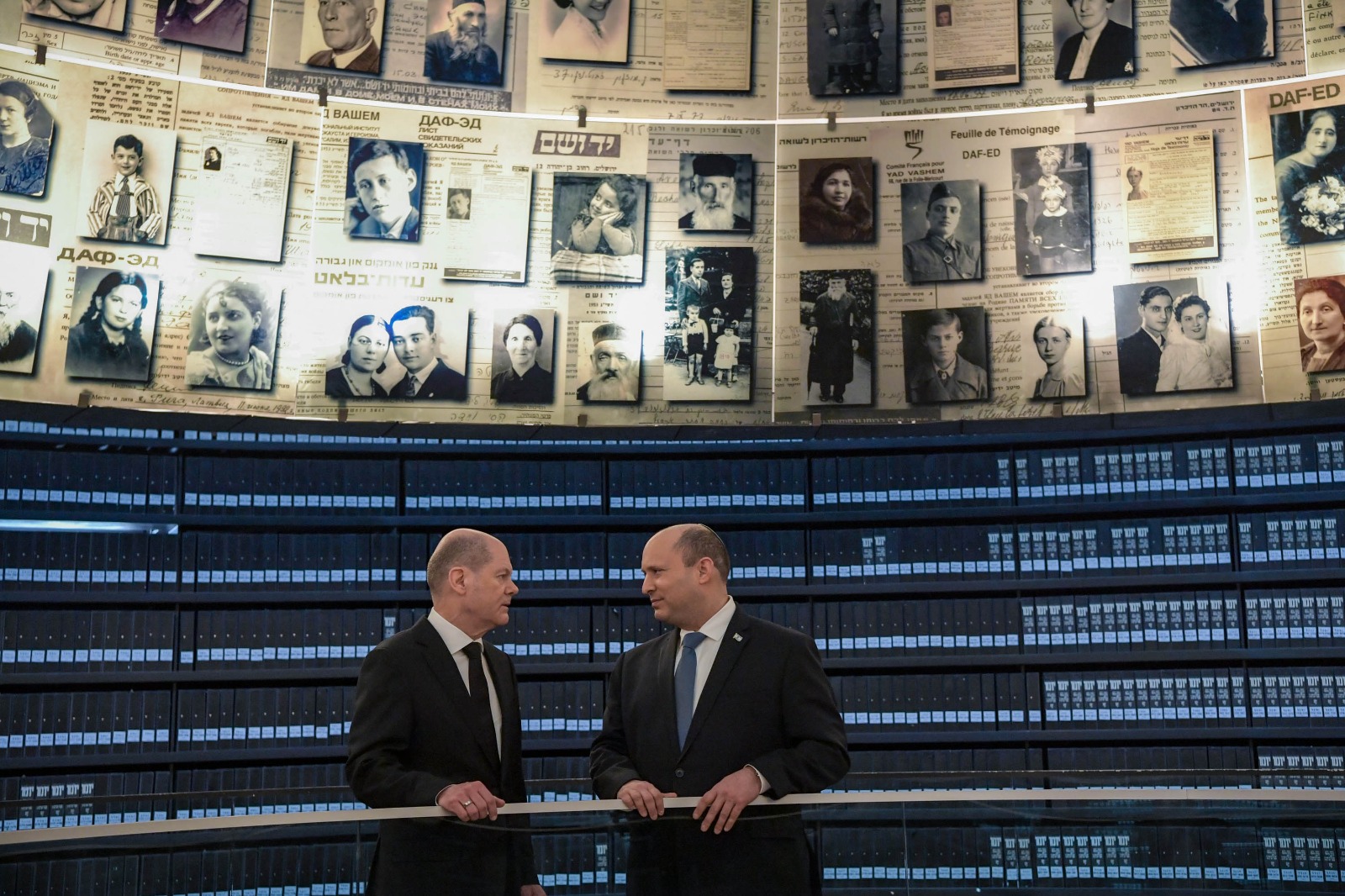 “The first stop on your visit to Israel, your first as Chancellor of Germany, is also the most important. The Holocaust, the systematic annihilation of Jews, is the wound that forms the basis of ties between Germany and Israel. From this wound we have built significant and steadfast relations,” Bennett said.

The Israeli leader stressed that the Holocaust continued to cast a shadow on the Jewish state and its people.