Christians are joining the frontlines in the fight against anti-Semitism and hate speech in Latin America.

More than 300 Jewish and Christian leaders, including 40 from governments all over Latin America, attended this second forum. Jimmy Morales, a Christian and former president of Guatemala – the first Latin American country to move its Israeli embassy to Jerusalem – was in attendance along with Israeli Ambassador Galit Ronen, Uruguay’s Vice Minister of Environment Gerardo Amarilla, Colombian Evangelical Pastor Eduardo Gomez, president of the Jewish community of Chile Gerardo Gorodischer; Uruguayan Sen. Alejandro Sánchez and Uruguayan Congressman Felipe Schipani, member of the ruling coalition. 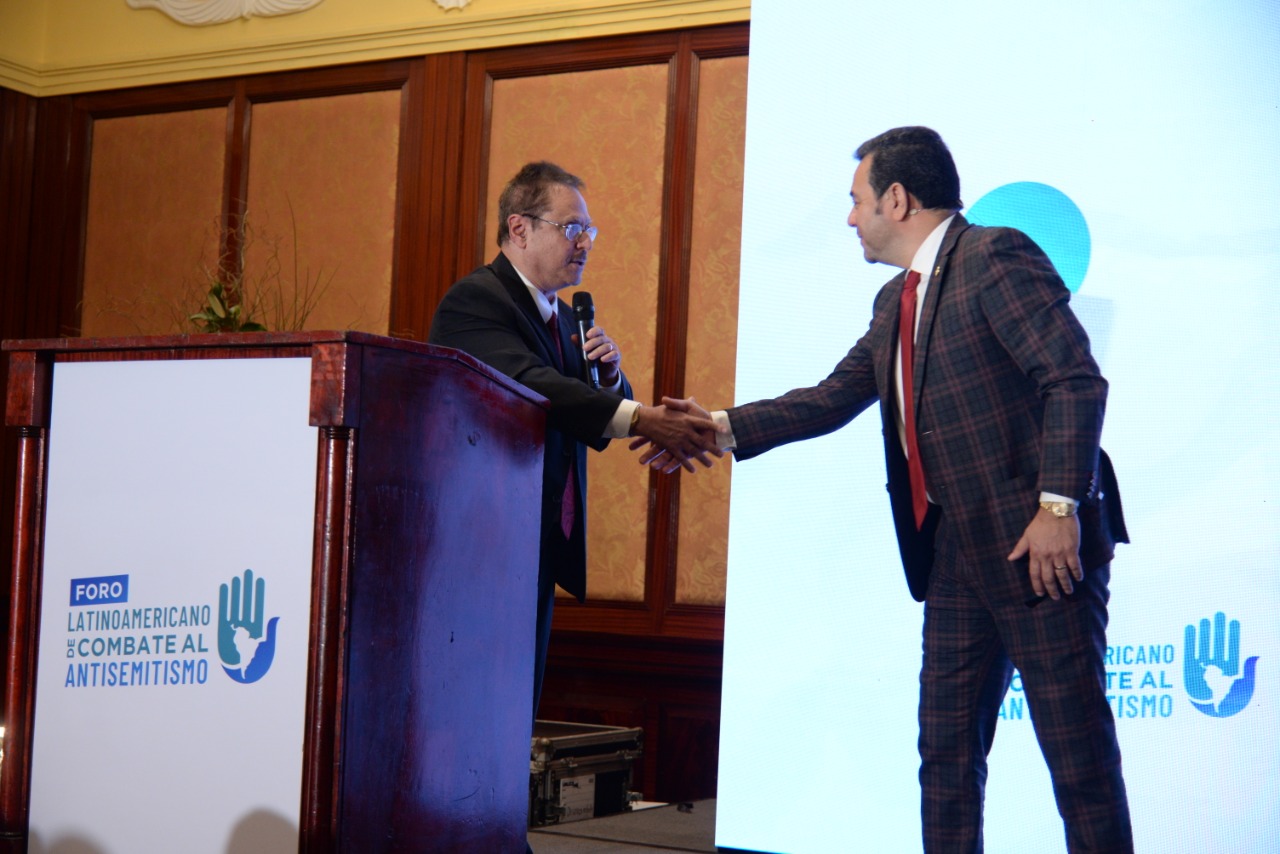 The alliance between Christians and Jews is more important today than at any time in our history, Bramnick stressed. While America and Europe are dealing with their own variations of anti-Semitism and rising anti-Israel sentiment, Latin America suffers from a lack of clear policies on these issues.

Few countries in South America have adopted the International Holocaust Remembrance Alliance’s (IHRA) working definition of anti-Semitism, nor do many have anti-discrimination laws.

“We’ve seen great strides in terms of pro-Israel support in Latin America among Christian groups and I believe it is time to utilize these alliances in more effectively combatting anti-Semitism,” Bramnick said.

Bramnick – an Evangelical supporter of Israel – believes it is incumbent upon Christians to defend the Jewish people and Israel.

This type of hatred, he said, targets Christians as well through “progressive leftist groups and governments, radical Islamists and neo-Nazis or extreme right-wing radicals who are seeking to destroy nation’s foundations of Judeo-Christian values.”

“Christians are now starting to feel persecution in America and Latin America and there has been targeting,” he noted. “It is imperative for both groups to stand together against all forms of persecution, racism, bigotry, hatred including anti-Semitism.”

Prior to the forum, executive director of the Latin American Jewish Congress, Claudio Epelman, said in a statement that delegates would be addressing some important distinctions unique to their region of the world.

“We need to think about this phenomenon from a Latin American perspective: What are the characteristics of hate speech in our territory, how does it differ from what happens in other parts of the world?” he said.

Yad Vashem Chairman Dani Dayan, who was born in the Argentine capital, was the keynote speaker at the forum.

In an interview with ALL ISRAEL NEWS in July, Dayan said he planned to sign an agreement to “strengthen and enhance” cooperation on Holocaust studies, including bringing Argentinian instructors to Yad Vashem and sending teachers to Argentina.

“We are giving great importance to Holocaust education and awareness in the Spanish-speaking world,” he added.

The Forum was held on the 28th anniversary of the terror attack on the Argentine Mutual Israelite Association (AMIA) Jewish community center in Buenos Aires in which 85 people were killed on July 18, 1994. While Hezbollah operatives in the direction of Iran were believed to be responsible, to this day no one has been held accountable.

Bramnick said that each of the participants at the memorial service held a card with one of the victims' names.

Yet the irony was not lost on anyone present that Iran, “the greatest sponsor of world terror,” has only expanded its reach and capabilities since then, Bramnick said, adding that “our administration is now wanting to advance the nuclear deal with them.”

“Here we are memorializing the loss and at the same time knowing that none of the people in the AMIA bombing were held accountable,” Bramnick noted. “Now we see Iran and its proxies – Hezbollah – have greater capabilities.”

“We are less safe today in Buenos Aires, Miami, New York, Paris, than before,” he said.