Republican leaders, rumored to potentially announce a run for presidency in 2024, addressed the Republican Jewish Coalition annual meeting over the weekend, with former U.S. President Donald Trump and the only GOP members officially in the race speaking via Zoom.

Former United Nations Ambassador and South Carolina Gov. Nikki Haley hinted she would announce her intentions regarding the presidency in the near future.

“A lot of people have asked if I’m going to run for president now that the midterms are over. I’ll look at it in a serious way and I’ll have more to say soon,” Haley said. “When people underestimate me, it’s always fun. But I’ve never lost an election. And I’m not going to start now.”

Haley said she won “tough primaries and tough general elections” in the past, despite being “the underdog every single time.”

Florida Gov. Ron DeSantis did not hint about his plans for 2024 but mainly referenced his assistance to Florida’s Jewish community since assuming the governorship in 2018, as well as his accomplishments in fighting the woke agenda.

“We’ve got a lot more to do, and I have only begun to fight,” DeSantis told those in attendance. 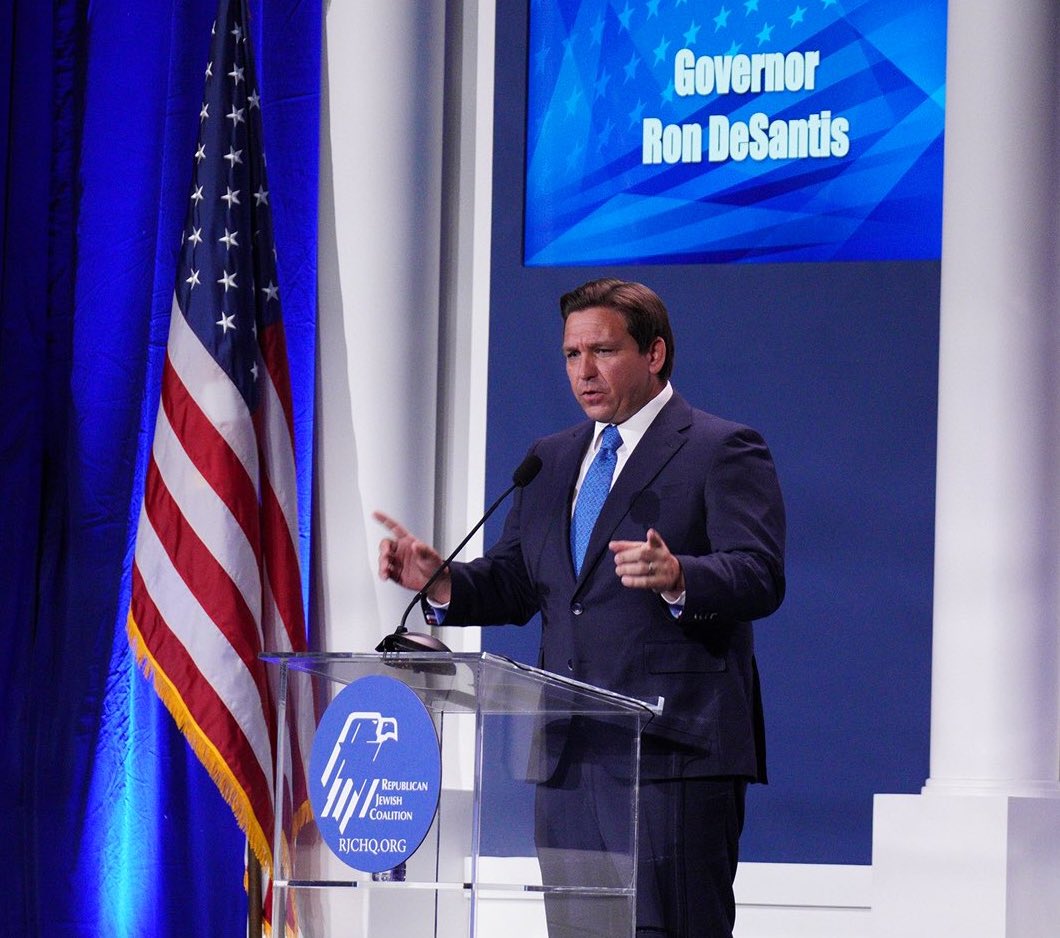 A new Harvard CAPS/Harris Poll, published by The Hill on Monday, showed DeSantis edging closer to Trump nationally with 28% support, compared to Trump’s 46%, the gap between them shrinking by 11 points.

DeSantis, however, focused his remarks on what he called a “true Republican landslide” in the state of Florida, which added four new Republican congressmen.

“We secured super majorities in the Florida legislature, the most Republicans we have ever had in Florida history,” DeSantis said.