In 1844, Ottoman-controlled Jerusalem was in shambles – a once legendary city now desolate and destitute, revered only in history and spiritual texts. Yet, unknown to everyone but God Himself, this would be the year when two men who were worlds apart would begin to set the stage for documenting the prophesied revival of the most unique city on earth.

Daguerreotype, a new state-of-the-art photographic process, had been unveiled in Paris in 1839, revolutionizing the capturing of images on metal plates. It would later become the foundation of modern photography today. A few years later, a local French painter, Joseph-Philibert Girault de Prangey, learned this new technology and soon thereafter left on a journey through the Middle East. By 1844, he found himself in Jerusalem, photographing the city, the architecture and the landscape.

Also in 1839, in the Ottoman Empire capital of Constantinople, Sultan Abdulmejid I came into power. In light of the decline of his empire, Abdulmejid ordered some sweeping changes to continue his father’s reforms, including a census of rundown Ottoman-era Jerusalem – the first census since biblical times. Jerusalem was home to 15,510 residents: 3,390 Christians, 5,000 Muslims and 7,120 Jews – the majority of the population.

After Girault de Prangey’s return to France, he used his daguerreotype images as references for publishing painted works from the region. Meanwhile, he constructed wooden boxes for his seemingly useless photographic plates, then stored them away. Thirty years after his death, the boxes were discovered by a relative who had purchased his dilapidated estate. Yet these photo plates would remain hidden from the public eye until 2003, when one of them sold for more than $900,000 at auction. It wasn’t until 2014, however, when the Smithsonian digitized his work and published what was called “the first photographs ever taken of Jerusalem,” that everyone suddenly began asking about who this French painter was and about his travels to the Holy Land in the 1840s.

A photo of Jerusalem from 1844 by Joseph-Philibert Girault de Prangey, taken from Mt. Scopus

Thanks to Girault de Prangey and an Ottoman sultan, two people who never knew about each other, we now have documentation of what Jerusalem looked like in 1844 – some 40 years before the first wave of Jewish immigrants started returning to the Land in the late 1880s. In research, we would call this “establishing a baseline.” Little did either of these men know that God was about to start fulfilling one of the most repeated promises in the scriptures: that He will return the Jewish people to the land He promised to give them.

It is important to note that of all the cities on earth, only Jerusalem has had its history foretold, from its destruction and the scattering of its residents to the nations – leading to centuries of desolation that culminated in its revival as an international city – to its prophesied seat of power for a ruling king. Since the Romans conquered the city in the first century, the region has never become a homeland for any other people group, and Jerusalem has never become an influential or capital city for any other tribe or nation – only the Jewish people. 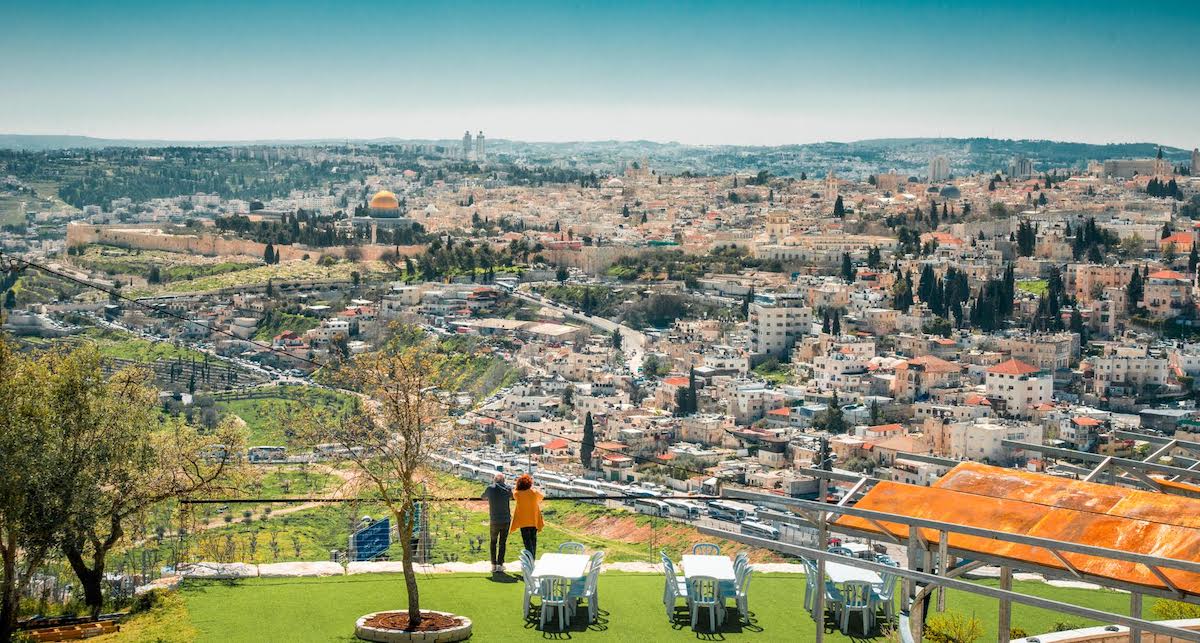 A view of the Old City of Jerusalem (Photo: Edden Ram)

All of this is foretold in the scriptures. Nearly 2,600 years ago, Zechariah prophesied Jerusalem’s restoration, the Lord’s return to the city and the regathering of his people to live with him. When the nation floods back in, “men and women of ripe old age will sit in the streets . . . each of them with cane in hand because of their age. The city streets will be filled with boys and girls playing there” (Zechariah 8:4-5). I believe we are in the early stages of this word coming to pass in the most practical of ways.

In 2019, Israeli adventure-photographer Edden Ram and I set out to document the revival and restoration of Jerusalem by recreating Girault de Prangey’s and others’ historic photos. Yet there was one problem—many of the angles were confusing and hard to locate. It wasn’t until later that I had an important realization: Daguerreotype photo plates provide a reverse image and not the actual view. Thanks to the Smithsonian’s digitization of Girault de Prangey’s work, Edden and I could digitally flip the images and find exactly where the shots were taken. Hidden in plain sight, these photos from 1844, as well as shots from the 1850s–60s and the early 1900s, have never been recreated before . . . until now, in “Jerusalem Rising,” my latest photo book. 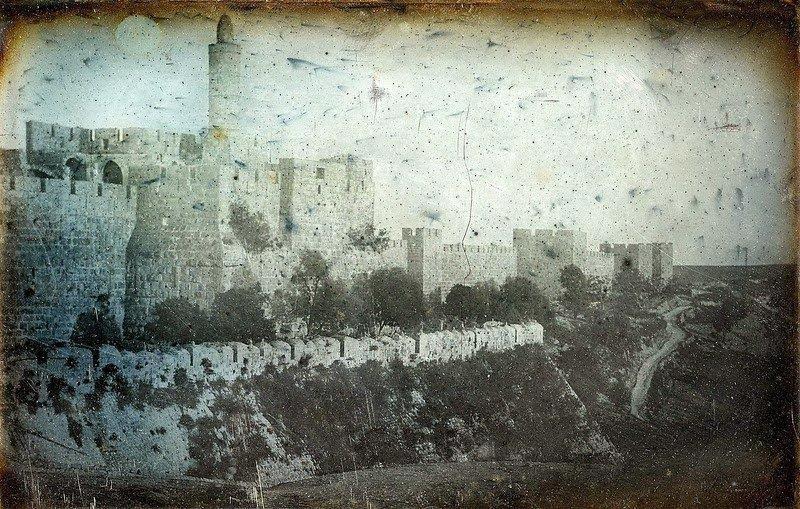 In our efforts to document the stunning restoration of this city, Edden and I tried to get as close to the original angles as possible to show how much has changed in such a short amount of time. Those shots were then juxtaposed with today’s view from the same angles, with the city swelling close to a million residents. You simply need to see this awe-inspiring transformation in order to believe it. And in groundbreaking fashion, “Jerusalem Rising” publishes for the first time the “true view” of 1844 Jerusalem, giving readers a glimpse of what Jerusalem looked like with barely 15,000 inhabitants.

As the follow up to the bestselling “Israel Rising,” book one in the Ancient Prophecy/Modern Lens series, “Jerusalem Rising” was not intended as a simple then/now photo book. It also provides a closer look at what the Jewish prophets foretold and how it is unfolding today, in a way that history has never seen. It’s my great honor and pleasure to provide visual documentation of ancient prophecy, through the medium of the modern lens. 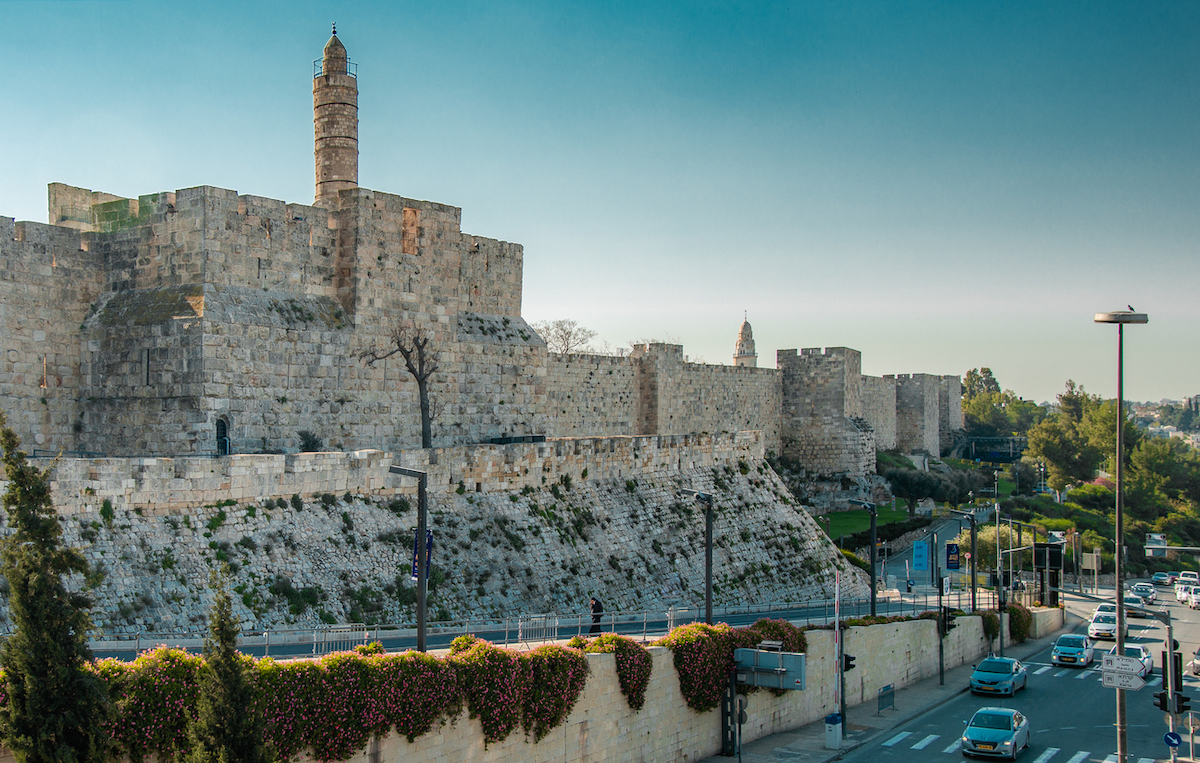 The Tower of David in Jerusalem (Photo: Edden Ram)

God is faithful to his Word, and faithful to keep His promises to the Jewish people and the land. After thousands of years, we are able to see proof that He is keeping his prophetic promises right in front of our eyes. If the nation of Israel and the city of Jerusalem has shown us anything in the last 50 years, it’s that God meant what He said and said exactly what He meant. No allegory, no hyperbole and no metaphors. Now, in our day, we can see the evidence of His faithfulness for ourselves.

For more information, go to DougHershey.co

Whether writing or speaking, Doug Hershey shares from the perspective of a historian and storyteller. His accounts of Israel, the Middle East, and the awakening of Bible prophecy are as intriguing as they are rare. In his bestselling photo book, “Israel Rising,” the first installment in the Ancient Prophecy/Modern Lens series, Doug tracks 2,000 years of Israel’s insurmountable history and provides more than 100 then/now photo comparisons, all through the lens of Bible prophecy. “Jerusalem Rising,” the newly released second book in the series, continues this groundbreaking work with the most extensive then-and-now photo survey of Jerusalem ever undertaken. His online course extends the series to video with “10 Prophecies Fulfilled in Your Lifetime,” filmed on location in Israel. 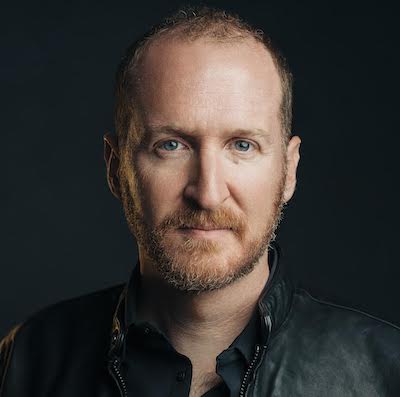 Doug is the founder of Ezra Adventures (EzraAdventures.com), a boutique travel and education company, specializing in exclusive customized small group travel throughout Israel and the Middle East.