Following are Key Remarks from his statement:

I entered this government with a heavy heart, but a whole heart. I did so following three election rounds, which didn’t put me in a position to form a government consistent with my values and worldview, under the cloud of the pandemic, looming over our health, our children's future, and the livelihoods of so many of us. I need not remind anyone that there was no 61-seat majority without Netanyahu, and I decided to spare all of us another ugly and costly round of elections in the midst of a health, economic and social crisis. I decided not to allow Netanyahu exclusive access to the driver’s seat under the circumstances. I had no illusions about Netanyahu. I was well aware of his track record as a ‘serial promise-breaker,’ but I thought that the people of Israel are more important than one leader, and that Netanyahu would rise to the occasion. Much to my dismay, that didn’t happen.

Netanyahu didn’t lie to me – he lied to all of you. He didn't lead me astray, he led the entire nation astray.

My fellow Israelis, Blue and White isn’t here to look out for itself. We are acting out of determination to protect this country’s security, safeguard its legal and justice systems, protect a free press and the right to demonstrate, and keep the tradition of culture alive. We blocked rushed unilateral annexation, which made normalization agreements possible. When there was consent to arms deals hidden from the public, I acted swiftly and decisively to ensure Israel’s continued QME in the Middle East. Facing someone willing to sacrifice the livelihoods of millions of unemployed, disabled, and elderly citizens, we fought to make sure that relief funds first reached the people who needed them most. Netanyahu has used the fight against coronavirus as a personal self-glorification campaign, presenting every step as his own personal accomplishment, as if it this weren't a massive joint effort, shared by the Health Ministry, the Interior Ministry, the Education Ministry, the Economy Ministry, and, of course, the Defense Ministry and the IDF.

Netanyahu is on a path of personal survival. The only index for his decision-making is relevance to his ability to evade trial, which is just around the corner. 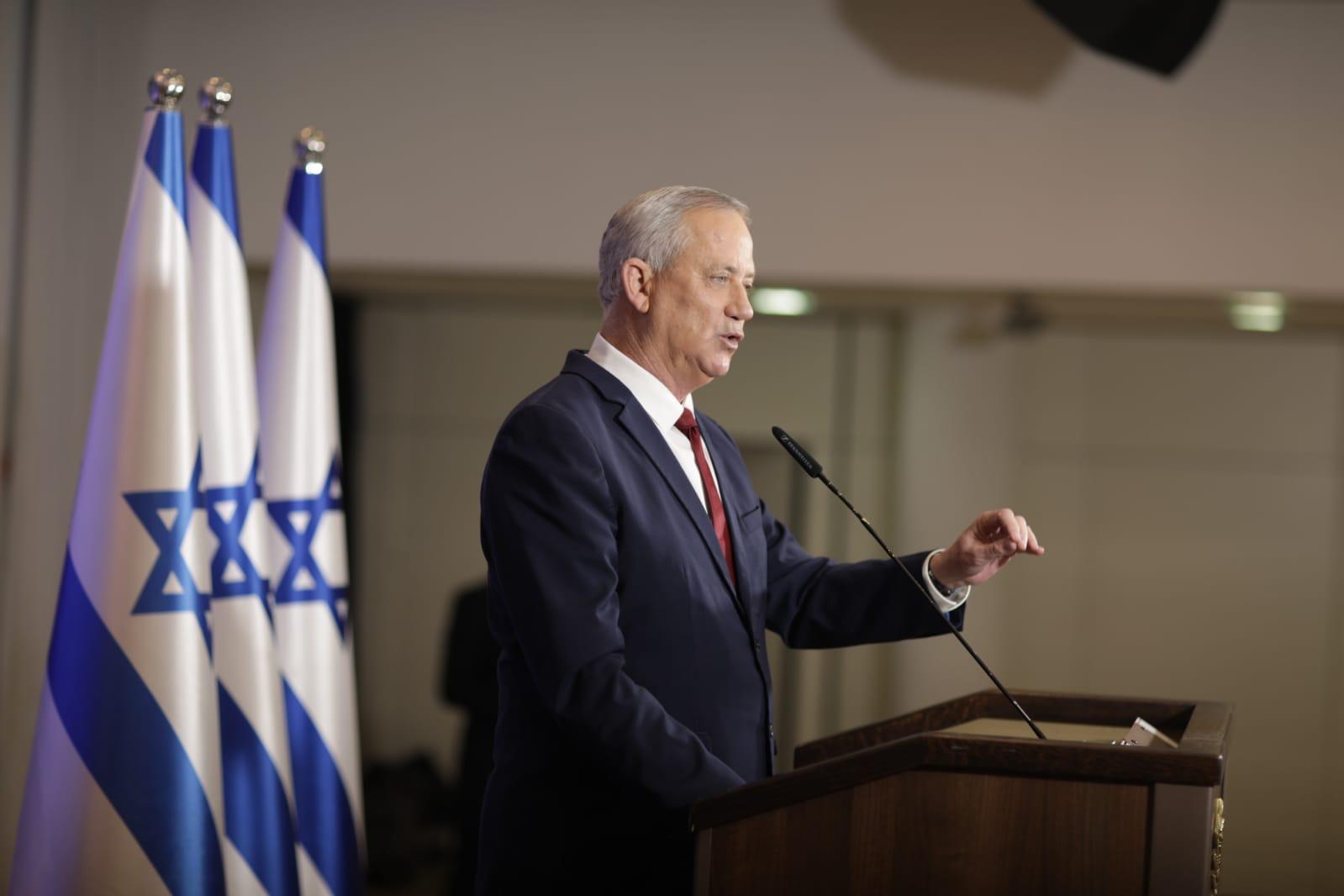 Benjamin Netanyahu has decided to take apart the government and drag the State of Israel to elections. He has chosen to do so by refusing to approve a budget for the state of Israel as agreed and signed upon, and that will bring about the dissolution of the Knesset. Netanyahu likes to compare us to the most progressive and successful countries in the world. Show me one other country where a prime minister sabotages his own country’s budget. Holds up the appointment of a police commissioner. Blocks the appointment of a state’s attorney. Freezes legislative procedures in parliament.

The economic assault on the country, in the form of denying the country a budget, jeopardizes the economic stability of the country, as well as the livelihoods and future of every home in this country, and I will not stand by and let that happen.

Netanyahu committed to pass a budget in August, and naturally did not stand by his word. He promised that it would happen in December and is not following through. Does anyone believe him anymore? Millions of citizens stand heartbroken watching businesses they’ve built over lifetimes fall apart in front of their eyes. Business are closing, hundreds of thousands of unemployed don’t have the slightest ray of hope, while whole families are struggling to survive. And the State of Israel has no budget. That is why Blue and White will vote in favor of the Knesset’s dissolution tomorrow.

For four centuries, I fought for this country that I so love, in uniform. For the past two years, and particularly over the past months, I have fought for you, the Israeli people, in every way I could.

The only person who can prevent these elections is the person who decided on them. Netanyahu, the burden of proof is on you. Put a state budget forward, make sure it gets passed and ensure the unity you talk about in front of the cameras. Stop the divisiveness and polarization.

Blue and White’s ministers will keep its line of defense up within the government, looking out for the best interests of the country.

My fellow Israelis, I have never regretted taking risks for this country, not when there were bullets flying overhead in battle and certainly not when I took a political risk for the good of the nation. If Netanyahu does force elections on us, I will fight to see them end in a broad government, a government of true unity, which is so sorely needed right now. It will be a functioning government, which you, Netanyahu, will not be a part of. A government that will fight the coronavirus pandemic and hate, rather than its own citizens. A government that will be deserving of the nation’s trust and which will offer the Israeli people hope.“