In a swirl of controversy, Israel is finally set to begin the roll out of the fourth dose of the COVID-19 vaccine, but just for individuals considered to have a compromised immune system.

The news comes after an expose by Israel's Channel 12 News on Wednesday that fewer than half – just 42 – of the 90 members of the vaccine expert panel are actually doctors. 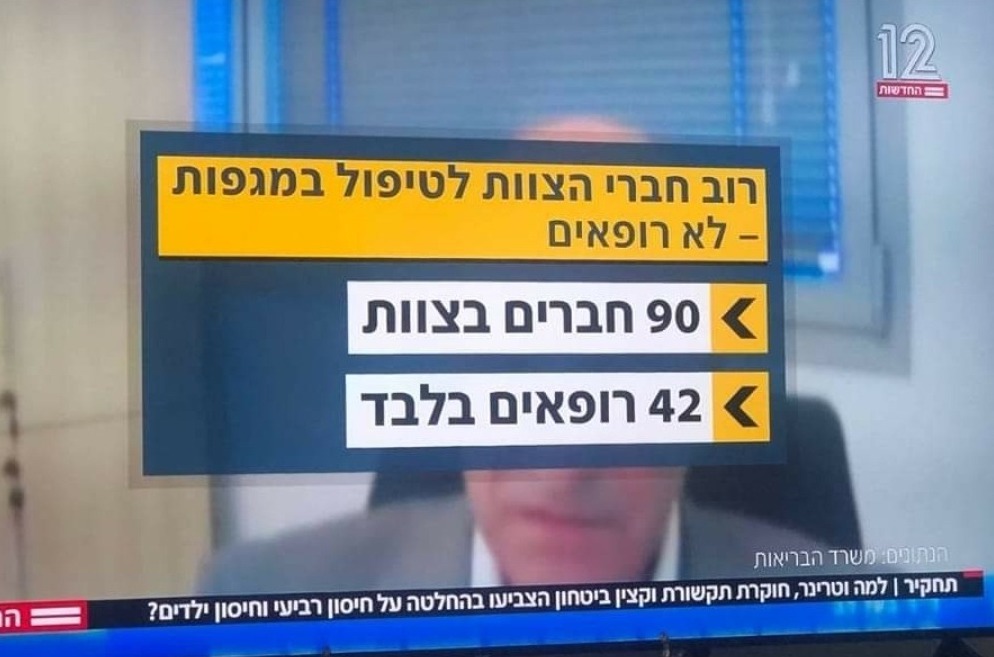 This same panel has pushed through world-leading decisions such as becoming the first nation to offer a booster shot and recommend the shot for pregnant women.

Among the panel members are security officers, veterinarians, spokesmen for the Health Ministry, a legal advisor, a communications expert and another is an administrator at a medical center.

"It feels like an episode of Saturday Night Live, but it's not," a Channel 12 anchor said while addressing Dr. Tsachi Grossman about the construct of the panel.

Grossman defended the presence of other fields, including a communications expert, on the panel.

"Sometimes we don't know how to properly express our decisions to the public, and no matter how scientific our evidence may be, we failed at communicating them," Grossman said.

He later said, "the insight of a taxi driver is no less important than that of a doctor."

The presenter incredulously responded that he was just as qualified to be on the panel.

Grossman said that health experts present the panel with updated information on the pandemic – and from that, internationally ground-breaking decisions are made by the panel.

Public Health Director Sharon Alroy-Preis had said last week that data on the fourth shot would not be ready for at least two weeks. Nevertheless, this same panel rushed to approve the fourth shot last week in a dramatic press conference.

“If we don’t vaccinate the price will be very high – serious morbidity and a lot of quarantine,” the head of the advisory panel, Dr. Boaz Lev, said on Dec. 22. “This variant is like a tsunami.”

However, despite making headlines worldwide, the initiative was temporarily shelved shortly afterwards – then revived today for a more limited demographic. Israel's Health Ministry Director-General Nachman Ash gave his approval for immunology-compromised people only to take the shot.

Israel is still first though, as the prime minister proudly noted this evening.

“Israel will lead the way in administering a fourth vaccine to the Israeli people," Prime Minister Naftali Bennett said. "Israel’s strategy for overcoming Omicron is clear: The greater the wave, the greater the protection we will need to overcome it.”