A German humanitarian team that has supported Israel with aid valued at 9 million shekels ($2.5 million), drove their humanitarian donation to Israel themselves for the first time, via the Haifa port.

The three trucks travelled 4,500 kilometers in seven days, driving from Germany to Italy via Switzerland, then taking a ferry to Greece, crossing the country and boarding a ship to Haifa, Israel, via Limassol, Cyprus. The delivery consisted of a three-week round trip, including the time spent in Israel. 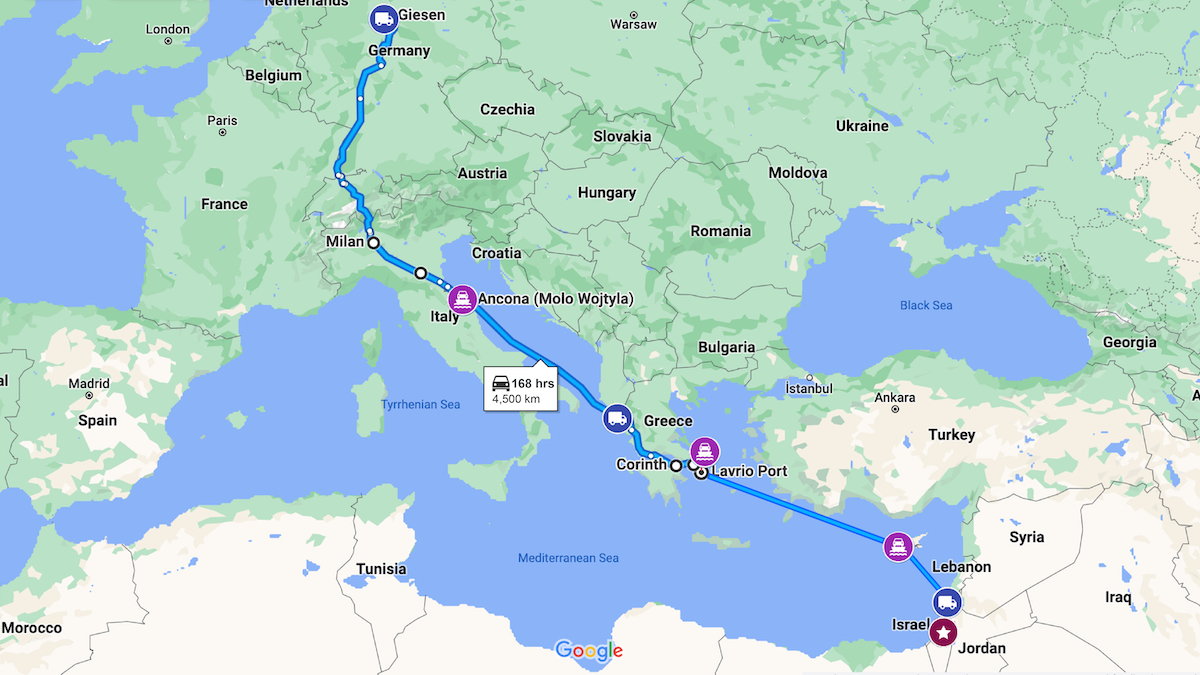 The route from Germany to Israel

Six German truck drivers, including GAiN Chairman Klaus Dewald, made the impressive journey – all coming to Israel for the first time. Helping Hand Coalition acknowledged the drivers for “patiently and lovingly dealing with Israeli customs at Haifa port and even being a light to the customs agents, which is an endeavor of its own.”

Drivers Peter and Elisabeth Kircher are owners of a large logistics company in Germany, which partners with GAiN; Thomas and Heidi Schmidt are owners of a specialized company servicing nuclear power stations in Germany; Matthias Grapentin works as an investment banker in one of the largest banks in Germany.

Over the last 15 years, GAiN Germany has shipped dozens of containers of goods to distribute to Holocaust survivors, lone soldiers, people with disabilities, families in need, refugees and many others. GAiN also provides monthly financial support to hundreds of Holocaust survivors living in Israel.

Rather than sending the containers as usual, the German team decided to drive the humanitarian supplies to Israel in order to celebrate its 15-year partnership with Helping Hand Coalition and join in the celebration of HHC’s 15-year anniversary event.

Once in Israel, the trucks unloaded a multitude of pallets – valued in the millions of shekels – from their containers, at the Joseph Project distribution center in Beit Shemesh.

HHC cited the Joseph Project as a “strong partner of Helping Hand Coalition in this venture” for all of its “assistance provided in storing and helping in the distribution of the goods within Israel.” 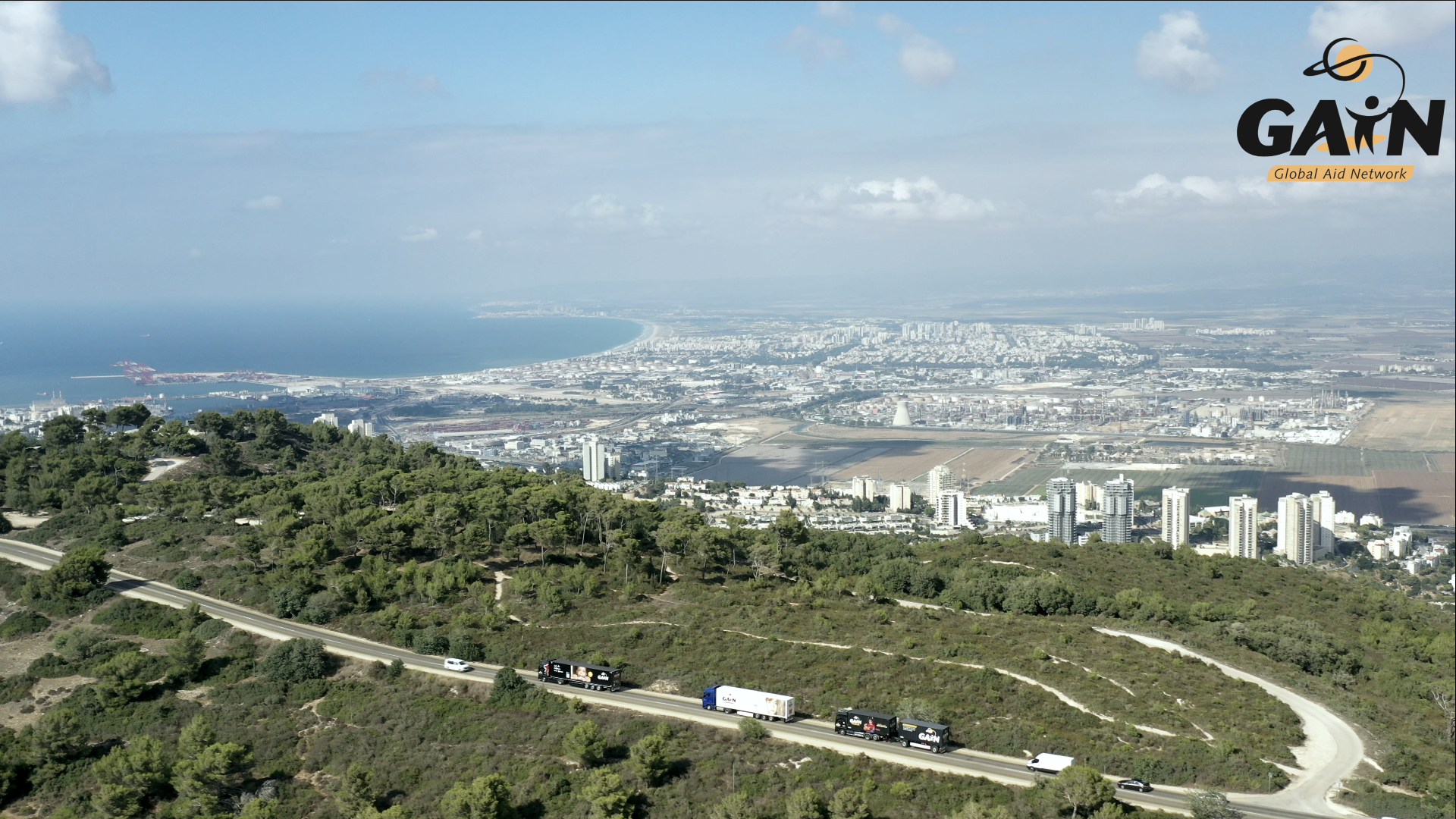 After Beit Shemesh, the truck drivers continued their journey throughout Israel. They traveled from the Golan Heights, through the Galilee and Haifa, along the coast through Caesarea and Netanya, over the Judean Hills to Jerusalem, and through the Dead Sea and the Negev desert.

The Germans pioneered an important journey in the name of friendship with Israel. For them, it was both a humanitarian project and a soul-searching journey.

Peter Kircher said he enjoyed experiencing the land of Israel for himself, as the land of the Bible came to life.

The GAiN Germany team’s gift was from the heart, with no expectation for receiving anything in return. 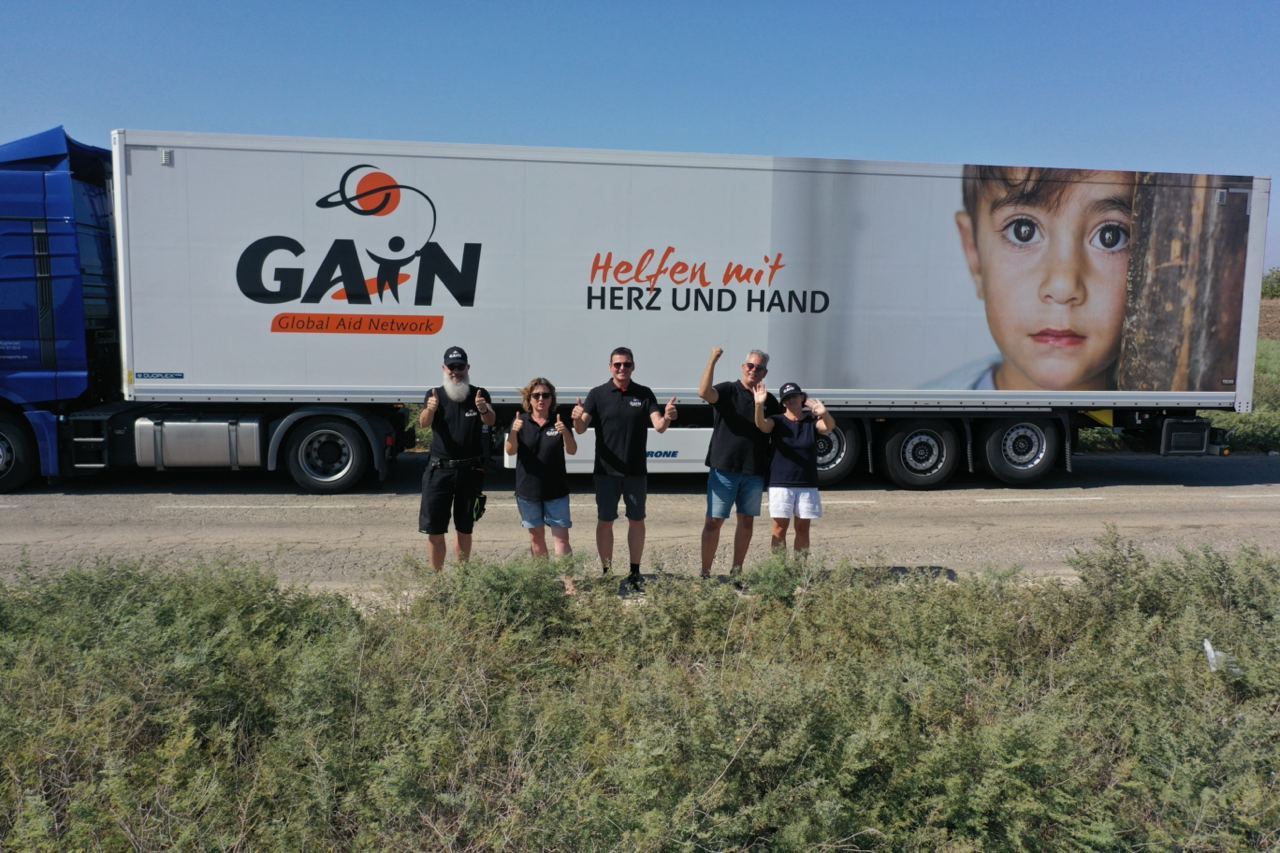 In addition to providing aid, this initiative aims to take a strong stand of support for Israel, especially during a time of increasing European and global anti-Semitism. It also has a spiritual aim: To bless Israel, which the organization recognizes as the apple of God’s eye.

The organization believes blessing Israel will result in a new season of spiritual breakthrough, enabling the release and mobilization of even more humanitarian aid that can be distributed globally. In addition to supporting Israel, GAiN Germany provides humanitarian aid to the world’s poorest, weakest and most vulnerable people.

GAiN trucked more than 170 containers of relief supplies to Ukraine during the recent war, and has driven many more containers to other countries within Europe or countries hit by natural disasters (such as Haiti, Indonesia and others). GAiN also provides aid for refugees in the Middle East, including Iraq, Jordan and Afghanistan, and regularly sends containers to Africa and even North Korea.

The efforts of GAiN Germany are propelled by the vision of Dewald, who is also chairman of GAiN Worldwide. Dewald’s vision encompasses providing support to those in need around the world and keeping the Jewish people as a focal point in its activities by continually sending support to Israel.

His wife Claudia’s relatives were recognized as Righteous Among the Nations for saving the lives of many Jews in Nazi Germany during WWII.

The Helping Hand Global Forum maintains activities in Israel and in 180 countries worldwide, and is associated with more than 250 related Israeli and international organizations.