It never let up throughout the four years of the Trump presidency.

Almost no one in the “peace industry” in Washington, and very few in the media, believed that a businessman and his team of geopolitical novices could broker a single Arab-Israeli peace deal, much less several.

Yet one year ago today, U.S. President Donald J. Trump, Israeli Prime Minister Benjamin Netanyahu and United Arab Emirates Crown Prince Mohammed bin Zayed (MBZ) announced that they had done the impossible – forge the first peace and full normalization agreement between an Arab state and the Jewish state in a quarter of a century.

Will they win a Nobel Peace Prize later this fall for their historic efforts?

They absolutely should, and in my forthcoming book, “Enemies And Allies: An Unforgettable Journey inside the Fast-Moving & Immensely Turbulent Modern Middle East,” I explain why.

The book releases on Sept. 7 – here is an extended excerpt:

Even before Donald J. Trump took office, the reigning experts insisted he was living in fantasyland.

No one made the case more clearly than John Kerry, who served as secretary of state during the Obama administration.

Less than a month after the 2016 election, Kerry spoke at a conference at the Brookings Institution and made two things clear: Trump was never going to get a single Arab country to make peace with Israel ahead of the Palestinians, and he was a fool for trying. 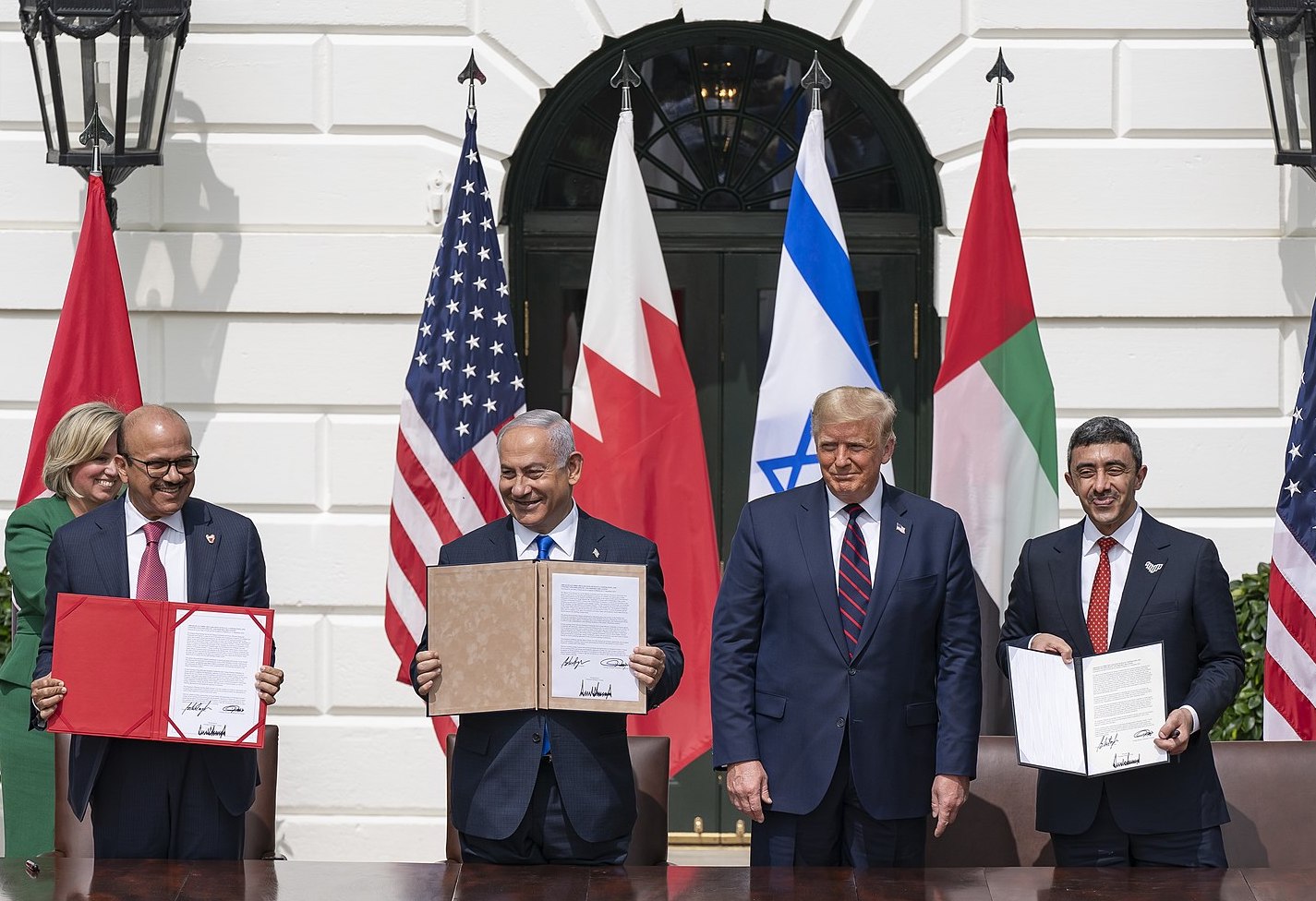 “So the question for all of us is not the road we’ve traveled for the last one hundred years. The question is, ‘What are the next one hundred years going to look like – where are we going?’ And let me tell you a few things that I’ve learned for sure in the last few years. There will be no separate peace between Israel and the Arab world. I want to make that very clear to all of you. I’ve heard several prominent politicians in Israel sometimes saying, well, the Arab world is in a different place now, we just have to reach out to them, and we can work some things with the Arab world, and [then] we’ll deal with the Palestinians. No, no, no, and no.”

Are the Abraham Accords worthy of a Nobel Prize or no big deal?

They were certainly not inevitable.

Based on extensive and detailed conversations with senior players in all three countries, it became clear that MBZ made the first set of critical strategic decisions. The time had finally come, he believed, to normalize relations with Israel because this was in the Emiratis’ supreme national interests.

First, solidarity among the UAE, Israel, and the U.S. against the threats from Iran were vital to the security of each nation and the region.

Second, Emirati investments and Israeli technology would be a match made in heaven, unleashing enormous creative potential and untold prosperity in both countries.

Third, by being the first to make peace with Israel, the UAE would reap tremendous goodwill from the American people, from Congress, and from both major American political parties. If Trump won reelection, the UAE would be well positioned for good relations during his second term. If Biden won, the UAE would be positioned to interact with the new administration as a significantly enhanced asset and perceived as an increasingly helpful and constructive ally to Washington, whose voice would be even more respected and valued.

Fourth, the UAE would dramatically reinforce a global image it was carefully and consciously crafting: one of the “good guys” – a faithful, trustworthy ally against the forces of radical Islamism; an economic, cultural, and security partner that other peaceful, productive nations could appreciate and depend on.

What’s more, MBZ believed that by breaking the mold and making peace with Israel without giving the Palestinian leadership a veto over his freedom of movement, he could open the door for other Arab countries to see the benefits of normalization and follow suit. Bahrain, he knew, was ready; but it was too small a country to take the lead.

However, if MBZ made peace with the Israelis, the Bahrainis would almost certainly follow. In time, so would others in the Gulf Cooperation Council and the Arab League.

As more Arab states normalized relations with Israel, MBZ and his team believed it could create the conditions under which the Palestinians could finally say yes to a comprehensive peace plan of their own with Israel. In the meantime, the UAE –together with Egypt and Jordan – would have far more influence and leverage to urge Israel’s government to refrain from making provocative moves against the Palestinians and, thus, keep the two-state solution viable. 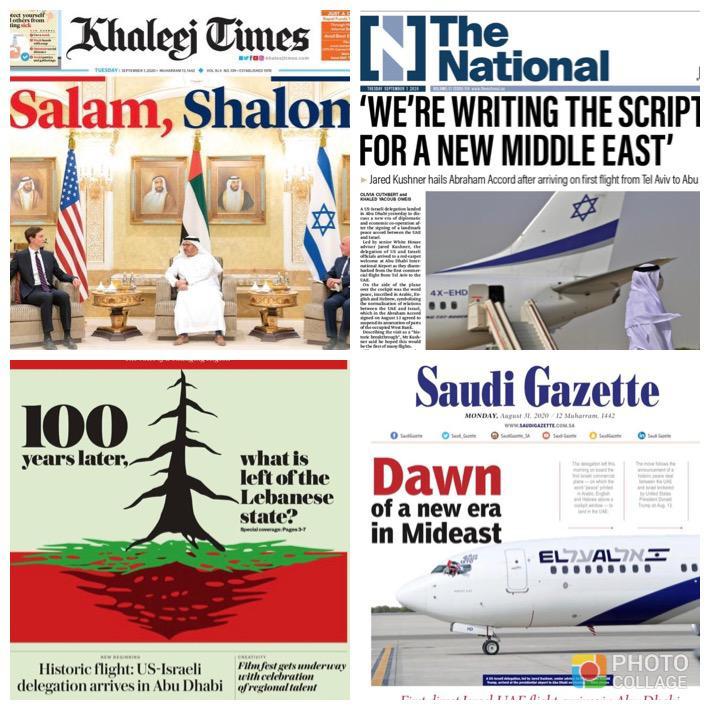 MBZ could see, however, that Netanyahu was being severely tempted to acquire more of the biblical territory that every member of his Likud political party considered precious.

If that happened, MBZ believed the door for the UAE to normalize relations with Israel would slam shut.

At the same time, MBZ knew that Netanyahu had another dream. For more than a decade, the Israeli leader had been passionately making the case that the only way to make peace with the Palestinians was to take an “outside-in” approach. That is, if Israel could make peace with several Arab states first, this would create enormous prosperity, and Arab-Israeli tourism, and foster a climate that might finally persuade the Palestinian people and their leaders that it was time to end the conflict once and for all.

Both were “legacy options.” If Netanyahu could significantly enlarge the boundaries of the sovereign State of Israel without a new war, this would be something for which he would be remembered by the Israeli people forever. On the other hand, if Netanyahu could sign the first peace treaty with a Gulf Arab state – and maybe several treaties – this would be a huge breakthrough and would also seal his historic legacy in Israeli eyes.

The only way to stop Netanyahu from grabbing what the Emiratis saw as Palestinian land was to go full Godfather and make Bibi an offer he couldn’t refuse.

The question was how?

In December 2019, the White House had asked the UAE and several other Arab countries to consider signing a nonaggression and nonbelligerency pact with Israel. Not a full treaty but a stepping-stone. MBZ was open to the idea, but he now realized it would not be enough to pull Netanyahu away from his desire to annex large swaths of the West Bank. The only way to get what he wanted, MBZ recognized, was to give Netanyahu what he wanted most – full peace, full recognition, full normalization. But MBZ would have to move fast.

First, he would take his proposal directly to Trump and get Trump to sell it to Netanyahu. There would be no haggling with Bibi in the souk – the traditional Arab bazaar – over this line item or that. All the negotiations would be done through the White House, not with Israel directly. After all, the White House was looking for a big breakthrough. So let them do the heavy lifting. They knew Netanyahu best. They had his trust. They had all the leverage. If it was possible to persuade Netanyahu to abandon annexation and instead embrace his dream of making peace with the Arabs “outside in,” Trump and his team were the only ones who could get it done.

MBZ was ready. But was Bibi?

Second, MBZ would take his case directly to the Israeli people. He dispatched Yousef Al Otaiba to write the UAE’s first op-ed for an Israeli newspaper, making the case in a friendly but firm manner (and in Hebrew) that this was not a pipe dream: The UAE was really ready to make peace with Israel – a real peace, a warm peace – and the deal could be sealed immediately, so long as Israel set aside all talk of annexation.

Trump loved the idea. So did Kushner, Pompeo, and the rest of the team. The seeds they had been planting, watering, cultivating for nearly four years were finally bearing fruit. Their work was paying off, and ahead of the elections.

They immediately brought the deal to Netanyahu and Ron Dermer, Israel’s ambassador in Washington. This was it, they told the Israelis. This was real, and it was now or never. Applying Israeli sovereignty over more of Judea and Samaria would come in due time. But front-loading annexation would be a serious strategic mistake. It would enrage the Arab world. It would enrage the Europeans. It could spark a Third Intifada, a violent uprising in the West Bank. But make peace with MBZ and Americans will cheer, and the world will cheer, and hopefully other Arab countries will come on board too.

To his credit, Bibi had the courage to say yes.

The world did not see it coming. Indeed, it almost did not happen. But by the grace of God, the prayers of millions, and the leadership of three men and their closest advisors, it came to pass. For me, each absolutely deserved the Nobel Peace Prize. They made historic decisions that will be remembered and cherished forever, and they opened extraordinary new opportunities for real peace and immense prosperity.